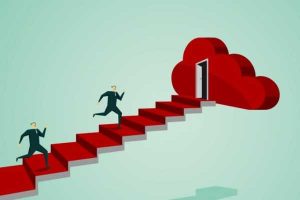 According to a new report, New Zealand and Australia are world leaders in enterprise cloud adoption…

Dubbed Navigate Your Digital Transformation with Cloud, a new report from Infosys seeks to separate the cloud leaders from the also-rans and finds Downunder well ahead of the curve when it comes to enterprise cloud adoption.

The research surveyed almost 900 executives across tech and business functions from organisations with over a billion in revenue from across the US, Europe, Australia and New Zealand, to get an insight into how enterprises are actually adopting cloud programs and identifying new cloud opportunities.

The report characterises Australia and New Zealand as among the world-leading ‘torchbearers’ of cloud tech, that is countries with a high adoption of cloud tech across business functions, and professed ambitions to become fully integrated and cloud-first organisations being reported.

“Handling legacy systems will require significant investments from enterprises as they work out how to migrate them to the cloud.”

Australia and New Zealand were also both found to be eager adopters of cloud tech in terms of end user productivity and business support areas, as well as ‘aggressively’ leading in cloud data and analytics adoption (76 percent).

Interestingly, while most businesses worldwide still err on the side of caution when it comes to choosing how they spread workloads between public and private cloud platforms, Australia and New Zealand are forging ahead, leading the small segment of countries embracing a ‘well-balanced’ cloud model. (Sixty-four percent of the Australian and New Zealand respondents report utilising the public cloud for between 25-50 percent of their workload).

But just in case you think that fast adoption downunder means foolhardiness – and a disregard for things such as ROI, reliability and implementation – think again. According to the report A/NZ respondents were the most vocal about the need for proper planning and implementation.

“Australia and New Zealand respondents viewed the need for a dedicated team to drive the transition (49 percent) and alignment between IT and business on the cloud roadmap (44 percent) as significant concerns.

“With legacy systems still rampant in most enterprises, it’s no surprise that aligning legacy systems is stated as a top challenge,” says the report.

“Handling legacy systems will require significant investments from enterprises as they work out how to migrate them to the cloud.

“It’s not a simple matter of ‘lift-and-shift’ applications but involves a more comprehensive approach. Australia and New Zealand respondents (63 percent) appear to be more troubled with this challenge compared to the US and Europe.”

Globally the report finds enterprises around the world well aware of the benefits of cloud adoption, albeit at different stages of their own migration to the cloud.

Similarly, there is a wide acceptance of the benefits of enterprise cloud tech with 94 percent of enterprises surveyed stating that they have an enterprise-wide cloud strategy – even if those strategies aren’t always followed through on.

“There is a dichotomy in the way enterprises execute the strategy,” argues the report. “Forty-nine percent of the respondents stated that the strategy is well-defined and followed religiously while 45 percent said that the strategy exists only as a guideline and individual business functions or geographies have the flexibility to develop their own.”

More predictably, the report finds most enterprises adopting cloud initiatives in the areas of end user productivity and business support functions first before moving on to extend it to core business functions such as manufacturing and supply chain.

“It was no surprise to find cloud adoption of 61 percent in end user productivity areas and 59 percent in business support functions.