News > You’ll be hearing from my IT guy

You’ll be hearing from my IT guy 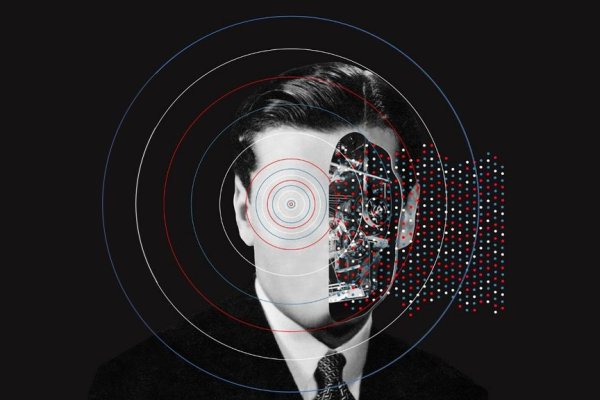 Forget the courtroom, I’ll see you in the cloud…

The legal industry’s digital transformation has looked like a very long train on an increasingly winding track – a train smash waiting to happen.

One recent example is a new platform aimed at settling commercial disputes online – rather than in the courtroom – which has added, if not an Uber, at least another carriage to the light rail alternatives.

Dubbed ‘Immediation’, the platform offers fixed-fee, speedy, expert-facilitated commercial dispute resolution – and it’s all done online. Parties submit their side of the story online and upload their evidence to the cloud, with experienced experts on hand for mediation, arbitration and binding determinations.

When you’ve got the desire and a need … that will create a digital arms race for change.

Founded by Melbourne-based barrister Laura Keily, the company has raised AU$1.8m so far and secured real McCoy legal talent, including a panel of former judges, solicitors, mediators to assist parties.

“We created Immediation to provide a fixed-cost, fixed-timeframe alternative process to resolve disputes and allow businesses and the executives leading them to focus their attention on what they do best – growing their business,” says Keily.

Much of those cost savings come from the speediness at which resolutions can be reached, says Keily, with the company promising results in as little as 30 days, rather than years. As settlement terms are agreed, they can be instantly converted into an actual agreement, with e-signing via DocuSign.

For now the company is focusing on corporate-to-corporate and B2B disputes, but plans to expand the service to the consumer market in the future.

Immediation’s launch coincides with a greater movement across the industry towards digital transformation–- and perhaps ultimately a larger overhaul of how the legal industry works in general.

Nick Whitehouse, CEO and co-founder of New Zealand’s McCarthyFinch (creators of authorAI, a suite of AI applications that automate legal work) says that such a digital transformation is overdue, as the growing divergence between consumer needs and how the legal industry actually operates becomes increasingly apparent.

“We don’t necessarily represent how that status quo is functioning as it’s providing society with what it needs… In New Zealand in particular it’s heavily focused on B2B or corporate clients and even those corporate clients themselves are struggling to keep up.

“There is a massive need from people who need legal advice, who do not go through to lawyers because it’s cost prohibitive, it’s intimidating and it’s confusing, so when you talk about access [to legal services], technology can enable a different way of working or a different way of solving that problem.

“We’ve seen the likes of LegalZoom and Rocket Lawyer who have been around for a long time who are reducing the cost of transactional services for end users, but you still have to be a sophisticated user and buyer to be using those services.”

So what’s likely to actually solve the problem and provide fair and frictionless access to legal representation?

“How law is actually practiced will have to change,” says Whitehouse. “There’s no money in [consumer level lawtech innovation], there’s not a lot of gain financially, so you’re not going to have a lot of tech startups or technology companies working to solve those issues.

“The people who are really motivated for the philosophical benefits of it, you’re not going to have a lot of competition in that space, so what we will see happen and what we see happening is people going where the money is, and hopefully the digital revolution in those spaces will trickle down to consumers.

“We know that 84 percent of corporates are looking at implementing artificial intelligence to do their [legal] work in a different way, which basically reduces the amount that goes out to external firms, which shapes the paradigm,” he says.

“It will be several years before this stuff gets embedded, but when you’ve got so many people putting it on their roadmaps, experimenting with it, then it shows that there’s a massive desire there…And when you’ve got the desire and a need then you’re going to have providers coming in and that will create a digital arms race for change.”

“That’s what will build momentum and that will be the paradigm shift as to how law is practiced.”

Let’s hope the legal profession approaches its use of technology with, like other sectors have been forced to, the customer experience at the forefront.

It might be a better outcome than the train smash alternative.