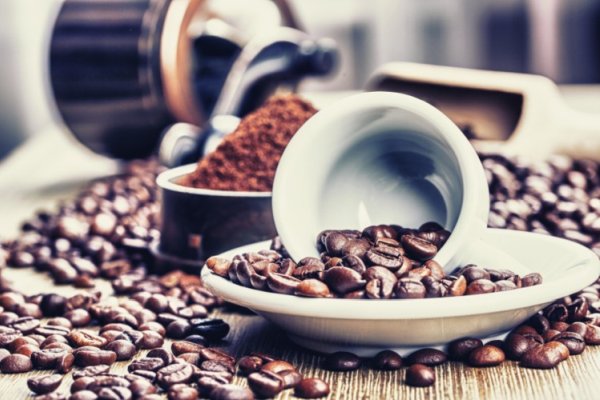 From tracing your morning bev to quantum computing…

With the kick-off of its annual re:Invent conference in Las Vegas, AWS was quick out of the blocks with a raft of announcements around the ‘new frontier’ for computing. Quantum computing is expected to boot the capabilities of the computer into an entirely new league, promising gains in performance which will, in a stroke, make a mockery of Moore’s Law.

Also, the first media round table raised the spectre of the blockchain, in this case being trialled by consumer products company Nestle to better track and trace the origins of coffee. Yes, heads were scratched and more on that later.

Quantum computing is far from mainstream, but AWS is looking to commoditise it already.

First, let’s look at quantum computing, starting with just what exactly that is. Those who have dabbled in physics, and possibly also those who have dabbled in James Bond flicks, will recognise that quantum generally implies very small things. In computing, very small things has long been recognised as advantageous, which is why you’ll see processor manufacturers bragging about the ever-reducing number of nanometres involved in the production of a computer chip.

Quantum computers go all the way past the atomic level to the subatomic, so nanoscale becomes rather like using a builder’s measuring tape when sizing up computer components. At the subatomic scale, particles behave rather oddly, capable of existing in more than one state at any time. Where regular computers are limited to two states – the one or 0 of binary, really – quantum computers aren’t.

They can, but although theoretical physicists including the great Richard Feynman have theorised about quantum computers since the 1980s, there aren’t really any real examples of them in action today (Google AI and NASA recently said its Sycamore quantum processor completed in 200 seconds a task the equivalent of which would take a state-of-the-art supercomputer approximately 10,000 years to complete.)

Which is what makes AWS’s announcements noteworthy. The web giant said in a statement that it’s AWS Braket service, which is named for the notation for quantum states, lets customers explore, evaluate, and experiment with quantum computing hardware to gain in-house experience as they plan for the future.

Ah, but AWS is not building a quantum computer – rather, as is it’s wont, it is providing services on which you can…one day…potentially access and use an underlying quantum computer, to be built by third parties.

At the same time, it is establishing the AWS Center for Quantum Computing, and the Amazon Quantum Solutions Lab as it seeks to accelerate the development of quantum computing technologies and (crucially) applications. After all, quantum computing is so radically different from the Turing model of computing that, well, we’re going to need a whole new generation of nerds to make sense of it. Oh, and new applications, too.

In a statement, AWS SVP for utility computing services Charlie Bell, “We believe that quantum computing will be a cloud-first technology and that the cloud will be the main way customers access the hardware.” Translation: quantum computing is far from mainstream, but AWS is looking to commoditise it already.

Coffee blockchain
Call us dumb, but we have a hard time understanding why the blockchain would be good for, well, anything, really. At it’s heart, the blockchain is an ‘append-only’ ledger which can be publicly accessible. It can also be super, super inefficient, as demonstrated by its most (in?)famous implementation, Bitcoin.

But those are not reasons for Nestle to avoid trialling Amazon’s blockchain for tracing the origins of Nestle coffee. There’s a snazzy video which explains why Single Origin is a thing, but does little to explain just exactly what, if anything, the blockchain actually does to enable that.

Which is why it was a treat to have the affable Armin Nehzat, digital technology manager at Nestle, on hand for some additional insights. “No, I am not going to sell you Bitcoins!” he declared at the outset.

Why blockchain, then? The answer is that a lot of the data you might like to check to verify the origin of your brew is contained in ERP and other ‘proprietary’ databases. Hard to access, hard to share, hard to verify.

“This data is critical to do demand planning and product personalisation. Across the supply chain, we come up with SKUs and ship them to market, we ask consumers what they want, we ask farmers what they have. We need real time collaboration through the supply chain and blockchain was identified as the most suitable technology for this application,” explained Nehzat.

He also pointed out that blockchain comes in many flavours (not entirely unlike coffee, then) – and another media attendee later said in his opinion, Nestle’s pilot application is more like a private ledger.

If such matters pique your interest, check out how you can trace your morning bev here. Potentially due to intellectual limitations, your humble correspondent remained unconvinced as to how the blockchain allows you to see the full provenance, and somewhere a head is still being scratched over the Oracle problem.