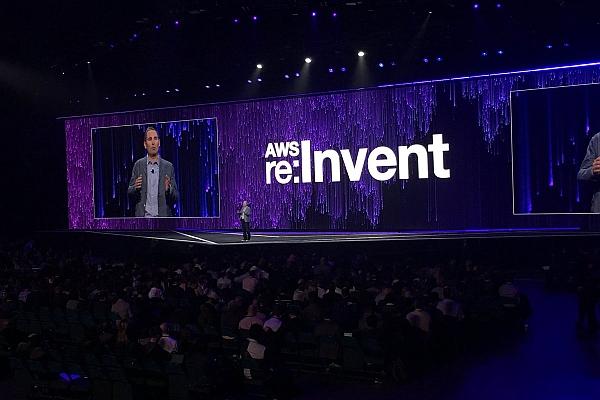 Best known as a provider of SAP solutions and services, Soltius has in recent times added a considerable Amazon Web Services capability to its solution portfolio. Several of the company’s cloud architects are in Las Vegas at present, attending the internet giant’s re:Invent conference where, as is traditional for AWS, multiple announcements of new features and developments on its platform are being made.

Before getting into the detail of the re:Invent announcements, it is useful to understand why Soltius has taken this direction. Speaking from the event, cloud architect Peter Joseph explained: “In the past, we had to rely on the customer to provide their own infrastructure, or look to a third party, when deploying SAP solutions. Adding AWS cloud to our capabilities and establishing a practice around it means we can do it all, from top to bottom, with more cohesive, tightly bound projects and faster delivery times. When infrastructure and applications are hand in glove, the possibility of any upsets between them is diminished – and we can also manage the entire solution with our managed services competency.”

All of which makes good sense; while he wouldn’t describe it as such, most recognise the possibility of ‘finger pointing’ between different parties when glitches inevitably occur at the interface of application and infrastructure.

So why, then, has Soltius chosen AWS when SAP itself offers various cloud PaaS/IaaS services. “Some of SAP’s offerings are on AWS as the back end,” said Joseph, “And its offerings are more in line with traditional SaaS. There isn’t feature parity and we’re seeing more options in terms of the combinations that customers want [from AWS] particularly for the enterprise which can have more than 15 or 20 SAP systems. And AWS with 44 percent market share against the single digits of every other competitor is a clear market leader, in the top right of every Gartner Magic Quadrant in all categories where it competes. It isn’t just ahead of the competition, it has a huge lead.”

Coming to news from the event, Joseph’s colleague Igor Gentil – also a cloud architect – said one of the most significant developments he’s seen is the introduction of new features for Amazon’s Aurora database, including Multi-Master. “It is now fully certified for SAP Hybris workloads, and can now scale all database operations across the cluster in multiple availability zones and even multiple regions (coming soon).”

This is important for customers, explained Gentil, because most have hybrid environments, and many have unpredictable capacity requirements. “Aurora now delivers far greater flexibility and the ability for database processing to go up and down in response to demand. It also means Aurora can automatically scale to orders of magnitude bigger than any competitors – and with multi-region clusters, our multinational customers can have globally distributed hybrid applications. This is a real game-changer with immediate benefit.”

Gentil also pointed to developments in S3 Select and Glacier, which he said now includes the ability for more efficient queries, boosting the ability to access big data in S3 object storage at low cost. “Glacier archives data indefinitely at an extremely low cost, but it was both difficult and expensive to access that data. AWS has just announced that it can now be directly queried, without having to ‘unfreeze’ it first, and now only for the cost of the specific query.”

This, he said, enhances the value of archived data. “It means people are able to use data rather than just have it sitting there. It helps to make the big data promise a reality.”

With much hype around machine learning and the internet of things, Joseph said making these features accessible to everyone will have immediate applicability in the A/NZ region. “With ten or so new products and services in ML and IoT, AWS is looking to ‘democratise’ these capabilities. It’s a common complaint from customers that they want to put ML or IoT to work, but the bar is too high, the skills are too inaccessible, especially when you’re talking to customers in the regions.”

AWS is, he said, doing for ML and IoT what it did for virtualisation and servers over the course of the past decade. “The new capabilities mean you could get started today and have ML models up and running in 10 or 15 minutes. AWS has signalled its intent to bring everything into the cloud – data from the smallest devices, with tiny amounts of data. It’s an interesting development for a company in the virtual world, extending so directly into the ‘real world’.”

Gentil agreed. “ML is the Everest – it’s awesome, big and beautiful, but to date only the best could climb it. What AWS is doing now is creating a gondola which goes straight to the top. Companies in A/NZ are going to benefit hugely from that.”

And while he has mentioned costs, something AWS has focused on continually bringing down, Gentil said the advantage with the vendor doesn’t rest in reduced pricing – because cost is only one component of value. Instead, “AWS is not just a cheaper option. It is about elevating and speeding innovation with the cloud. With AWS, all the innovation you need and probably a lot more happens in the infrastructure automatically. It means your business can focus on the very sharp end and innovate where you can create a competitive advantage.”

Soltius is hosting events next week in Auckland and Wellington where Peter Joseph and Igor Gentil will share their insights from re:Invent with local customers and prospects. Register now to attend.