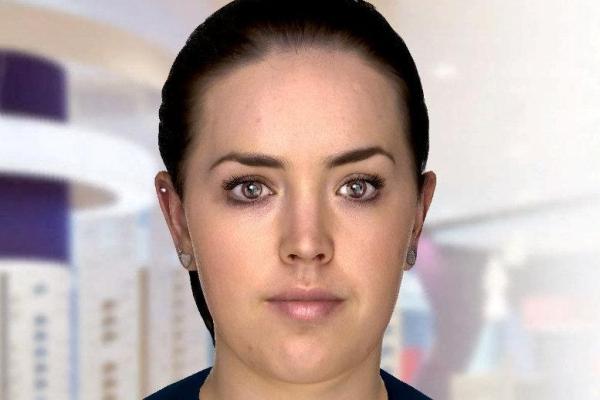 Our favourite electronic freakshow, Soul Machines’ ‘Baby X’ looks like it is growing up. That comes courtesy of an announcement by Soul Machines that it is in advanced testing of an AI powered ‘digital human’ with a United Kingdom bank. The idea is that this…gizmo…could in future be used as an additional way for customers to get answers to basic banking queries.

The real question, and one which iStart has posed to many ‘AI interviewees’ is if it is a good idea to pass technology off as human. Uncanny valley and all that. Most, if not all, reckon it’s a bad idea; after all, ‘normal’ people, that is, those who don’t live in the tech bubble, are only just getting used to the idea of software. Do Siri, Alexa and Bixby (yeah…who?) pass themselves off as ‘digital humans’?

In any case, back to Auckland-HQ’s Soul Machines and its customer, NatWest. In a statement, the tech company said the bank has used a text-based chatbot called ‘Cora’ which answers 200 basic banking queries and now has 100,000 conversations a month.

Soul Machines is juicing Cora up. The company said ‘drawing upon advances in neuroscience, psychology, computing power and artificial intelligence’, it has built a new Cora prototype to include a highly life-like digital human that people can have a two-way verbal conversation with on a computer screen, tablet or mobile phone.

Cora the digital human can answer basic verbal questions like “How do I login to online banking?”, “How do I apply for a mortgage?” and “What do I do if I lose my card?”

The idea is that this…entity…could serve as an additional way for customers to get help on top of the usual branch, telephone and online services and in the long run could answer hundreds of everyday banking questions.

“We think it could create another way for our customers to bank with us on top of the usual services we offer and be used to help answer questions round the clock, whilst cutting queuing times for simple questions. The technology has real potential for the future and we’re also looking at how we can use it to help train our staff on certain subject matters,” said Kevin Hanley, NatWest Director of Innovation.

Cora goes beyond the usual chatbottiness by incorporating inputs from audio and visual sensors, standard in modern computers and mobile phones, ostensibly allowing it to respond to nonverbal queues. That massive frown resembling a valley, uncanny or otherwise, crisscrossing the befuddled head of a customer might just serve as a cue for Cora to do something special.

Soul Machines said it uses biologically inspired models of the human brain and neural networks to create a virtual nervous system for their digital humans that can detect human emotion and react verbally as well as physically, through facial expressions. Like humans, it is trained when dealing with new subject matter and when she makes mistakes she learns, so that over time the interactions become more and more accurate (note: in a previous story, we erroneously referred to Baby X as a ‘he’. Given recent gender studies and the apparent emergence of multiple genders, we’re going to revert to using the gender-neutral ‘it’).

The good news, or bad depending on how you look at it, is that Cora the digital ‘it’ will only go into production on completion of a successful pilot. If that happens, it is thought the ‘roided up chatbot could help free up time for human advisors to answer more complex customer questions and could also be used to answer queries which fall outside normal working hours and days.

Soul Machines Chief Business Officer Greg Cross said the pilot seeks to ‘evolve Cora into an emotionally responsive digital human that can interact face-to-face’. “Using Soul Machines to reimagine their customer experience sets [NatWest] apart and continues to show the bank’s leadership in engaging and providing the highest level of service for their customers.”

And did we mention uncanny? Soul Machines isn’t completely unaware of the challenge, but sees the bright side. It noted ‘testing to date has suggested customers that have avoided digital services in the past may be more inclined to interact with digital humans like Cora and it could help blind and partially sighted customers who are unable to engage with visual content’.

Which begs another question. How are the blind to see a ‘digital human’?

Keeping to calling it ‘software’ might just make things a tad easier to swallow.