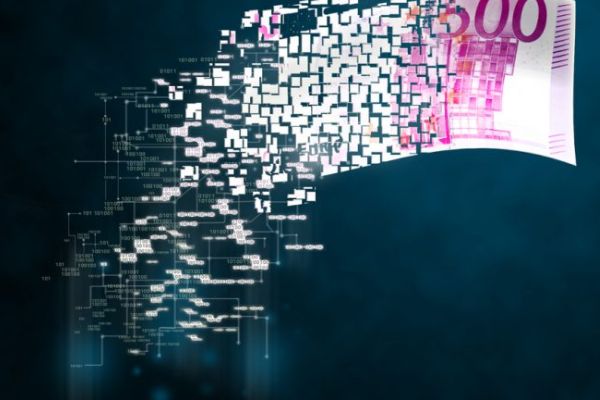 Cash is no longer king, but what’s the replacement?…

The future of money for New Zealand could lie at least in part in Central Bank Digital Currency, with the Reserve Bank signalling its interest in launching digital currency in an effort to enable New Zealand to ‘keep its monetary sovereignty’.

The Reserve Bank Te Pūtea Matua recently released a discussion document looking at whether a Central Bank Digital Currency (CBDC) – a virtual form of a country’s fiat currency backed by a central bank – is right for Aotearoa.

Central banks around the world have been looking closely at CBDC as a means of countering the cryptocurrency craze – no doubt fearful of what might happen if they too don’t get in on digital.

The Bank of Canada, Bank of England, Bank of Japan, European Central Bank, Federal Reserve, Sweden’s Sveriges Riksbank and Swiss National Bank along with the Bank for International Settlements are among those exploring the digital currencies.

The Reserve Bank of Australia, meanwhile, has joined with the Bank for International Settlements Innovation Hub, Bank of Negara Malaysia, Monetary Authority of Singapore and South African Reserve Bank to test the use of CBDCs for international settlements.

The RBA has previously indicated that it doesn’t see a case for retail CBDC, however it is working with several banks, including Commonwealth Bank, National Australia Bank and perpetual, to issue domestic wholesale CBDC.

Interest in CBDC and stablecoins heightened following Facebook’s announcement back in 2019 of its would-be stablecoin, dubbed Libra. Launched with plenty of fanfare, it spluttered and failed to launch, following condemnation from central banks that Libra would become a quasi-sovereign currency, particularly in developing countries. Libra has since been rejigged into the Diem blockchain-based payment system.

It says the declining use, acceptance and availability of hard cash, along with emerging innovations in private money, such as stablecoins, make now an opportune time to consider a CBDC.

Unlike other cryptocurrencies, both CBDC and stablecoins are tied to a traditional currency, making their value more stable.

Christian Hawkesby, Reserve Bank assistant governor and general manager of economics, financial markets and banking, says trends in cash use and availability along with digital innovation create opportunities to innovate as well as challenges.

“A Central Bank Digital Currency would see the features and benefits of cash enjoyed in the digital world, working alongside cash and private money held in commercial bank accounts,” Hawkesby says.

“It could make for much more efficient and integrated platforms benefitting individuals and businesses, as well as protecting monetary sovereignty. However, any decision to issue a CBDC would need to carefully consider operational risks, such as cyber security, and impacts on the financial sector.

Key among the challenges is ensuring any CBDC won’t be compromised by cyberattacks, operational outages and data privacy breaches.

“These risks could be elevated if the CBDC were built on a new or untested system, such as a distributed ledger, or if it became a target of cyber criminals,” the RBNZ report says, noting that such an event would have ‘significant impacts on public trust’ in both the CBDC and the Reserve Bank.

But there’s another issue too, that the Reserve Bank is wary of: More competition for commercial banks, already facing stiff competition for deposit funding from the likes of stablecoins.

“Competition and additional choice in financial services can benefit financial stability (not least by reducing the too-big-to-fail problem), but an uncoordinated and large-scale disruption to incumbent providers arising from implementing a CBDC could be disruptive to financial stability and our monetary policy settings.”

RBNZ’s work comes as the Bank of International Settlements releases a report saying CBDC and stablecoins may in fact pose risks for emerging markets and developing economies, including risks related to governance, efficiency in payment processes, consumer protection and data privacy.

A US report this week from the Biden administration advocates for stablecoins, saying they could transform the way citizens pay for everything, and would support faster, more efficient and more inclusive payment options. However, the President’s Working Group on Financial Markets also says legislation should be passed to limit stablecoin issuing to insured banks only.

Meanwhile, for those wanting to still have the feel of cold cash in their hot hands, never fear, Hawkesby was at pains to note that the case for keeping cash ‘is well understood and accepted by the Reserve Bank.

“Cash is here to stay for as long as some of us need it.”

Feedback on the discussion document is due 06 December.