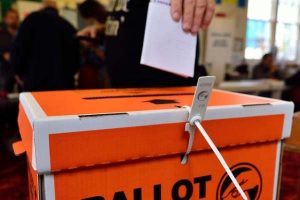 Legislation is required to ensure greater, more proficient scrutiny of the voting process across Australia and New Zealand on the back of increasing use of technology.

“If you introduce technology into the electoral process, which we have done in NZ and Australia, there is theoretically a possibility that someone could get access to both the system that created the ballot and the one that counted it. The consequence of that if they publish on the internet would be unpleasant,” he says.

“It’s the canary in the mine.”

“You need to have an independent audit process done by people who have competence and skills in technology-based audit, and you need the legislation to not just support, but insist, on those processes.”

Brightwell says computer auditing is a specialised process and it’s unreasonable to think the average candidate scrutineer will have the computer audit experience required.

It’s a model already used in countries including Norway, which has an election board, sitting separate from the body running the elections, running specialised scrutiny.

To be clear, Brightwell is not suggesting anything untoward is underway currently, instead he’s keen to see protections put in place for the future.

“I trust implicitly the electoral commissions around Australia and New Zealand today. I have no doubt they’re doing a terrific job and there’s no corruption.

“I’m not sure, however, about the electoral commissions in Australia or New Zealand in 20 or 30 years’ time.

“So what’s important is to get in place scrutiny processes today that allow us to spot in 20 years’ time some corrupt process that may have emerged because of unforeseen changes in our political landscape.”

He notes the potential for ‘some looney to get their hands on the steering wheel and find weaknesses in the electoral process’, manipulating the outcome through those weaknesses (we’re looking at you Mr Putin).

It’s a message Brightwell has been pushing to Australia’s Electoral Matters Committee, with some success: A recommendation was made by the Electoral Matters Committee advocating for a non-partisan independent expert scrutineer be appointed to each Central Senate Scrutiny Centre in each state and territory. That committee report, however, has, like many before it, disappeared into the bowels of Australia’s system with no response from the government and no action taken.

Brightwell’s comments come on the back of an ISACA survey of 8,500 IT professionals globally which found 57 percent of Australian and Kiwi respondents believe misinformation, hacking or tampering with voter registration rolls or tampering with the tabulation of voter results will ‘significantly impact’ the outcome of (in Kiwis case) the upcoming election or future national elections in Australia’s case.

New Zealand goes to the polls on October 17. Both Queensland and ACT will also hold State elections in October – with ACT deploying a system for internet voting.

That system, however, remains cloaked in secrecy.

“They haven’t told anyone what the system looks like, it’s all secret and they’re not going to tell you anything about it, but they’re going to open it up in a week or so, and everyone who’s eligible can have a go,” Brightwell says.

“That’s the absolute anathema of what an electoral process should be about.”

The topic of electronic voting is fraught, with a strong anti-internet voting lobby.

“They’re scared the anti-internet voting lobby will attack them, so their answer is simply not to tell anyone at all, even the people who are voting. They’re basically saying this is a non-transparent process, just trust us.”

Brightwell used to run Australia’s only other electronic voting system, in NSW, and says it was the focus of action from a well-organised anti-internet voting lobby group, who argue that its impossible to guarantee the vote cast electronically is the vote counted.

While he acknowledges that most of the lobby groups comments were ‘technically legitimate’ he argues that electronic voting takes many forms, and when you’re in an environment with compulsory voting, such as Australia, and the alternative is to use postal voting – or as NZ is doing, a convoluted process of printing documents, filling them out and uploading a photo of your vote from your mobile phone) – electronic voting is a better alternative.

“As a replacement for remote postal voting, remote electronic voting is a better alternative.”

Brightwell himself believes if you’re going to have electronic attendance voting it’s a ‘great idea’ to have an audit trail, using the US recommended practice of voting electronically, via a device at a polling booth, but having a paper ballot also which can be audited later if need be.)

He’s confident universal postal votes – such as New Zealand’s local body elections (most Australian states have a mix of postal and attendance voting) – won’t exist in the future, noting that the postal service is rapidly shrinking worldwide and Covid is also likely to push remote voting.

“The chance it will be there in 10-15 years time to run elections is fairly slim, so you had better have a plan B up your sleeve,” he says.

“It always amazes me that you can have the situation where the bleeding bloody obvious is staring you in the face and because there is a lobby against electronic voting, it just gets dismissed.”