News > $16b in tech exports, but NZ failing on digital inclusion?

$16b in tech exports, but NZ failing on digital inclusion? 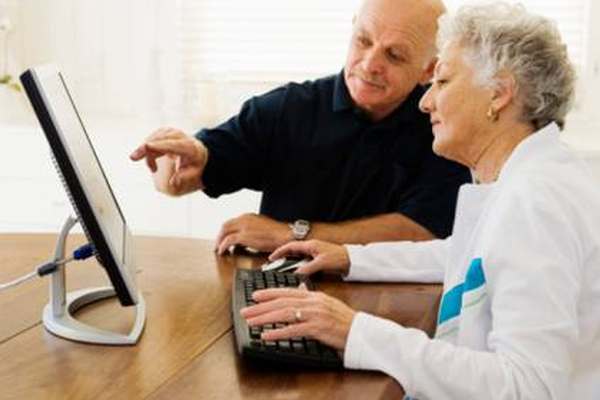 What’s required to leave no slow digital-adopter behind?…

As the world faces the most sweeping recession in living memory, it’s important to celebrate our wins when we find them. Here’s one: According to NZ Tech, the New Zealand tech sector is very much on the up and up, employing around 114,000 people last year, creating 2,148 new jobs and 555 new companies in New Zealand.

“The 200 largest [New Zealand] exporters alone had $8.7 billion in overseas sales in 2019 and this is growing at close to $1 billion a year, every year,” says NZTech chief executive Graeme Muller.

There’s a lot more to lifting up the vulnerable than suggesting a device in every hand and a connection in every home, and demanding a cheque to match.

Muller says technology is on track to be New Zealand’s largest export industry well before 2030, ‘as long as we can increase the flow of skills and capital to support this growth’.

“If we can provide the environment for entrepreneurs to build the next Xero or Rocket Lab we will see thousands of new technology businesses established.”

So far, so good. Kiwi tech talent needs to be nurtured. But as the country’s tech chops continue to sharpen, some are getting left behind, argues the Citizens Advice Bureau.

Released in pre-Covid 2020, the Face to face with digital exclusion [pdf] report, produced by the Citizens Advice Bureau, says that there are still high numbers of people struggling to interact with government online services – an increasing concern as more public services move to digital-only channels.

“People of all ages are coming to us stressed, frustrated and excluded when trying to access Government services,” said CAB chief executive Kerry Dalton at the time of the report’s publication.

“It’s getting harder to access human support from government agencies, but people’s needs for face-to-face services are as real as ever,” Dalton said.

The CAB says the report is informed by more than 4,000 CAB client enquiries between September 2019 and November 2019 where people were facing barriers to ‘participating fully in society because of information and services being online’.

The report highlights that for some people, the Government’s shift to digital services is increasing vulnerability. As of 2018, around 10 percent of New Zealanders – just over half a million people – didn’t have access to the internet.

“Interacting with government services is often about accessing rights and entitlements and it’s important that there aren’t any barriers in the way. There needs to be genuine choice for people about how they can interact – whether online, face-to-face, through others or by phone. Particular attention must be given to the needs of Māori and Pacific peoples who are being disproportionately disadvantaged,” says Dalton.

So what should be done?

InternetNZ’s got an idea, and it’s calling on New Zealand’s political parties – and everyone else – to sign on to its five point ‘digital inclusion’ plan.

“We have also seen some really great initiatives from government, telcos and non-government organisations to get connectivity and devices to people during the COVID-19 lockdown.

“However, affordable connectivity and accessible technology are still not available to many New Zealanders,” says Carter.

To that end, InternetNZ has developed a five-point plan focused on affordable connectivity, getting devices to people who can’t afford them, and addressing accessibility barriers, wrap around support for the newly connected, digital skills for displaced workers and our small businesses and longer term Internet resilience. (The plan builds on the Government’s vision for digital inclusion, issued in March 2019, which includes a digital inclusion plan for roll out over 2020-2021).

In essence, InternetNZ is calling on the government to make connectivity affordable and accessible for New Zealanders on low incomes and who have recently become unemployed; to make devices available to low income New Zealanders at low (or no) cost; increased funding  for organisations that support the newly connected; government-funded digital skills training to help people find employment; and a call to address gaps in coverage and performance across new Zealand. Spark and Vodafone like the idea, and, along with 50 other New Zealand organisations, have endorsed the proposal.

Such a plan is definitely well-intentioned – and almost certainly expensive – but one can’t help but think of June’s forehead-slapping ‘unwanted modem’ misadventure, if only as a cautionary tale: As part of the Government’s $87.7 Covid-19 education support package, hundreds of modems were delivered to high-decile schools around the country that simply didn’t need them, in many cases well after normal school sessions had resumed. And while one well-to-do school received $70,000 worth of unwanted modems (and six months’ internet service paid for by the Ministry of Education), many other students from lower income families without internet connection didn’t receive anything.

Of course that snafu is hardly the end of the world – just embarrassing and expensive – and most Kiwis understand that even the best laid plans can go a little sideways in the midst of rapidly unfolding global pandemic.

But it’s also a good reminder too that there’s a lot more to lifting up the vulnerable than suggesting a device in every hand and a connection in every home, and then demanding a cheque to match.

Yes, let’s support Kiwi tech. Yes, let’s support the vulnerable. But remember, as taxpayers start to feel the pinch of recession, they’ll come looking for relief – or at least someone to blame – and good-intentioned schemes without good management and real results make for very easy targets.