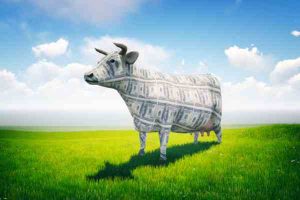 And it is going loud and global at the moment as alternative protein sources are explored to feed a growing population with a fixed water resource.

Should New Zealand be moving away from its traditional primary industries and getting its biotech potential to market?

“Any suggestion that New Zealand will or should compete in manufacturing chicken-free chicken or meat-free burgers is misinformed.”

In 2009, the OECD estimated that the New Zealand bio-economy could contribute an additional US$11.4 billion to GDP by 2030 (as an aside, this is a figure which has been horribly mis-quoted since, including in recent media releases, as US$124 billion – originally in NZBio’s Driving Economic Growth Through Bio-Based Industries report).

Regardless, the prize is still large, but is laboratory-based food or pharma a threat to New Zealand’s largely pastoral based agriculture?

And is the sector burying their head in the urine-soiled alluvial sands on the banks of the Selwyn river?

Well, no, and no. A recent study commissioned by Beef and Lamb NZ (i.e. funded by farmers) agrees there is no doubt that alternative proteins are likely to become a major industry for savvy entrepreneurs with large-scale production of burger patties and mince likely to be a reality within ﬁve years.

“Global meat consumption is on the agenda of governments as they grapple with managing the environment, population growth and the health of their citizens. Whilst change will be slow, we are expecting regulatory measures by governments which may affect red meat consumption or production.”

“There is a steady flow of investment capital and big foods, venture capitalists and investors are increasing both the size and speed of their investment in alternative protein.”

“The convergence of all these investors means the potential upside has become too valuable to ignore and it is likely to only be a matter of time before further technical breakthroughs mean mass production and scale is achieved.” They were speaking in global terms.

Given our strong foundation in both primary sectors and tech innovation, there’s no reason New Zealand won’t enjoy a share share of the growth in global biotech.

But any suggestion that New Zealand will or should compete in manufacturing chicken-free chicken or meat-free burgers is misinformed. The go-to alternative protein source, soybean, is simply not grown here (out of interest, Air NZ’s Impossible Burger uses a US-based, genetically engineered soy protein/yeast alternative – hmmmm).

But a meat free dystopia does form a backdrop that’s part of the logic behind the recent merging of NZTech and NZBio.

“We have seen biotech companies like Comvita merging their knowledge of a natural product like honey with biotech to create world-leading honey-based medicinal products,” says NZTech chief executive Graeme Muller.

There is also major, if less visible, pharmaceutical manufacturing out of the dairy and meat industries that dominate any analysis of NZ’s biotech sector.

The connections between IT and the laboratory might not seem obvious, but that hasn’t stopped a merger between the two associations.

“As biotechnology, high-tech manufacturing and ICT such as artificial intelligence begin to cross over, the New Zealand tech ecosystem is now well placed to identify and support future growth companies through this coming together of NZBio and NZTech.”

Another example out of NZBio is animal health company Argenta Limited’s collaboration with Australian non-profit pharmaceutical company Medicines Development for Global Health to secure US FDA approval of a new treatment for river blindness, the first new FDA-approved treatment for the disease in the last 20 years.

“Our remoteness in New Zealand from Sub-Saharan Africa makes it hard to fathom the impact of this debilitating disease, which has seen scores of people abandon the fertile land where river blindness is endemic,” says Doug Cleverly, Argenta’s CEO.

“As a company, we are dedicated to animal health, but this is a special human cause that allows us to use our expertise in the animal field in another area. Challenges such as these encourage our inventive nature and if we can succeed in reaching those in need, the improved health potentials are huge.”

“Achieving FDA approval is a momentous achievement for any bio-pharmaceutical company, but it is a particularly rare and exciting event in the neglected diseases setting,” says Mark Sullivan, founder and MD of Medicines Development for Global Health.

If that is what NZ biotech success looks like, bring it on, but please, spare us the pattie-talk.