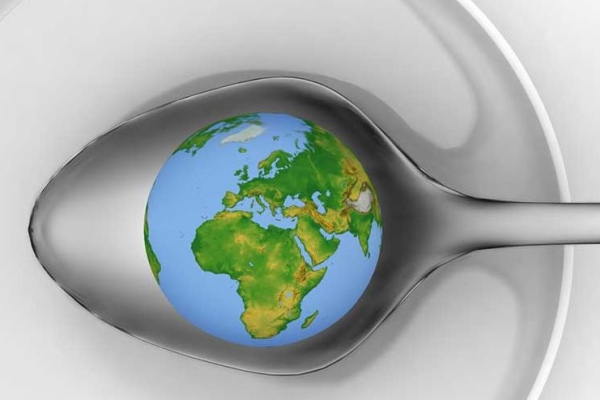 A new report says NZ is sitting on a biotech goldmine…

BioTechNZ has just released its analysis of the state of biotechnology in New Zealand and its impact on the economy and society. Long story short, there’s huge demand for Kiwi biotech, but to realise all that potential, there’s still work to be done.

When we talk about biotechnology, we’re talking about applying technology to living organisms to produce new products or knowledge. That includes historical processes such as making beer, bread and cheese, as well as the selective breeding of plants and animals for desired traits.

When we talk about modern biotech however, what we’re usually referring to genetic manipulation and the fusion of cells beyond the normal parameters of breeding.

“An expert panel…concluded that it is time for a regulation overhaul.”

We can do a lot. Genetically engineered bacteria are used to create insulin to treat diabetes, and more complex proteins such as hormones and antibodies can be produced too. Currently, new gene therapies are being used to target cancer and treat diseases like Parkinson’s disease and cystic fibrosis.

“Other new tools include CRISPR-Cas associated nucleases, that enables the modification of specific genes within an organism’s genetic material with greater precision and with fewer unintended changes elsewhere in the genome,” says BioTechNZ in the Innovating for a Sustainable Future report.

“These new technologies enable modifications to individuals, for example CAR T-cell therapy, which helps the immune system target and remove harmful substances in the body, including cancer.”

Modern biotechnology also includes DNA profiling for better selective breeding of plants and animals. These projects can produce plants resistant to insects, livestock with better meat or wool quality, as well as microorganisms that can clean up pollution in soil, air or water.

The numbers
Capabilities are growing and global demand has created a global biotech market that is expected to be worth $US729 billion by 2025.

“The world is currently facing unprecedented global challenges with the world’s population predicted to grow to 9.7 billion people by 2050,” says the report.

“This population growth is stimulating global megatrends including climate change, water shortages, loss of biodiversity, overuse of natural resources, increasing dependence on fossil fuels, an aging population, and greater expectations of healthcare and health systems. These global trends are dramatically impacting all economies and this is driving demand for technologies, including biotechnology, to help mitigate these challenges.”

New Zealand has a small but growing biotech sector, including some 211 companies, and with annual revenues of $2.7 billion.

Nearly half of the sector, 45 percent, is based in regional New Zealand.

Potential
There is increasing global demand across the biotechnology spectrum for solutions to health, agri-food and environmental challenges, the report says.

“This is presenting New Zealand with multiple economic opportunities. For example, bark biorefinery could add $1.8 billion to GDP and clinical trials could create an additional $880 million in GDP.

“Added to this, is the role that biotechnology plays in enabling and growing New Zealand’s critical bioeconomy, worth $49.4 billion.

“In addressing these challenges, it is clear how important a thriving biotechnology sector is for our future.”

We’ve got a lot going for us in New Zealand, says the report. Aotearoa has had more than 100 years of research into dairy proteins, is a world leader in pasture research, and has expertise in forest genetics biotech.

Include an excellent business environment, an educated populous and strict quarantine standards in the mix, and the opportunity is ours to lose.

“It is ranked number one in the world for doing business, is rated the least corrupt country in the world and is rated second in the world among the top 100 life science universities…New Zealand also has the most PhD graduates in life sciences per capita, a high level of international research co-authorship and the highest livestock disease free status globally.”

So what’s in the way?

“In New Zealand, there have been calls for wider public discussion about gene-technology and a review of the current regulations by multiple parties in recent years. An expert panel…concluded that it is time for a regulation overhaul.”

Champion says there is also an urgent need for wider discussion and debate about gene editing, within and across all New Zealand communities.

“As of now we need to drive change in New Zealand’s approach to understanding of genetic modification and review regulations relating to biotechnology and genetics.

“The science of genetics has developed considerably since our regulations were put in place and they don’t recognise the multitude of new technologies that exist to modify genetic material.

“So our regulation is a bit like a hammer when we might be better off with a selection of chisels.”