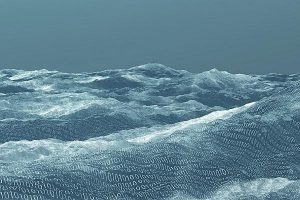 It turns out it’s far easier to create, collect and stash the stuff than it is to put it to work and actually do something useful with it.  That’s according to Xero’s head of data innovation Sam Daish, who said it doesn’t surprise him in the slightest that a very low percentage of data collected and held today is used.

“Gathering the stuff is so easy these days that you have to work hard not to collect data. Our ability to create vast stores of data is outstripping the ability for people to think about how to use it,” he pointed out.

While estimates of how much of the total digital data generated today is used for anything vary, most analysts put it at between one and five percent.

Daish is presenting at the 2018 Business Intelligence Summit, taking place in Auckland 26-27 March at the Grand Millennium Hotel, where the theme is ‘Transforming BI services to add value to data’.

Business intelligence starts with data and Daish said to date, accessing the stuff, moving it around, combining it, and then going to work on it with BI tools just hasn’t been all that easy. Indeed, it has given rise to a rift between those who can make it work (the IT folks) and those who need it to work for them (the business users). “Even or maybe especially in the cloud era, it’s not a simple matter to move large volumes of data and format it for analysis and then use it in decisions and operations. It’s difficult for users to understand the data, too, and whether or not it is suitable for the purpose for which it is collected.”

The gap becomes wider because, said Daish, BI professionals tend to be trained in, and have work experience, around ensuring a high bar for data integrity and quality. But, data quality is something which is better left in the hands of businesspeople and not tech specialists. “In many instances there remains a strong need for a ‘single source of the truth’. If you’re a health provider then you want extremely high integrity of which patient is which for example. But in many other cases there are nuances about how the data can be used, where agility is more valuable than standardisation, and where data can be used as an offensive or defensive strategy,” said Daish.

Explaining that both are necessary, every company is simultaneously operating in both the offensive and defensive space.  “It’s actually taking the approach that’s best for the specific problem that can be tricky. Particularly if your experience as a BI professional is in extraction, integration and accurate reporting and you’re being asked to do something that creates multiple versions of the truth for a range of stakeholders. Sometimes it can just feel wrong.”

Daish said a crucial step to value is to stop thinking of yourself as just a provider of services, instead be a fully engaged part of the organisation and what it’s trying to achieve. “You know that phrase ‘IT’ and ‘The Business’, that’s poisonous. It immediately sets up that you inhabit two different worlds. I try to talk about what ‘Xero’ is trying to achieve not what ‘The Business’ is trying to achieve, it’s about how we work together to solve something that’s important to all of us.”

Daish believes despite the acceleration of BI self-service tools this partnership approach is increasingly important. “As data becomes more and more pervasive and it becomes more and more embedded into decisions that are made automatically, there will remain a need for someone to have their eye on integrity, consistency and quality. They’ll also need to know when a bit of inconsistency and flexibility is ok, and in fact preferable, to solve a problem.”

To register or for more on the 2018 Business Intelligence Summit.