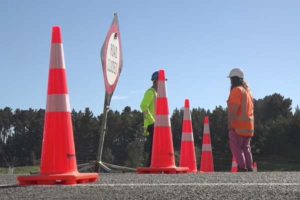 Automation, cloud and connectivity in a Covid world…

Digital transformation may have previously been a business optimisation strategy, but the past few weeks have seen it become a business continuity and risk mitigation necessity as Covid changes not just the way we work, but our technology focuses.

“We have all had business continuity plans, but a lot of them were focused on technology failing rather than business supply being interrupted as well,” says Hugh Ujhazy, IDC vice president for IoT and telecommunications.

“Business continuity has gone from being an academic concept to a real thing and it’s been turned on its head.”

“Business continuity has gone from being an academic concept to a real thing. Where we had assumed we could lose buildings, factories, assets, but we would never lose access to our people – we’re certainly turning all that on our head.”

Linus Lai, IDC Asia Pacific vice president for software and services, says before Covid pandemic services and software spending in ‘almost any enterprise’ saw a mix of 30 to up to 50 percent spending growth being driven by projects around execution of digital strategy.

“With lockdown, we saw a delay in some of these projects, generally due to a lot of companies being exposed to business continuity problems, so they needed to fix that first.

“In some cases, there was a mad rush for endpoint devices and services, security services, VDI services.”

Lai says he’s expecting to see a continuation of the digital agenda. “Even if you have some reservations around digital strategy, this has caused them to rethink what they need and to prioritise what they need to an even greater extent.”

Post-pandemic, Lai says customer experience technologies, intelligent automation – both for IT operations and business processes – and process modelling are expected to come to the fore.

Emilie Ditton, IDC Asia Pacific AVP energy and manufacturing insights, says one of the biggest challenges has been how prepared organisations are for working from anywhere.

“As an alternative to spending money and conserving cash it has forced a directional change. Ostensively it’s for temporary use of IaaS but I think a lot of those workloads will stay where they have put, and that’s going to lead us to more of a multi-cloud, hybrid-cloud situation down the track.”
That’s something Morris says will require different services particularly around data and trust management.

Connectivity preparedness has also been tested notes Ujhazy, with organisations’ reliance on audio and video conferencing increasing dramatically, and vendors rushing out new features in the scramble to win enterprises to their platforms.

“There’s dramatic demand for solutions that will allow people to engage and a rethinking of business processes as we look at this pivot to distributed working,” Ujhazy says.

That ramping up of capacity for video conferencing may have other spin offs further down the track.

“Right now it is very much about having the right compute power in place to support the level of video conferencing going on that organisations typically haven’t had in place,” Ditton says.

“One of the things that will happen post the initial health crisis as things settle down and fewer people are working at home is that compute power space will be utilised by applications going forward and that will increase the way operational applications are accessed through cloud based platforms. It makes a very big difference to the digitisation potential for mining companies.”

As for the long push for open plan offices, Ujhazy says that might be about to end as companies instead refocus on ‘safe’ workplaces.

“There will be demand on greater separation, wider corridors – going back perhaps to cubicle farms – and also more shared workspaces but increased focus on keeping things clean and safe with sanitisation.

“All this stuff is up in the air today, but when we come back I don’t think we will go back to what we were in December 2019. We’re facing a fundamental change, even if it is only the CFO saying ‘do we need that 20,000 square feet of office space in the CBD or can we go smaller?’

But Ditton cautioned that companies also need to be looking beyond the immediate future to ensure they will be in a position to respond quickly when things do turn around.

“One of critical things for mining and manufacturing, oil and gas organisations is the ability for market driven decision making when things turn around.

“We’re finding those organisations that have been more focused on the foundations of digital – so capabilities that are about scaling digital capabilities across their organisation – are now in the best position to have that reliability based operational management in place.”

“Evaluation of your delivery partner is going to be one of the vital things that has to be done,” he says.

And that’s likely to go beyond the normal realm of due diligence to include thinking not just about the vendor but the solution itself – if a provider fails, how quickly can the workload be migrated, is there an alternative product that can be substituted and crucially, is there going to be support.

“The solution might keep going but if people are taken away and not accessible, are things going to keep operating as normal?,” Morris says.

“That sort of evaluation of the provider is something we probably don’t do in enough depth at the moment and this whole crisis has woken us up a lot and made us think more about business continuity plans.”