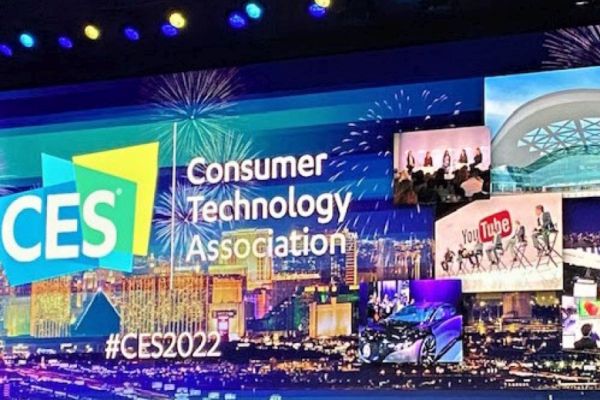 Rounding up some of this year’s potential hits and misses…

From new chips and folding tech to lights that monitor your breathing, sleep, heart rate and movement (cos that’s not creepy at all!), colour changing cars, smart doors and, of course, the metaverse – it was all on show at this year’s CES.

The annual Consumer Electronics Show may have been a smaller affair this year – thanks Covid – but it still served up a plethora of cutting edge offerings.

First the serious stuff: Intel announced a significant expansion to its processor family with new CPUs for desktops, gaming laptops, thin-and-lights and cheap and Chromebooks, as well as its first Arc discrete graphics chip.

The company announced its KS-Series chips which Intel says will reach a scorching ‘maximum turbo’ 5.5GHz on a single core. Chips enhanced to accelerate IoT application innovation were also showcased.

The two companies are also planning to integrate their AR software – Microsoft Mesh and Snapdragon Spaces XR Developer Platform, with the companies saying they’ll be working on AR in both the consumer and enterprise sectors.

And yes, the companies are pushing the collaboration as ‘the next step’ in their metaverse plans.

The metaverse was the buzzword for this year’s event from yet more attempts at smart glasses – China’s TCL’s offering enables taking and sharing of photos (hmmm, haven’t we been here before?), navigating GPS directions and work displays with multiple virtual monitors – to smart contact lenses with Mojo Vision and Adidas partnering on plans for contacts with real-time performance data, to haptic jackets to enable you to ‘feel’ what’s happening in the metaverse.

Even Hyundai is in on the act with plans to add robots to the metaverse mix to serve as digital twins and be your eyes and ears in other environments, say Mars for example. On the more practical side, Hyundai says workers could remotely control industrial robots from within the metaverse. How exactly the technologies will work however, remained vague. 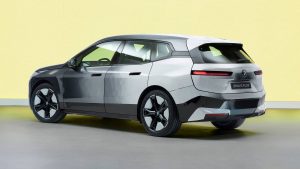 Meanwhile BMW’s iX Flow colour changing concept car, the brainchild of BMW’s Australian research engineer Stella Clarke, was one of the big talking points. Using e-ink ‘paint’ it can change colour at the touch of a button. Colour options, at least initially: White for hot days. Black for cold. The body of the car is laminated with an electrophoretic film. Stimulation by an electric field brings different colour pigments to the top of the paper. 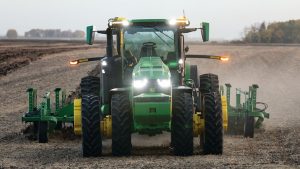 Not to be outdone, John Deere announced an autonomous tractor, ready for large-scale production and available later this year. It is, the company says, its answer to feeding the world with less available land and skilled labour. The six pairs of stereo cameras enable 360 degree obstacle detection and calculation of distance. The tractor checks its position relative to a geofence and John Deere claims accuracy to within an inch. 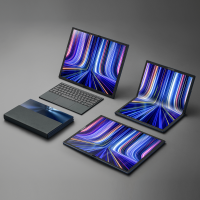 Foldables, the hype-darling of 2020, were still in attendance, with Asus announcing a 17-inch OLED display tablet, the Zenbook 17 Fold OLED. Due later this year, it can be used as a tablet, including folded in half for a smaller version, or as a laptop by bending the screen at a 90 degree angle.

On the business front, Graid Technology showcased an enterprise data protection offering using GPU, rather than legacy Raid cards, which Graid says are no longer capable of handling the performance leap of a SSD, leading to performance bottlenecks in storage infrastructure.

A smart health monitoring light bulb from Sengled was also on show. It can track your sleep as well as biometric measurements including heart rate, body temperature and movement. While it’s able to work alone, by connecting multiple bulbs via a Bluetooth mesh network a virtual map of your home can be created, potentially monitoring if someone has fallen, for example. 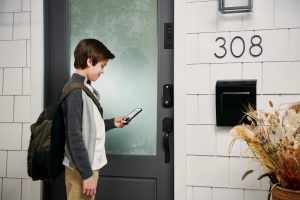 And speaking of smart homes, Masonite is taking smarts to the edge of the house, with smart doors. A collaboration with Ring and Yale, the M-Pwr Smart Door  includes integrated Ring video doorbells and Yale smart locks. A smartphone app enables you to program and control motion-activated LED lighting and confirm whether the door is open or closed at any time. An emergency backup battery sustains power for up to 24 hours in the event of a power outage

On the plain strange front we also have the Amagami Ham Ham which ‘frees all humanity’ from the ‘dilemma’ of not allowing pets and babies to ‘gently nibble your finger with their small teeth’ Yes folks, we have an ‘animal robot’ which nibbles fingers. And that, apparently is its sole purpose in life. Why, I hear you ask (and let’s be honest, we’re asking the same thing)? Well, apparently ‘gestures like play-biting… not only bring comfort but also reduce stress and provide healing’.

Not everything at CES is a success, and this year was no different!