Chat, IM and online meetings taking up 80% of work day 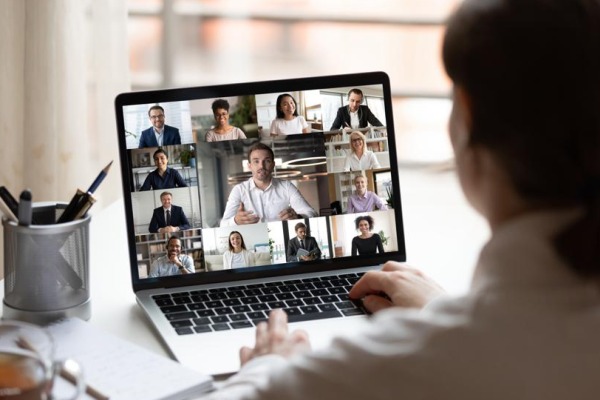 We’re drowning in meetings and chat…

If you feel like you’re always in online meetings or responding to an endless round of chat, you’re not alone. Apparently, more than 80 percent of our workdays were taken up by messaging, chat, voice and video in 2020.

At least that’s according to research from the Prodoscore Research Council, which takes a look at the grand remote work experiment of 2020 and its impact on how we communicate and our productivity.

In a survey of 900,000 data points from nearly 7,000 employees it found time spent on voice, video and chat/messaging was up 100 percent last year, with messaging and chat accounting for 43 percent of our time and 38 percent on voice and video. Web browser based activity, in comparison took just seven percent of our time, and email barely registered.

“This may suggest they are more focused on busy work rather than being productive.”

Perhaps surprisingly though, all that chat – and all those online meetings – haven’t decreased our productivity, with the report actually claiming productivity was up, year on year, for every month in 2020. March productivity levels were up a whopping 207.6 percent, though Prodoscore admits that was an outlier result. More realistic perhaps are the other months, ranging from 4.7 percent increase in November to 197 percent in January (bearing in mind that these are US workers.)

Interestingly, the report also found a seasonal component to productivity, which was at its highest during the cooler months of the year, dipping during late spring and summer. And the most productive day? Tuesday, followed by Wednesday and Thursday.

Prodoscore’s findings mirror those of Upwork’s One Year Remote Economist Report, which found workers felt their productivity was up 61 percent while working from home. Just 12.7 percent felt it hadn’t increased.

And while that could well be self-serving – afterall, don’t most of us want to continue working from home at least part of the time? – the report also notes that hiring managers were also positive, albeit not quite to the extent workers were. It says 32 percent of hiring managers felt overall productivity had increased, while 22.5 percent felt it had decreased.

Some of the productivity gains, however, are likely to come from simple changes – not spending time commuting or travelling to meetings, less water cooler gossip and other office distractions. It’s also likely tied to another takeaway from the Prodoscore report: That the average work day expanded by nearly 80 minutes, with workers hitting the machines at 7.46am and ending at 6.12pm.

And that Zoom fatigue – yeah, it’s real. The data shows the number of daily meetings were way up, year on year, in 2020 – some 26 percent in fact, with employees averaging 4.24 meetings and two hours 14 minutes per day, in meetings. That equates to a whopping 24.4 full days in meetings over the course of the year, but it’s actually down on 2019, when an average of three hours seven minutes a day was spent in meetings, providing some hope that meetings, if not becoming fewer, are at least becoming more efficient.

The report also paints a picture of a clear divide in the way ‘high’ and ‘low’ performers are using different tools, claiming high performers spend more time in comms tools, while low performers tend to focus more on email, CRM and CMS. “This may suggest they are more focused on busy work rather than being productive’, Prodoscore claims. (Or it could mean their job requirements are different, but let’s not be picky…)

Prodoscore’s research comes as Gartner forecasts the worldwide social software and collaboration market to hit US$4.5 billion this year, up 17.1 percent on 2020, as social and collaboration tools went from a ‘nice to have’ to a ‘must have’ within a matter of weeks, thanks to Covid-19.

Meanwhile, Slack is certainly counting on our love affair with instant messaging to continue and stepping up its game to nix email as a primary means of communication in the workplace. Earlier this month the company announced it’s expanding its services to enable users to connect with people outside of their organisation via Slack Connect. After sending an invitation – and contingent on the invitation being accepted – Slack ‘member’ users (not guests) will be able to communicate across multiple organisations. The offering extends to Slack’s free plans.