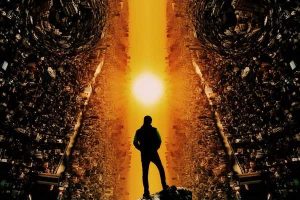 Crisis of influence as board reputation down, business managed IT up…

CIOs are facing a double whammy on the influence front, as spending power moves away from the IT department and fewer CIOs hold a seat on the board.

The latest Harvey Nash/KPMG CIO survey, which bills itself as the largest technology leadership survey in the world, shows 63 percent of organisations now allow business-managed IT investment, with 11 percent actively encouraging it. It’s a stark change for what initially started life as the stealth use of technology, first dubbed shadow IT.

And it’s not the only uncomfortable reading in the report for CIOs, with executive board membership dropping 13 percentage points from 71 percent two years ago to just 58 percent in 2018. Despite that, the more than 3,600 CIOs across 108 countries (including 524 in APAC) who were surveyed for the report say the influence of the CIO remains intact, with 66 percent viewing their role as gaining influence, compared to 65 percent in 2018.

The report – due for release next month – paints a picture of conflicting outcomes from the move to business managed IT investment, with big potential improvements from the model – but some serious consequences from getting it wrong.

Business managed IT requires a new relationship between business and IT

“Business managed IT requires a new relationship between business and IT, and those that get it right are much more likely to be significantly better than competitors in a whole host of factors, from customer experience to time to market,” Harvey Nash and KPMG note.

The caveat for the positive results is that in those instances the IT team remains formally involved in the decision making around business-led IT – something the report says 43 percent of companies are not doing.

And for those organisations where business led IT doesn’t have IT providing a guiding hand? No huge surprises there, with the report noting business-led IT wrong potentially opening up a backdoor to problems including security risks.

“These organisations are twice as likely to have multiple security areas exposed than those who consult IT.”

And the bad news for those companies doesn’t stop there: They’re also 23 percent less likely to be ‘very or extremely effective’ at building customer trust with technology and nine percent more likely to have been targeted by a major cyberattack in the last two years.

What are we trying to solve?
When it comes to the key business issues boards are looking for IT to address, ‘delivering consistent and stable IT performance to business’ was tops at 64 percent, just ahead of improving business processes on 63 percent and increasing operational efficiencies on 62 percent.

However, among ‘digital leaders’ – the 30 percent of organisations which consider themselves very effective or extremely effective at using digital technologies to advance their business strategies – it was developing innovative new products and services that topped the list at 64 percent. It was ranked just seventh for the all respondents.

Other factors setting the digital leaders apart included the CIO being more likely to report to the CEO and sit on the executive team, use of agile methods and cross functional teams and the focus on money making – rather than saving – as a priority.

“There is no longer business strategy and technology strategy, it’s simply strategy with technology driving it, Steve Bates, KPMG International global leader, CIO Advisory Centre of Excellence, says. “This research clearly shows that organisations putting technology in the hands of value-creators and connecting the front, middle and back office are winning in the market. The future of IT is a customer obsessed, well governed, connected enterprise.”

“Even with enterprises where the emphasis is on efficiency and saving money, investment in technology is increasing,” Harvey Nash and KPMG say. “Whatever the problem, technology seems to be part of the answer.
“The driving force behind much of this investment is cybersecurity, data analytics, AI/automation and transformation.”

Plans to increase spend for outsourcing, which took a big drop in last year’s survey, falling form 48 percent to 32 percent, has also bounced back, climbing up to 41 percent with government organisations leading the charge, followed by construction and engineering firms.

At the far end of the emerging technology spectrum, one in 20 respondents (or 107 organisations globally) are already making bets on quantum computing – and Australian companies are leading the charge in the nascent technology for APAC, accounting for seven percent of the organisations implementing quantum. Twenty-two percent of the early starters were UK based, while 19 percent were US based, with Australia and the Republic of Ireland tied for third.

It’s also good news on a more personal level for CIOs in the survey with 47 percent reporting salary increases and 45 percent having had a bonus of more than 10 percent of their salary. Thirty-two percent said they find their role very fulfilling.

“Successful leaders are swapping control for influence, and stepping up how they partner with the business. For many organisations the concept of a ‘traditional’ IT department is an anathema to them.”