News > Cleaning up in CleanTech

Cleaning up in CleanTech 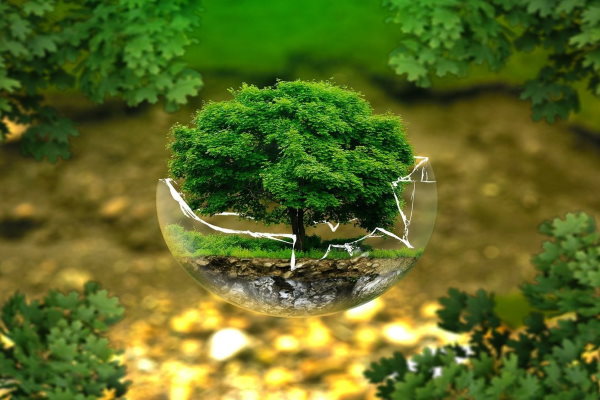 Creating climate tech for the world…

It’s been dubbed ‘the defining crisis of the next decade’ and with the world racing to limit climate change, local companies are lining up to grab a bite of the burgeoning clean tech/climate tech market.

Last week saw the formation of a cross-government partnership in New Zealand in an attempt to bolster the Kiwi CleanTech ecosystem and capitalise on what it says are significant economic and environmental opportunities The joint NZ CleanTech Mission, led by Kiwi crown innovation agency Callaghan Innovation, is developing a five year roadmap, ‘supercharging’ connections and scoping initiatives to boost commercialisation, and ultimately develop a targeted approach to CleanTech clusters.

“The focus from here is to leverage our strengths and existing resources.”

Meanwhile in Australia, where the government has been criticised for not committing to a legally binding target for achieving carbon neutrality, CleanTech is one of six manufacturing sectors the federal government believes has ‘comparative advantage and strategic importance’. It has committed nearly $50 million to eight projects to help grow Australian businesses and add value in the battery and clean technology supply chain as part of the Modern Manufacturing Initiative.

The launch of the NZ CleanTech Mission, with its lofty goal of turning New Zealand into a centre of global CleanTech excellence, was accompanied by a ‘deep-dive’ report into New Zealand’s CleanTech opportunities.

It identified up to 300 early- and growth-phase CleanTech businesses working on technologies ranging from model apps to plastic alternatives, new energy sources and industrial waste processing.

But the review also found that Kiwi CleanTech innovators are raising 95 percent less investment than other comparable small advanced economies.

“Aotearoa has a strong agricultural foundation, so it makes sense that this is where Kiwi innovators could maximise impact in the ClimateTech space,” Muir says.

“NZ is also a frontrunner in adopting renewable energy, which now powers 85 percent of our electrical grid. The focus from here is to leverage our strengths, existing resources, and growing appetite to explore new energy sources.”

Topping the list in the report is New Zealand ‘owning’ low and no-emissions agriculture to become the world’s leading source of innovation for low methane livestock raising and low or no-emissions crop raising.

Pioneering no-impact geothermal models is also recommended, with the potential to succeed by going deep in other niches too.

Agricultural robotics and software, livestock monitoring, breeding and genetics, industrial waste to value, methane vaccines and feed alternatives and additives are highlighted for ‘intentional advancement’ through active coordination and promotion.

Areas including aerospace propulsion modules, green building and construction, natural textiles, bioplastics and protein replacements are deemed areas for exploration and testing, with pilot tests, incubation and some grant funding.

Agricultural drones, smart home energy analytics, B2C carbon emissions tracking, maritime electrification and Ev charging and management are among the technologies making it into the ‘evaluate’ category which could see light touch interventions on a case by case basis to start.

“Accelerating climate tech innovation will involve a two-pronged ecosystem approach of coordinating parties to ensure innovators are innovating for the real world as soon as possible, with early exposure to pilot testing and value chain integration opportunities and backing winners by facilitating connections to overseas demand owners and coordinating public and private financing resources to bridge growth,” the report notes.

PwC has dubbed it ‘the next frontier for venture capital’. Its State of Climate Tech 2020 report notes annual investment of global venture capital has increased fivefold in the past 10 years, hitting US$264 billion in 2019.

There are some deep pockets in the sector – growth equity and buyout investor TPG announced this week that it has raised US$5.4 billion to invest in climate tech. The same day Canada’s Brookfield Asset Management also announced a $7 billion raise for its climate-focused fund. Private equity firms including KKR and Carlyle also have efforts underway in what Pitchbook is calling a ‘climate-focused fund frenzy’.

It’s developing a US$1 million general partner fund, followed by a $100 million venture capital limited partnership, with the first fundraising for the $100 million fund due to close in June 2022.

The news isn’t so good for the Kiwi CleanTech startups, however, with Callaghan Innovation’s New Zealand Climate Tech for the World report noting that New Zealand innovators are raising 95 percent less investment than other comparable small advanced economies.

“The NZ CleanTech Mission will ensure that CleanTech is flagged as a critical priority, on a nationwide and coordinated level,” he says. “The aim is to ensure CleanTech innovators, whether out of businesses, labs or garages, have a responsive, connected, and easy-to-navigate ecosystem of support.”

Callaghan says the goal now is to take the findings and insights from its resources and support innovators to apply them to their own environmental products and processes.