News > Cleaning up the gig economy

Cleaning up the gig economy 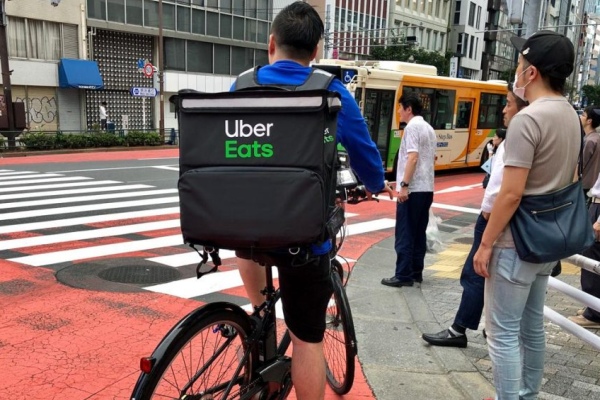 With Australian delivery drivers dying, calls for reform get louder…

Many businesses are suffering under the Covid-19 pandemic conditions, but there’s one business segment that isn’t: Food delivery.

It’s an industry with an already patchy ethics record, as well as a business model that’s been described as exploitative, but for food-to-your-door services like Uber Eats, Deliveroo and Doordash, lock-downs have meant boom times.

But as demand increases, so too seemingly, do the risks.

“Companies like Uber do not care whether their workers live or die so long as the food gets delivered on time.”

There have been at least four delivery riders killed in Australia over the last few months – around one every 11 days since late September.

In the latest incident, Bijoy Paul, a 27-year ole Uber Eats delivery rider from Bangladesh was struck by a truck in Surry Hills, NSW, while completing an order. He was treated at the scene but later died of his injuries.

The death sparked fresh calls for better regulation of the industry, including one from Uber itself.

“On Monday evening we learned the incredibly sad news that an Uber Eats delivery partner had passed away following a road accident in the Sydney CBD,” said a spokesperson from the company.

“We notified SafeWork NSW and contacted our insurance team about the incident. Our thoughts are with his family and loved ones at this time. In isolation this fatality is devastating…but when considered alongside other recent incidents across the on-demand food delivery sector, it is all the more concerning.”

It’s clear the industry needs to do more to improve road safety, said the spokesperson, who also stated that the food delivery giant was ‘committed to playing a leading role in achieving this’.

Sounds promising, but the Australian Transport Workers Union was framing the conversation in starker terms.

“Companies like Uber do not care whether their workers live or die so long as the food gets delivered on time,” said TWU National Secretary Michael Kaine.

“That is clear from the lack of training and protective gear for riders. It’s also clear in the way companies like Uber harass their riders and threaten them with sacking if they are even a few minutes late.”

A September survey of delivery riders found more than one in three riders saying they had been injured on the job, with 80 percent saying they received no support from their company.

The survey also found that average earnings after costs were just over AU$10 an hour, with 70 percent of those surveyed saying they were struggling to pay bills and buy food.

The Union has called for the federal government to intervene.

“The law has not kept up and is failing to protect workers. It is no longer an option for the federal government and the states to pass the buck between them, we need action now”.

That might be happening. NSW Minister for Transport and Roads Andrew Constance says an investigative taskforce has been launched to see if avoidable risks contributed to the recent fatalities.

“Any life lost on our road is one too many, and the purpose of this taskforce is to examine if more can be done to protect delivery riders, who are among some of our most at-risk road users.”

“We need to do our level best to avoid further tragedies,” says Constance.

The taskforce, led by SafeWork NSW, will explore the similarities between the recent deaths and assess whether the safety measures implemented by current players in the food delivery market are sufficient.

SafeWork NSW will offer its findings for immediate improvements or compliance activity that can be implemented to better protect food delivery riders, and will determine what further changes need to be made to improve safety in the industry.

Amelia Thorpe, associate professor at UNSW says that we also need to look at the laws that shape the streets: Road rules, planning requirements and engineering standards.

“Food delivery is a compelling example because it shows cycling is the most efficient way to get around the city,” she says.

“Of course, we have all seen cyclists doing risky things. But the issue is less about individual behaviour and more about the regulatory environment. In Sydney and many other places, a plethora of state and federal rules and regulations give priority to cars in our cities.

“The site of Sunday’s death is a clear example. The intersection where the cyclist was killed by an excavator-carrying truck is not a highway but a relatively narrow street with houses and a school. Should large trucks really be driving on streets like this?”

The conversation is vastly different in the United States. In California, the Proposition 22 ballot initiative has recently passed (with 55.8 percent of the vote). This new law allows companies such as Uber and Lyft to continue to classify their gig workers as independent contractors rather than employees.

Critics say the new rules weaken health care, workers compensation and insurance. For workers such as Uber rideshare drivers, the University of California estimates that the average rideshare worker will earn US$5.64 per hour, after time between rides and vehicle costs are factored in.

Notably, “Yes on 22” has been the most well-funded ballot initiative in California history. Along with Lyft, DoorDash and other tech heavyweights, Uber has spent around US$200m pushing the bill.