News > Cloud in its infancy, but AWS works to grow it up

Cloud in its infancy, but AWS works to grow it up 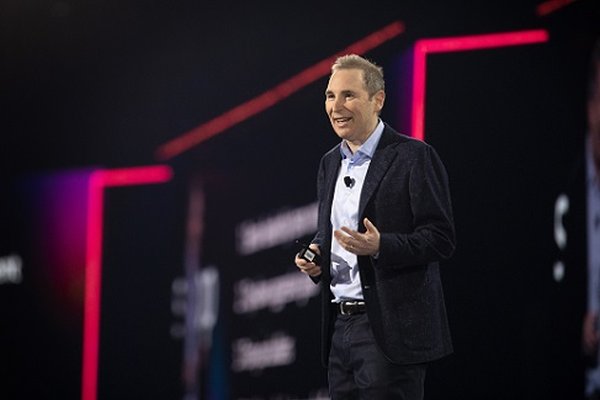 Seems crazy, but a three-hour keynote is pretty much standard fare for an AWS conference…

But Jassy started with some advice for companies looking to transform their businesses with the cloud: “Cloud success depends on senior level conviction and alignment. You need aggressive top down goals,” he told an audience of more than 65 000 who made the pilgrimage to Nevada (and later reiterated in a closed press session).

“We remove the undifferentiated heavy lifting so customers can focus on the differentiating work.”

While the casual observer might feel the cloud has reached a stage of maturity, Jassy doesn’t share that opinion. In fact, he believes cloud is in its infancy, with the vast majority of computing still on premise. “We’re in the early stages of the most titanic technological shift in our lifetimes. In the fullness of time, relatively few companies will have their own datacentres. This will happen but I continue to believe it will take several years,” he said.

And he offered a warning, too, for those organisations merely toying with the cloud. “Inertia is a powerful thing. It’s easy to get excited about the cloud and dip a toe in for a long time [and then do nothing more], but that and talk is not the same thing as action. And you need to train people. While the cloud is easy to use, you will need skills.”

What AWS does is provide the tools for action and there are a lot of them. Right now, the company offers 175 services, up from 140 last year and 100 the year before that. And AWS isn’t content ‘merely’ delivering cloud services, either. After acquiring Israeli chip designer Annapurna in 2015, it now churns out custom silicon, too. And it even offers edge devices and a configurable box called the Outpost which helps bridge the gap between on premise workloads and the AWS cloud.

In 2018 that was up to 1,957 new features and services. AWS probably has a service running somewhere tallying it all up.

In a sit-down with iStart, AWS ANZ MD Paul Migliorini had the task of contextualising the many announcements for the local market; he agreed keeping track of it all isn’t easy. “At the outset, though, what we build comes from customer feedback. The volume of products and services is a simple function of the mathematics, we have many millions of customers all iterating fast and asking us to build new things. And when we build for one customer, everyone gets it.”

He singled out Wavelength, its SageMaker toolset which now includes a complete integrated development environment, and Outpost for special mention; as AWS doesn’t have physical data centres in New Zealand as yet, Migliorini said the general availability of its Outpost solution is likely to capture the attention of the customer base. “It lets you get a consistent AWS cloud into your own data centre and I think this is interesting for New Zealand organisations.”

He added that AWS Wavelength which brings AWS services to the edge of the 5G network will have appeal. “And we’re already seeing organisations using SageMaker with sophisticated adoption. That’s had 15 feature releases in the past year and a further six today; in New Zealand we have a lot of good developer skills but not a lot of data science skills and I think this really democratises machine learning and AI.”

When it was suggested that AWS does a solid job of commoditising advanced technology, Migliorini said AWS prides itself on leveraging economies of scale and returning the benefits to customers. “We see our job as removing the undifferentiated heavy lifting so customers can focus on the differentiating work. You don’t have to build a whole AI stack, instead you access that in AWS and then focus on the things that matter.”

He pointed to the example of the company’s Transcribe service, which takes notes for doctors, relieving them of a tedious but necessary task. “The principle carries through to whatever we do. And I like to think of it as democratising rather than commoditising as it means any organisation can access these kinds of services.”