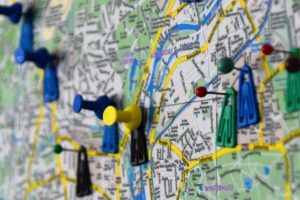 A technical working group within New Zealand’s Ministry of Health is understood to be looking at options for a digital contact tracing option as calls grow for technology to be used to enable countries to get back to work. The tech community is also pitching in, with a hackathon kicking off next week with a blank canvas for tools to ease the impact of the crisis.

The ability to rapidly contact trace is seen as a critical step in loosening lockdowns, providing resilience and enabling people to get back to work not just during this pandemic, but in any that follow.

However, many countries – New Zealand included – are continuing to rely on manual processes. The Ministry of Health’s new National Close Contact Service is using a staff of around 190 and old-school detective work to trace contacts of those infected by Covid-19.

“I can’t stress enough that we have got to use better technology.”

The service has just moved to a digital platform – believed to have been built on Salesforce technology – to support contact tracing. The platform is connected to existing health databases using the National Health Index – a system of unique identifiers which enables linking to databases to provide contact details for all New Zealanders. The system also enables data from lab and clinical testing to be pulled together. It’s expected to help provide a better picture of the virus in New Zealand, including identifying higher risk populations and geographic areas where more testing is needed.

The move to an improved database is a welcome development, but far behind what is being seen in some other countries, however, and saw Act’s David Seymour calling this week for the use of better technology.

“I can’t stress enough that we have got to use better technology,” he told the New Zealand Parliamentary Epidemic Response Committee meeting earlier this week.

Minister of Health David Clark was in agreement, noting that the Ministry of Health is talking – and working – with people who have ‘close contacts’ into Singapore, home of the TraceTogether app which has been held up as the gold standard for contact tracing apps.

Developed by Singapore’s Government Technology Agency and Ministry of Health, it uses BlueTooth to record contact between app users. If a user becomes infected, they’re asked to provide contact tracers with access to the anonymised IDs held on the user’s phone, enabling faster tracing of anyone who has been in close proximity to the infected person.

Its use is voluntary and is seen as providing a good balance between ensuring public safety, while also avoiding overly draconian methods seen in some countries. The Government Technology Agency says no geolocation or other personal data is collected, with the anonymised IDs also only held on the users phone, rather than a central server.

Singapore has offered the source code for its TraceTogether app. However, with that code not available for nearly two weeks, alternatives are being sought with urgency.

“This is one of the rich veins to explore, if we can adapt that technology to NZ – and New Zealanders are willing to step up, as they absolutely have been through this period – that would make a significant difference in our ability to ramp up the different methods of contact tracing to ensure we are covering all the bases,” Clark says.

He says technology won’t be a replacement for manual contact tracing, however, and will be used to augment that.

Germany – traditionally a nation highly suspicious of digital surveillance – also has an app in development. Like TraceTogether, it will record BlueTooth handshakes.

The apps have limited benefits during a high level lockdown, such as those currently underway in many countries, but would enable the rapid tracing required when lockdowns are relaxed and people are allowed to gather.

Craig Young, CEO of the Telecommunications Users Association of New Zealand (Tuanz), says apps that are opt-in are also a good way to encourage people to take responsibility for playing their part in our battle with the virus.

However, he notes there are concerns over what the data collected can be used for. “If we can be sure that it is ring-fenced for this specific task of contact tracing then we can have comfort in accepting the use of these types of apps.”

Ashley Bloomfield, New Zealand Ministry of Health director-general of health, says the Ministry is ‘replete with offers’ from the private sector wanting to help in areas such as contact tracing, PPE and lab supplies and has had ‘a lot’ of engagement’.

An email address for ‘good ideas’ has been set up – Covid19goodideas@police.govt.nz – to help triage the influx of offers.

The government has been under increasing fire for its lack of transparency when it comes to both the development of an app, and what the requirements will be for Level 4 lockdown to be lifted.

NZ Tech CEO Graeme Muller confirmed to iStart that he was contacted by the Ministry of Health last week, and again this week about the use of technology for contact tracing, but declined to comment further.

Ray Avery, Jupl co-founder, is among those who says he has offered his company’s services for contact tracing. He says Jupl has spend five years building a medical grade, data secure cloud based track and trace and personal emergency response system.

“We put a comprehensive offer on the table but never had a response back from Government,” Avery says.

TraceTogether-style apps are just one option when it comes to technology helpers.

Poland has a government-mandated app which combines selfies and GPS location data to ensure citizens aren’t breaking their quarantines, while in Taiwan a digital fence is triggered – along with a visit from police – when someone infected with the virus leaves their house.

In Hong Kong arrivals to the country have found themselves required to use WhatsApp – with location sharing set to always on – to enable border officials to monitor and ensure quarantines are being adhered to.

Young questions whether apps using GPS would be more applicable in a country like New Zealand.

“The telecommunications providers, particularly mobile network providers, have the capability in their networks to assist in physically locating devices – not people – and while it may not be currently implemented at a granular level, it is possible.

“Other providers such as Google and Apple could also provide aggregated data without any changes to the way they collect data now.”

Data from the likes of Apple are already being used in contact tracing locally, iStart understands, with Ministry of Health contact tracers asking those infected to go through the location data on their mobile phones to help build a more detailed view of where a person has been during the period when they were potentially infectious.

That option of harnessing data Apple and Google are already collecting is favoured by Peter Eckersley, who convened the stop-coved.tech group, which is calling for anonymous coronavirus exposure notification technology, among other technologies.

Eckersley, who has lead technology projects at the EEF (Electronic Frontier Foundation) – ‘a non-profit body focused on defending digital privacy, free speech and innovation’ – has been meeting and advising many different groups which are trying to pull together contact tracing technology.

“The best outcome for the world would be if Google and Apple acted together to launch a joint project that was available as an easy choice on every Android and iPhone,” Eckersley says “If you said yes to the prompt, then your phone would establish an anonymous communication link others.”

But, he says, the tech companies ‘seem to have been scared away from acting – largely by a somewhat confused privacy backlash’.

“There’s a widespread story that you can only do exposure notification by using some form mass surveillance, and that isn’t really true. But with the tech companies too scared to help with contact notification, we’re going to need efforts by governments and open source projects to fill the void.”

He says it’s possible to do this with very strong privacy protections.

“The way that can work is that the phone in your pocket establishes an anonymous way to send and receive messages to other phones it sees nearby, as measured by bluetooth signal strength. Then one phone can pass along a message to the other phone later saying “hey, my owner tested positive to Covid-19, please alert your owner to isolate and get tested”. If you get an alert like that, the app can offer to set up a call with a government health worker if you’d like that, but no individual information would go to the government from people who don’t want to provide it.”

While New Zealand’s Ministry of Health continues to work on getting a contact tracing solution into play, New Zealand’s startups are gearing up to work on solutions to take the country beyond the first response solutions, with a hackathon starting next Monday to help kickstart the economy again.

Hack the Crisis aims to tackle the challenges in life beyond Covid, with focus areas of secondary wellbeing measures such as resilience and mental health, connecting people and communities and protecting an supporting businesses.

“We want to supercharge this innovation by involving the wider public. This event is a great opportunity for anyone with an idea to team up with people with different skills and to build tangible products, services or initiatives.”

The digital challenge kicks off with submissions opening on April 13 at hackthecrisis.nz The hackathon itself will take place next weekend and is expected to attract numbers larger than seen at any previous Startup Weekend.