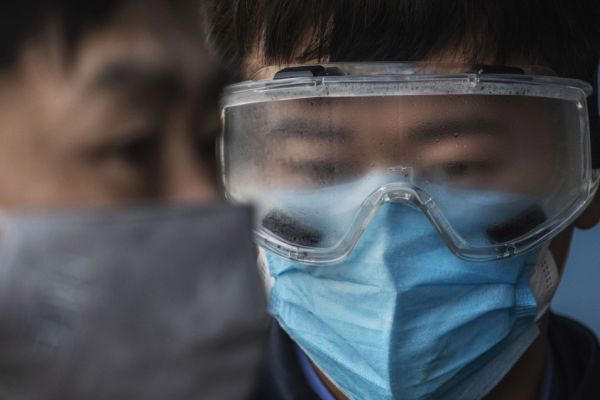 As the COVID-19 outbreak rolls on, disruption and uncertainty is the name of the game…

With more than two and half thousand deaths and over 80,000 infections so far – and more coming – the Coronavirus, aka COVID-19, is already a tragedy.

But beyond the significant mortality, with around 60 million Chinese on lock down the economic impacts will surely be felt worldwide too. Across Australasia, tech, retail, primary industries, not to mention tourism, education and the broader economy are bracing for the downturn.

Most obviously, export interests: 80 percent of New Zealand forestry exports go to China and shipments have already come to an all but complete stop. New Zealand’s $3.3 billion meat export industry is in a similarly perilous position, and with the sudden drop in demand, crayfish formerly destined for the Chinese market may be returned to the sea or not caught at all.

“Supply chains that are agile might find themselves gaining greater market share as a result of this crisis.”

It’s a problem shared by Australia, a large scale exporter-to-China of everything from seafood and lamb to liquified natural gas and iron ore. Australia exports about AU$60 billion of the latter to China every year – the price of which dropped 11 percent in January as news of the virus spread.

Such is Australasia’s reliance on China as an export destination.

“The SARS outbreak in 2003 was big news, but it had a vanishingly small impact on the New Zealand economy of around 0.1 percent of GDP… [however] New Zealand’s exports are [now] more heavily concentrated toward the affected countries than they were during the SARS outbreak.”

Then there’s the tourist dollars: China usually accounts for around 12 percent of New Zealand’s annual visitor numbers, and Tourism Industry Aotearoa is estimating economic losses of almost NZ$100 million every two weeks. Australia’s economy too relies on Chinese tourism (1.5 million Chinese visit Australia every year), as well as higher education spending – the Chinese-student market in Australia is worth AU$15 billion and could lose as much as $8 billion as a result of the virus.

But that’s just the start of it. China is, after all, manufacturer to the world. Wuhan itself is one of China’s industrial hubs and the heart of its steel industry, as well as the corporate centre for companies such as IBM, Siemens and Walmart. As the city’s production slows, that has significant run on effects for the rest of us, including what we find on the shelves here.

“China is at the heart of global manufacturing, and as supply chains suffer, panic is beginning to set in,” says John L Hopkins, of the Smart Cities Research Institute, Swinburne University of Technology.

“Globalised supply chains and just-in-time manufacturing mean many seemingly unrelated products are vulnerable to pauses in the flow of goods from China.”

On this, experts agree: The tech industry will likely be one of the industries hardest hit. Apple in particular is already suffering – their production partner Foxconn has endured extended production delays and is bracing for a predicted 12 percent drop in overall production this year.

Now that the factories have reopened, Foxconn is scrambling to man them, reportedly offering NZ$1,180 bonuses to tempt workers back to the plant. New hires at the Zhengzhou factory are being offered even larger incentives. According to one report, employees could pocket 7,000 yuan (just under NZ$1,600 and more than twice the average monthly salary for an employee at the Zhengzhou factory) in return for an immediate start.

While work is starting to resume in China, Apple says it is ‘experiencing a slower return to normal conditions than [it] had anticipated’.

“The health and well-being of every person who helps make these products possible is our paramount priority,” explained Apple in a recent note to investors, “and we are working in close consultation with our suppliers and public health experts as this ramp continues.”

If you were hoping the crazy prices we’ve seen recently for Apple’s latest handsets were going to moderate, forget it.

Huawei has apparently reopened its Shenzen headquarters and issued an interesting statement saying it is expecting no impact from the disruption. (Experts disagree, predicting Huawei will likely suffer heavier losses than Apple).

Given China’s critical position in the technology component supply chain, it’s possible that local consumer electronics retailers may soon be facing their own on-shelf shortages.

“Tech companies such as Samsung, Google and Sony, which have moved their factories out of China in recent years, are being affected,” says Hopkins. “They still rely on China for many components such as sensors or smartphone screens.

“Product shortages could also soon be visible on retailers’ shelves, with electronics stores such as JB Hi-Fi and Harvey Norman expected to experience significant disruption to their supply of computers, televisions and smartphones,” he says.

“When shortages like this occur, customers will struggle to buy the products they want, when they want them. The only channels available might be third-party resellers offering highly inflated prices. In extreme cases, supply shortages like these can also lead to panic buying and stockpiling.”

So what can we learn from all this?

Coates says the coronavirus should be ‘a serious wake-up call for supply chain professionals’ to develop several alternate sourcing and manufacturing plans featuring different regions of the world, in order to respond better to these kinds of world events.

“While natural disasters and events such as the coronavirus cannot be predicted, you can develop alternate plans in case they do happen,” says Coates.

Hopkins seems to concur but goes even further, saying that not only are contingency plans the only way to deal with supply chain uncertainty, done right, they just might offer something approaching competitive advantage.

“Supply chains that are agile enough to react quicker than their competitors’, or those with more robust risk management plans, might find themselves gaining greater market share as a result of this crisis,” insists Hopkins.