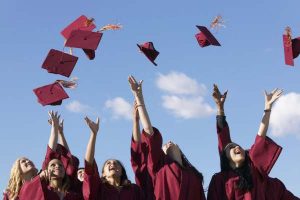 Jamie Beatson has a plan to elevate New Zealand and Australia’s STEM education, ensure students are ready for high paying tech careers – and provide the countries with the workforce they need.

Beatson, the 25-year-old co-founder of Crimson Education, told iStart one of the reasons the company’s online high school subsidiary, Crimson Global Academy, was created was to solve the local computer science education ‘gap’.

In his eyes, Crimson isn’t just a school, however. It’s a talent acceleration platform, capable of lifting STEM training across New Zealand, Australia and indeed the globe, and helping alleviate skills shortages.

“We’re equipping this generation with the skills they’re going to need to be competitive in this tech-centric economy.”

It’s a grand vision, but one Beatson believes the company is already on the way to achieving.

In the seven years since Crimson Education was founded – initially providing college admission services and tutoring (and yes, that does mean Beatson was just 17 when he founded the business) – he claims the company has had ‘great success’ with sending students to the world’s best universities.

“About three-quarters of the New Zealanders who have gone to Ivy League schools in the last seven years have been trained by us, and of that the majority have a STEM background,” he says.

He’s quick to reel off Crimson success stories, including alumni who have gone on to work at the likes of Google, Amazon, Facebook and Uber. (Crimson Education lured former Uber US&C marketing strategy and operations lead AJ Tills, who led the ride-sharer’s A/NZ expansion, back to New Zealand to take on the role of Crimson chief marketing officer.)

It hasn’t all been plain sailing and there have been controversies and legal stoushes along the way, but in April, Crimson launched the Crimson Global Academy – a registered online high school with former head of Auckland Grammar, John Morris, as executive principal, and nearly $10 million in backing. Among the high profile backers is former NZ prime minister, John Key.

The online high school currently has around 100 students, from 15 countries, with Kiwis and Australians leading the charge. An international license means the school can serve students in any country with A-level education.

Beatson says there’s been strong interest globally, driven in part by Covid and the forced shutdowns of schools around the world, and a US registered school is planned.

“Computer science training is almost a non-existent capability at high school level here,” he notes. That’s something CGA is keen to rectify.

While the school offers a full curriculum, including English literature, psychology and business studies, Beatson says Crimson’s students are heavily skewed to STEM.

“Technology is a sector that so many of our students go in to. We’ve got many alumni in Silicon Valley and other parts of the tech world. We have a strong computer science theme,” he says.

Potential students undergo diagnostic assessments testing their math and English skills as well as personality. That testing informs recommendations as to which subjects students should look at.

It’s a testing that also often points students to areas they might not have considered – like computer science.

“Many kids don’t think about subjects they haven’t tried before, like computer science or psychology,” he notes.

“We have a very global teaching pool and many mentors from schools like Stanford and MIT who can teach compute science on our platform, so we have a huge volume on the computer science teaching side.”

The company has also partnered with New Zealand incubator The Icehouse and Silicon Valley incubator YCombinator. That’s a deal which Beatson says will see the founder of games streaming platform Twitch speaking to students next month.

It’s all part of Beatson’s vision to provide local students with access to a top computer science education to equip them with the skills they need to be competitive in a tech-centric economy.

“We’ve sent thousands of students to top universities like Stanford and Harvard and many of our students work in technology now and are charting a path the typical New Zealand and Australian student is missing out on because they don’t have rigorous computer science and math education.”

Beatson believes New Zealand students are about two years behind their Singaporean and Chinese counterparts when it comes to STEM education. Australian students, he says, fare better, but they’re still lagging more than a year behind those in Singapore and China.

Crimson Global Academy is competency based, rather than year based – students aren’t confined to a set study year, such as Year 11 or Year 12, instead being able to progress more quickly if they have the ability to do so.

“We’re trying to take the international standard of STEM education to New Zealand and Australia and equip this generation with the skills they’re going to need to be competitive in this tech-centric economy,” he says.

“Crimson can hopefully be the single biggest force for change in high school education to make us trained as a nation for a very tech-centric future,” Beatson says.

While the college admissions business might have been shunting students overseas to Ivy League universities, Beatson says CGA will provide a feeder system for local universities as well.

“We’ve achieved great success with ambitious kids sending them to the world’s best universities, now it’s about creating a scalable education system that can impact far more students – and not necessarily just the ones that want to go overseas, or the ones who are super academic, which our earlier students historically have been.”

As to the online learning aspect, Beatson says students have been ready to embrace this form of learning for several years – it’s the parents and teachers, with their model of schooling based on what they themselves attending, who have been the biggest constraints to online learning.

Covid, however, has forced that change on parents and teachers, and Beatson believes online or blended education is the future.

“Covid has pulled forward the adoption curve for online learning by about four or five years and it’s done a lot of work for us in terms of proving the value.”