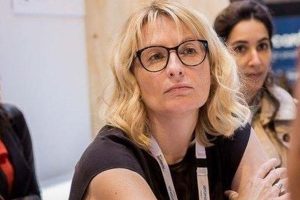 CTO may be a non-starter, but there’s a new deputy govt CDO…

New Zealand may not have a chief technology officer, but we do now have a deputy government chief digital officer again, as the Department of Internal Affairs revamps its all-of-government digital branch.

Ann-Marie Cavanagh (pictured), who was chief technology and digital services officer at the Ministry of Health before joining Internal Affairs, has taken on the roles of deputy government CDO and deputy chief executive of the Service and Systems Transformation, which itself is undergoing a transformation of sorts.

The Service and Systems Transformation will soon be renamed Digital Public Service, as part of a wider rethink of the service.

“We are establishing a central team that can adjust and flex to meet future requirements.”

Paul James, government chief digital officer and Internal Affairs chief executive, announced in October that changes were being made to ‘reflect the public sector’s changing digital landscape and needs’.

Those changes include the development of a core permanent team to focus efforts and resources on aspects of digital government, and looking at all-of-government procurement needs.

“We are establishing a central team that can adjust and flex to meet future requirements, including being able to respond to emerging issues and opportunities,” James says.

Cavanagh, meanwhile has been acting in the role, previously held by Tim Occleshaw, since October.

Her formal appointment comes just over a year after the government quashed plans for a Government CTO – after offering the job to entrepreneur Derek Handley. The bungled CTO foray saw the government paying Handley compensation after he moved back to New Zealand to take the role before it was withdrawn, and the resignation of then communications minister Clare Curran.

That role was designed to ‘help drive a forward-looking digital agenda for New Zealand’, working on issues such as improving digital equality, protecting citizens’ rights online and building a connected nation. The CTO was to have worked across government.

But that, the government ultimately decreed, was too big a task for just one person.

Plans for a group of advisers was instead floated.

Cavanagh, meanwhile, has been leading the creation of the Strategy for a Digital Public Service – a plan which aims to set the direction for modernising and transforming New Zealand’s public service ‘putting citizens ad businesses at the centre of government services’.