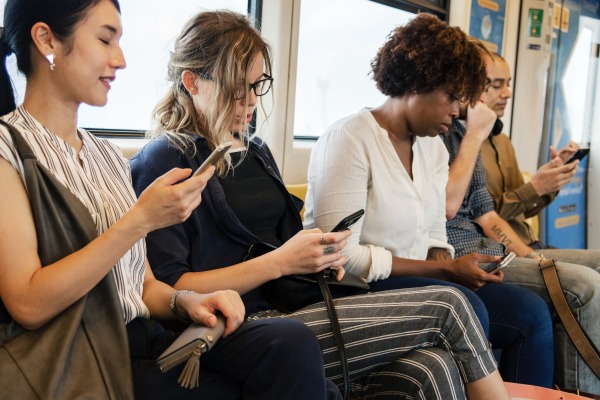 Globally, the numbers look awesome – 1.3 billion years spent using the internet; trillions spent on ecommerce – but what does the Digital 2021 Report (published by We Are Social and Hootsuite) say about Downunder?

According to the report, the average internet user now spends almost seven hours per day using the internet across all devices, equating to more than 48 hours per week online, or two full days out of a seven-day week.

We now spend around 42 percent of our waking lives online.

Put another way, we now spend around 42 percent of our waking lives online, almost as much time as we do sleeping. If current trends continue, the world’s internet users will spend almost 12 trillion hours online this year, which translates into more than 1.3 billion years of combined human time.

Filipinos, Brazilians, Colombians and South Africans all spend significantly more time online than that – an average of over 10 hours per day on the internet.

Who’s most likely to be offline? Japan seems to spend the least amount of time online, at less than 4.5 hours per day.

That goes for social too.

For daily time spent on social media, both Australia and New Zealand clock well below the global average of two hours and twenty five minutes per day. Australians spend about an hour and 46 minutes on social per day; New Zealanders slightly above that with an hour and 55 minutes.

Once again Filipinos use social media the most at a whopping average of four hours and fifteen minutes daily. Again, the Japanese consume the least with just 51 minutes social media use per day.

All in all, it adds up. According to the report, the world will spend a total of 3.7 trillion hours on social media in 2021.

The rise of eCommerce
eCommerce went bananas over 2020, with the pandemic driving businesses everywhere to commit to their digital shopfronts.

Globally, Indonesians are the most frequently online shoppers (87.1 percent), with Egyptians the most online shopping averse (56.6).

And what are we buying? Over 2020, the fashion and beauty category accounted for the largest share of global B2C ecommerce revenues in 2020 at more than US$665 billion. The food and personal care category ballooned (41 percent), as did fashion & beauty (27 percent growth), digital music sales (26 percent) and toys, DIY and hobbies (25 percent), as retail therapy soothed locked down shoppers.

Last year was the first time in the 10 year research series that the mobility and accommodation (US$593.6 billion) category hasn’t captured the largest B2C ecommerce share. Indeed, the category experienced a crippling -51 percent change in fortunes last year, representing half a trillion US dollar drop in consumer spending.

Globally, 5.22 billion people use a mobile phone today, around 66.6 percent of the world’s total population. Since January 2020 the total number of mobile connections has increased by 72 million (0.9 percent) to reach a total of 8.02 billion at the start of 2021.

And our connections are getting faster. The increased bandwidth of 5G networks sees both Australia and New Zealand well outperform the global average mobile download speed of 42.70 Mbps. Australia enjoys speeds of 112.68 Mbps with New Zealand at 78.53 Mbps.

India has the worst mobile speeds with 12.91Mbps, and we’re all dwarfed by the UAE, with the fastest average speed of 177.52Mbps.