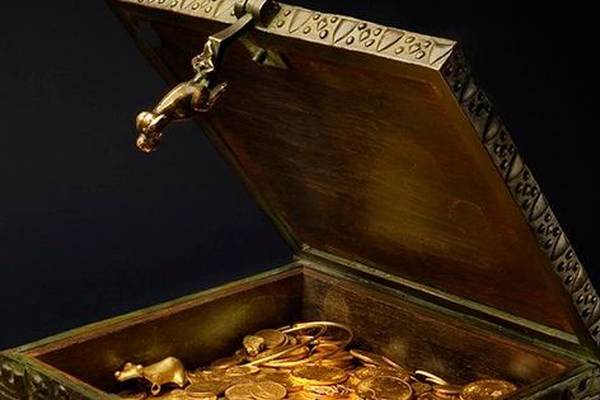 Fintech is a significant growth opportunity for New Zealand’s tech sector and, according to FintechNZ general manager James Brown, we’ve never been better placed to capitalise on a burgeoning global market.

“We’ve got an environment with a willingness from regulators to help drive it not stifle it, and we’re continuing to see significant growth. A lot of that is being driven by industry and not necessarily government.”

So what’s driving the market?

Open banking to open data
“If we do it right, we will leapfrog what Australia and the UK are doing,” Brown says of open banking, which promises to unlock consumer data currently in the hands of big banks and put consumers in control of sharing their own banking data.

“If we do it right, we will leapfrog what Australia and the UK are doing.”

While Australia has opted to follow the UK model which is driven by regulators, open banking in New Zealand is currently driven largely by industry. Payments NZ has been running a pilot with ASB, Westpac and BNZ, in partnership with TradeMe, Datacom and Paymark, since March 2018 and this week released a set of standards for the market.

It’s an approach Brown believes is best and one which could enable us to move ahead of our neighbours. (Australia’s open banking initiative which would have seen Consumer Data Rights rules going live in June have now been delayed, with a pilot instead scheduled to kick off in July.)

“The mindset of some of the big institutions in the UK were probably a little bit questioning of whether they really need open banking and what it means for their bottom line and shareholders.

“Whereas here, we have heard from ANZ, Westpac, and some really positive things from Kiwibank – they are open to this, up for it, and they do welcome it,” Brown says.

While banks operating in New Zealand acknowledge their will likely be some short-term pain, they also believe adopting the new framework and new way of working with third party providers via API technology, will ultimately provide a more competitive landscape for the consumer that banks and other institutions will have to deliver on.

But Brown says the current climate with tensions between the US and China, and what’s happening post-Brexit in the UK also opens the doors for New Zealand and Australia to push the concept of A/NZ being the joint gateway into Asia.

“The first free trade agreement off the ranks post-Brexit is with New Zealand and all the conversations I’ve had with ministers in the last five months is around the fact we really need to think about how we focus our service offering between those two parties and if we use that as a gold standard not only to benefit the UK and EU, ultimately it benefits us because we have a really unique story to share with other parts of the globe.”

Blockchain
The blockchain and cryptocurrency debacle that played out across 2017 and 2018 is in the rear view mirror now, Brown says. And with the drama dying down, businesses are looking more rationally at whether blockchain is right for their business in terms of transaction speed and embedding it into the business.

“We’re seeing much more clarity of thought as opposed to ‘we just have to get everything on blockchain’. There was this mass hysteria that ensued in 2018, but that’s no longer the case which is great, because the technology is good if adopted into the right type of organisation.”

Cryptoplay
Wild fluctuations in cryptocurrencies have been a source drama over the past two years. Brown is at pains to point out that while many people automatically link blockchain and cryptocurrencies, they’re not one and the same.

“One is a platform, one is a cryptoplay, a new asset class.”

But Brown is uncertain where and when cyptocurrency will land. “We’ve seen the whole hype and then many currencies starting to disappear or fail to achieve levels promised.

“It will become a something, as and when to that, and the adoption into modern day society, we’re probably a little bit ‘school is still out’, but I wouldn’t say it’s gone away. It’s here but we have moved through the hype cycle and now we’re starting to see the dust settle and we’ll figure it out from there.”

“You only have to look at how much money is generated through the payment channels and if we could get some of our young organisations to tap into that you’re talking billions and billions, if not trillions, of dollars transacted around the globe.

“And that’s what you’ve got to be mindful of. These organisations, more so now than ever, need to be thinking global from day one.”

While before companies were creating products fit for the Kiwi market and maybe Australia, now there’s no reason a new payment gateway or solution couldn’t be used around the world.

“The market is hugely scalable and in terms of contribution to GDP it is already significant, but could be hugely significant,” Brown says.

Funding fintech
One area where New Zealand continues to struggle is with funding for start-ups, particularly in Series A.

“We’ve been having conversations with the government  about what role we could play in guiding them. We are seeing some of the angel networks coming together to create bigger funds, and also we could start to look at KiwiSaver as an option as Australia does with its super.”

“Ultimately, we are in an environment with everything aligned,” Brown says.

“The financial services sector hasn’t been impacted by the late GFC or some of the things that have come out of the Royal Commission – the findings from RBNZ and the FMA haven’t been as detrimental as they could have been – we do still sit at joint number one in the corruption perception index and when you put all of those things together it actually gives us a really good platform to surge ahead in some of these key initiatives.”