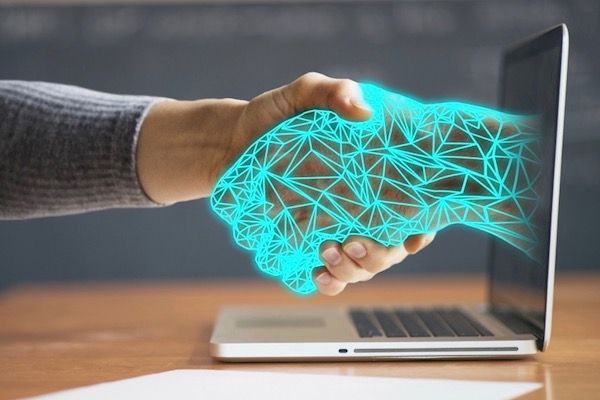 And the next frontier of tech will be…

The role of the CIO is about to get a lot more human focused, as returns on digital transformation falter and companies look for the next mechanism for growth.

That’s the message from Sam Higgins, Forrester principal analyst who says the post digital wave of transformation will be around ‘human-centred technology’.

“We are nearing the end of the usefulness of digital and digital transformation as a vehicle for maturing our organisations and their growth potential,” Higgins told iStart. “The opportunity to create value through digital is shrinking.”

“Technology was always supposed to unlock productivity and the potential of people, but we seem to have put the cart before the horse a little bit.”

Higgins says Forrester research shows less and less companies are looking to digital transformation as a key action to address changing business models – less than 15 percent globally in 2022, in fact, down from 21 percent last year.

“For every $1 you spent [on technology] you used to be almost guaranteed to get a three percent productivity lift. Now you spend a dollar and you’re lucky to get one percent.”

“I’m getting a lot of comments from clients that they’ve put all the digital stuff in and their DX, from a technology perspective, seems to have been done, but now we think it is all about digital skills and competency and literacy,” Higgins says.

“We’ve talked about that for a while, but we’ve really not done it very well.”

Or to put it bluntly, our technology modernisation has often been done separately from the people and the processes that use that technology.

For companies, and for CIOs, it means a move from a technology-lead growth strategy to one that is much more people focused and pulls together things like diversity, equity, future of work, what will or won’t be automated, and the creation of a great employee experience – because we know that a great EX delivers a great customer experience and that in turn delivers great growth, Higgins says.

“CIOs will become much less focused on driving the technology change,” he says.

“The bottom line is CIOs need to reorient themselves and assist their origination to reorient itself at a leadership, strategy and operational level to start to understand how they can unlock the potential of people and harness those unique human competencies we have to leverage the technologies we have got now. And do that to deliver the sort of stakeholder outcomes, be they customer, employee or broader brand outcomes.

“Technology was always supposed to unlock productivity and the potential of people, but we seem to have put the cart before the horse a little bit.”

Now, having realised that, having come out of a pandemic, having rolled out a lot of technology, Higgins says we need to make sure we focus on whether everything has been done to allow people to get the most out of the technology we are giving them rather than pushing the technology on them and hoping they will deliver.”

He sees a near future where CIOs work closely with the chief people officer – whatever title they might hold – to help drive the most out of the technology that has been deployed over the past few years and where the issue of whether technology is doing harm to employees permeates the business sector, just as it has wider society.

“I think CIOs will be having those types of conversations with their HR counterparts,” Higgins notes. “Is the technology I’m rolling out doing good things to our employees or bad?

“And that will be a big shift, because in the case technology leaders haven’t necessarily had to worry about the impact technology can have on the wellness of people because it really hasn’t been so pervasive that it has been a problem.”

Change management, not as a discrete one-off project as new technology is introduced, but instead as an ongoing movement, will become de rigueur.

“If in solving the digital problem we had to move from project to product and we had to move from start to finish based implementations to continuous development, continuous integration – all the DevOps, DevSecOps stuff that tech folk talk about – the bit that is missing is we have no concept of truly continual change management as it relates to technology.

We employ change managers to come in and help enable staff to adopt a tech while a project is running but we don’t think of it as an ongoing discipline.”

That’s not to say tech investments and deployments will decline. Forrester says it’s intelligent technologies such as automation and predictions engines which focus on outcomes, not just financial results, which will enable them to unlock employee creativity and drive their business forward.

“This shift will establish a new era of transformation, one comprising human-centred tech initiatives that form a tight link between CX and EX, drive competitive advantage and deliver a three percent to five percent net gain in productivity,” Forrester says in it’s Predictions 2022: Tech Leadership and Innovation report.

“You know what I think the big reckoning is for technology,” Higgins asks? “Lazy human capital management.”

It’s an area that has seen little advancement.

“If you look at the human capital market, the old ERP platforms, it looks pretty tiered. Even some of the newer entrants into the market in the SaaS space are not really disrupting the way in which we manage people.”

It’s an area he sees as ripe for transformation.

“The future technology stack that we build to unleash this creative potential will not be the HCM platform of the last 40 years. We will see a new stack of technology emerge that we would broadly classify as part of the employee experience landscape, but which will look much more like the targeted customer relationship management platforms that exist.”

While companies have spent years telling customers their brand story, that’s often been neglected when it comes to employees.

Higgins sees a future of sophisticated systems capable of understanding the changing dynamics within a business and providing ‘nudges’ and marketing campaigns to employees – the equivalent of the marketing stack inside an organisation.

He sits the example of a new team formed and the system noting that one member looks to be playing the role of scrum master, even though they don’t have scrum certification. The system could then email that person, asking if they knew they could register their team, get team support tools allocated if they’re working towards a recognised company objective, or inviting them to register for the next scrum leaders course.

There is, of course, the spectre of big brother and creepiness.

“That goes back to what will the CIO need to worry about? Well they’ll need to worry about implementing this new disruptive technology but also making sure that it doesn’t harm anyone in the process – that it doesn’t become creepy and more importantly doesn’t harm people because that is the dangerous downside of something like this. I can imagine the employee equivalent of an Instagram causing real mental health problems for employees.”

So how do you prepare for a human-centred future? Higgins offers three pointers: