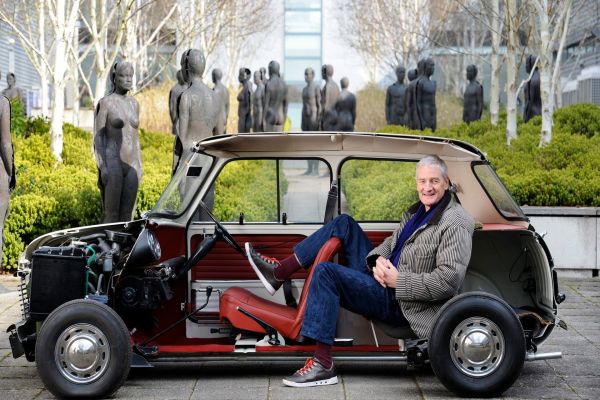 Can James Dyson produce an electric car in record time?…

If a payments technology entrepreneur can make an electric car that doesn’t suck, why not one from a vacuum cleaner innovator? The world is likely to have an answer to that burning question, one way or another, as British businessman James Dyson turns his attention to producing a battery-powered vehicle which will join the multiple options already available today.

Elon Musk and his Tesla cars need no introduction. But while the hype and attention tends to go where Musk does, far cheaper electric vehicles are readily available from plenty of olde worlde car makers. Take the Chevrolet Bolt as an example; Doug DeMuro points out that the Bolt is arguably better than the Tesla Model 3 – but nobody wants one and those who do buy won’t rush to social media to tell the world. And there’s the Nissan Leaf, already 7 years old.

So, what of James Dyson, then, the vacuum cleaner billionaire; could he whip the world into a new frenzy and further disrupt a notoriously tough-to-enter car market?

In an email to the Dyson company’s some-7000 employees, Dyson rambled on about diesel and ‘ambition to find a solution to the global problem of air pollution’ before getting to the point. “Some years ago, observing that automotive firms were not changing their spots, I committed the company to develop new battery technologies. I believed that electrically powered vehicles would solve the vehicle pollution problem,” he wrote.

Here’s where Dyson arguably has an edge over Musk, who came into the car industry on the back of PayPal billions. With powerful cordless vacuum cleaners (with cool car sounding names, like the V6 and the V8), his company has been tinkering with electric motors and batteries for a good long while. Anyone who has used one knows that a Dyson both sucks and doesn’t at the same time.

Which Dyson himself plays up. “The latest digital motors and energy storage systems power the Dyson Supersonic hair dryer and cord-free vacuum line. We’ve relentlessly innovated in fluid dynamics and HVAC systems to build our fans, heaters and purifiers,” he wrote; and a vehicle represents an ‘opportunity to bring all our technologies together into a single product. Rather than filtering emissions at the exhaust pipe, today we can solve it at the source. So I wanted you to hear it directly from me: Dyson has begun work on a battery electric vehicle, due to be launched by 2020.’

The work underway includes a team which he said combines top Dyson engineers with automotive industry folk and which numbers more than 400. Capital? “I’m committed to investing £2bn on this endeavour.”

Sounds hefty, until Wired unpicks things. ‘The world’s richest company, Apple, recently scaled back its automotive ambitions, reportedly when it realised just how hard building a car really is. Making a one-off prototype that moves is one thing. Building a global supply chain, conforming to endless regulatory gobbledegook, managing massive overhead, and building out working production lines is quite another. Even the successful automakers struggle with slim profit margins. Dyson’s multi-billion dollar investment in cars and batteries sounds large, but pales next to the legacy automakers who know how much it costs to design and develop a new kind of car. Daimler is pouring $10 billion into EVs…’

Despite that, if Dyson’s move excites the senses, here’s the bad news. The company will be staying dark for the foreseeable future (James Dyson has something of a history of mild paranoia, fearing competitors under every bush spying on his company secrets). “The project will grow quickly from here but at this stage we will not release any information. Competition for new technology in the automotive industry is fierce and we must do everything we can to keep the specifics of our vehicle confidential,” he wrote.

Success in the car industry is elusive and tends to heavily favour incumbents, even if those incumbents can’t capture the hype in a way that a technology entrepreneur can. Despite the massive wave of excitement that accompanies Musk and his every move, even Tesla has yet to make a dollar, surviving solely on subsidies.

The naked ambition of getting a car to market in just over two years is also questionable. Quoted in the Guardian, an auto industry insider points out that there is more to it than engineering: regulations and legislation are the bigger challenges: “It is a challenge because getting a car to market is a long process. We are launching a new electric car next year. That process started five or six years ago – and we have everything in place (manufacturing facilities, established supply chain and manpower).”

And regulations? “The complexity of crash regulations alone is huge…each car must be compliant in each market.”

And that’s why it takes “years rather than months” to get a new vehicle through the EU’s rigorous safety testing process until it is awarded a certificate of conformity.

Be that as it may. Those who own a Dyson product are likely to attest to the quality and performance associated with keeping the lounge clean or your hands dry. The prospect of a similarly engineered car, whether in 2020 or later, is an exciting one.