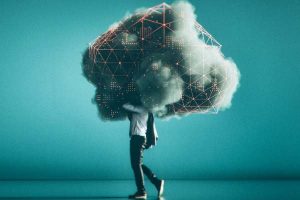 Experimenting still name of the game for cloud…

Enterprises overwhelmingly see significant technical and business benefits to public cloud, but few have been able to scale to business-wide cloud usage, with security, compliance and vendor lock-in holding them back.

That’s the verdict of The State of Public Cloud in the Enterprise Report 2020 from tech consultancy Contino.

The report, based on a survey of 250 IT decision makers across Europe, the US and APAC, shows the vast majority of enterprises are using the public cloud, seeing substantial technical and business benefits, and planning on expanding their cloud use further.

“Enterprises are deploying fewer workloads but using more advanced services as they learn to make the most of the capabilities of the cloud.”

The overwhelming majority – 99 percent – said there were significant technical benefits to cloud, including increased efficiency, easier scalability, and the speed and ease of provisioning infrastructure, while 100 percent said they see varied business benefits versus on-prem, with 81 percent saying they can innovate more quickly with public cloud. Topping the list of business benefits: being more responsive to the needs of the business, the ability to focus on generating new  revenues and accelerated time to market for new products and features. Lower TCO was the least cited benefit.

But they’re still in a period of transition, with fully fledged cloud programs a rarity. Despite 77 percent of enterprises using public cloud in some capacity, only 13 percent – and just three percent in APAC – have a fully-fledged public cloud program live across the business.

“Clearly, the vast majority of cloud programs are not fully mature and have not yet been adopted by businesses as the central IT platforms for their whole business,” the report says.

“The kinds of platforms and services in use, contrasted with the percentage of workloads in the cloud suggests that most enterprises are still in an experimental phases, figuring out how to make the cloud work for them.

“On top of this, there is still a lot of lifting-and-shifting and managing of the cloud with existing teams and processes, which is likely limiting the true ROI potential of a cloud program,” the report notes.

“When it comes to migration, the real benefits of the public cloud are revealed when applications are optimised for cloud-native environments.”

The survey found just 23 percent of respondents were refactoring, or rearchitecting workloads to maximise their cloud benefits, something Contino notes reflects that the cloud journey is underway – but really only just beginning.

So what’s holding back deeper adoption, given that the enterprises clearly see benefits and expect wider adoption? Globally, security (48 percent) and compliance (37 percent) are the main barriers to adoption – an interesting stance, given that 64 percent said public cloud was more secure than traditional data centres.

“The cloud is clearly seen to be more secure and compliant than on-prem, but respondents are finding it a challenge to make best use of this capability.”

Vendor lock-in was also cited as hampering wider adoption, with 63 percent saying they’re ‘somewhat’ or ‘very much’ afraid of getting locked into a single cloud provider.

“This is a major concern among our respondents and is a fear that must be addressed before we are likely to see fully-fledged cloud programs established more widely.”

APAC’s barriers, however, were a little different. Here it’s the existing investments in data centres and a lack of in-house skills – both cited by 42 percent of respondents – that are key barriers. Security comes in third (38 percent).

But when enterprises use cloud (and it should be noted that the survey polled decision makers at companies with more than 5,000 employees, so we are talking enterprise here), they’re all taking advantage of advanced cloud services. Serverless (49 percent) and big data (46 percent) are out in the lead. Then it’s a drop back to third placed machine learning, which is being used by 31 percent, with only 30 percent using container orchestration. The much vaunted AI rates just 16 percent, behind IoT’s 27 percent.

“These responses hint at the more experimental way the public cloud is currently being used: Enterprises are deploying fewer workloads in the public cloud than elsewhere, but using more advanced services in those experiments as they learn to make the most of the capabilities of the cloud before migrating larger sets of workloads.”