News > Which vendors come short when measuring up the big boys of ERP?

Which vendors come short when measuring up the big boys of ERP? 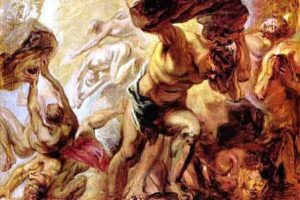 Assessing ERP solutions against one another is a devilishly difficult thing to do owing to the complexities of the software and the environments in which it is implemented. Be that as it may, an intrepid North American provider of ERP solutions tackles the task on an annual basis; in its ‘Clash of the Titans’ report, Panorama Consulting pits the top four vendors against one another and assesses them on criteria which range from the straightforward (‘market share’) to the tricky (‘short-list and selection rates’, ‘implementation duration’, ‘payback period’). But is there a clear winner?

If all this sounds slightly familiar, it’s because at the end of 2016, Panorama ranked ERP vendors and produced a top ten, with Epicor taking the silverware in that assessment.

Sticking to the Titans in this report – that is, the top four vendors by market share – narrows that field down to SAP, in the lead with 19 percent, Microsoft’s Dynamics second at 16 percent and Oracle and Infor each commanding 13 percent.

That’s not global market share, mind, but is instead drawn from responses collected from Panorama’s ERP Benchmark Survey, which it ran between October 2015 and November 2016. The company said ‘the dataset includes 470 respondents who have selected or implemented SAP, Oracle, Microsoft Dynamics or Infor ERP solutions. The analysis is based on all solutions offered by the four vendors and is not segmented by industry.’

The Clash of the Titans report makes for valuable reading for anyone considering taking their company into an ERP implementation. Key findings include:

In a follow-up blog, Panorama lead consultant Eric Kimberling said the four vendors assessed do, as might be expected, have quite a bit in common. Most of those things are not positives; they are also not particularly surprising to anyone who has involved themselves in an ERP implementation, vis: actual costs for customers exceed estimated costs; operational disruption is very consistent – and consistently too high; and most customers fail to realise the expected business benefits.

But one finding which might be surprising is this. Cloud adoption continues to gain momentum but most implementations are still on premise. “All four vendors are investing heavily in cloud ERP deployment options, but, with the exception of Microsoft Dynamics, a majority of customers are still implementing on premise options. The numbers are definitely trending toward more cloud adoption year-over-year, but adoption has not yet reached the majority. This should continue to change as vendors and other third parties continue to provide more viable cloud deployment options,” Kimberling wrote.