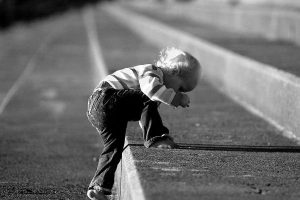 Every business might be a tech business, but are we really ready?…

There’s a deficit of digital savviness in business, with most executives ‘out of touch’ with what it takes to lead effectively and for their business to stay competitive in the digital economy.

That’s according to a new report from MIT Sloan Management Review and Cognizant, which surveyed nearly 4,400 executives worldwide and found that just nine percent believe their organisation has leaders with the skills to thrive in the digital economy. Only 13 percent strongly agreed that their organisations are prepared to compete in increasingly digitally driven markets and economies.

“Most companies are risking significant future revenue growth because of the gap between the potential and realised value of their technology investments.”

“Our study suggests digitalisation, upstart competitors, the need for breakneck speed and agility and an increasingly diverse and demanding workforce demand more from leaders than what most can offer,” Doug Ready, senior lecturer in organisation effectiveness at the MIT Sloan School of Management and guest editor of the report, says.

It’s a disconnect that raises questions around how CEOs can help drive digital transformation in an increasingly tech-centric world.

Interestingly, the report – The New Leadership Playbook for the Digital Age: Reimaging What it Takes to Lead – also found that 71 percent of respondents considered themselves personally ‘prepared to lead’ in the digital economy, even if their bosses aren’t.

The same group, however, scored significantly lower when asked whether they possess specific digital skills, such as using data analytics to influence their decision making (55 percent) or advocating for the use of machine learning technologies in their organisations operations (50 percent).

There’s also a disconnect at play in a new Accenture report, Your Legacy or Your Legend? A CEO’s Guide to Getting the Most out of New Technologies, which found that while 80 percent of CEOs say they have the right technologies in place to innovate at scale, and 70 percent claim to be very knowledgeable of their organisations investments in innovation, just 10 percent of companies are making optimal technology investment and adoption decisions and realising the full value of their investments.

Those that are making an ‘optimal’ investment in technology – adopting technologies more aggressively and ‘breaking down barriers to effectively scale innovation across their organisations’ – are generating more than twice the revenue growth of those on the lower end of the spectrum, Accenture says.

“Most companies are risking significant future revenue growth because of the gap between the potential and realised value of their technology investments,” says Paul Daugherty, Accenture chief technology and innovation officer.

The Accenture study, which covered CEOs, tech executives and non-tech executives at 8,300 companies worldwide, identified five key factors, which it dubs PATHS, that set the top 10 percent of companies apart from the rest.

Progress: The extent to which companies apply new technology to evolve business processes across the enterprise. Accenture cites the use of cloud and artificial intelligence to increase the effectiveness of multiple business processes rather than working in silos.

Adaptation: Ensuring that IT systems can adapt and respond to changing market conditions with actions such as decoupling from legacy systems and using cloud services as a catalyst for innovation.

Timing: Creating an appropriate roadmaps for deploying new technology, beginning with identifying foundational technologies and prioritising adoption based on their enterprise-wide impact.