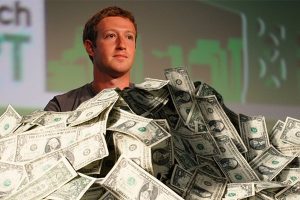 Because why not give them access to your financial data?…

Facebook is doubling down on its efforts in payments unveiling an in-app payments offering, Facebook Pay – and opening the doors for even more targeted advertising from the social media platform.

Pay will enable users to send and receive money across the Facebook suite of apps, including Facebook, Messenger, Instagram and WhatsApp – ironically tying its apps even more closely together at a time when its facing pressure to be broken up.

While the company already had a payments service for Messenger, Facebook Pay, like services such as Apple Pay and Google Wallet, works with credit cards as well as Paypal.

“Actions you take with Facebook Pay can be used for purposes such as to deliver you more relevant content and ads.”

The service has begun rolling out on Facebook and Messenger in the US for fundraisers, in-game purchases, event tickets, person-to-person payments on Messenger and purchases from select pages and businesses on Facebook Marketplace.

“Over time, we plan to bring Facebook Pay to more people and places, including for use across Instagram and WhatsApp,” Deborah Liu, Facebook VP marketplace and commerce, says.

Preferred payment methods can be entered once either app-by-app or across apps. “That means we won’t automatically set up Facebook Pay across the apps you are active on, unless you choose to do so,” Liu says.

While that is meant to be reassuring, the words were somewhat undermined by the fact the announcement of Pay came hard on the heels of Facebook fessing up that a ‘bug’ which meant when the Facebook app was open it was surreptitiously turning on the camera.

After users took to Twitter with their concerns over the issue, Guy Rosen, Facebook VP of integrity – we kid you not – replied saying it looked like it was a bug and Facebook were looking into the matter. He later followed up saying the bug had been ‘inadvertently introduced’ when Facebook was fixing another issue and that the bug meant ‘the app partially navigates to the camera screen when a photo is tapped’.

“We have no evidence of photos/videos uploaded due to this,” he added.

The company has previously been under fire for accessing smartphones’ microphones.

Pay also comes as the company continues its push with its controversial Libra digital currency and its Calibra digital wallet, which has been widely panned – and is already banned in several countries despite not having launched. Most major companies, including PayPal, Visa, Mastercard and Stripe have pulled out of the Libra Association, set up to oversee Libra.

However, Facebook says the two projects are separate, with Pay built on existing financial infrastructure and partnerships and processed in partnership with companies such as Paypal and Strip.

Liu says Facebook is continuing to invest in security – at least when it comes to keeping other parties away from your private details. “We designed Facebook pay to securely store and encrypt your card and bank account numbers, perform anti-fraud monitoring on our systems to detect unauthorised activity and provide notifications for account activity,” she says.

But the company also admits that as with previous payments options on its apps, when you make a payment, it’ll be collecting the data and yes, ‘the actions you take with Facebook Pay can be used for purposes such as to deliver you more relevant content and ads, to provide customer support and to promote safety and integrity’.

“For example, if you buy a baseball glove on Facebook Marketplace, you might see an ad for a  baseball bat,” Facebook says. Payment and purchase activity won’t be shared with friends or to your profile or feed, the company says ‘unless you choose to share it’.

“Facebook Pay is part of our ongoing work to make commerce more convenient, accessible and secure for people on our apps. And in doing so, we believe we can help businesses grown and empower people everywhere to buy and sell things online,” Liu says.

“We’ll continue to develop Facebook Pay and look for ways to make it even more valuable for people on our apps.”