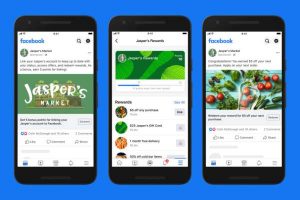 Facebook might be billing the launch of its Shops feature, which will enable businesses to sell direct to customers via the social media platforms, as an effort to help with economic recovery in the wake of Covid-19, but the company is betting on the new offerings to bolster its ad business.

The new platform, which is rolling out in New Zealand now and will soon roll out in Australia, will enable companies to sell direct via both a business’ Facebook page and Instagram profiles. Ultimately, it will also cover Messenger and WhatsApp, with Facebook CEO Mark Zuckerberg saying businesses will be able to set up a shop once and have it live across all four platforms. Customers would then be able to put something in their cart on one platform, and check out on another if desired. (However, while US customers will be able to checkout directly within Facebook that feature has yet to make it to Australia and New Zealand.)

It’s a feature Zuckerberg says will increase the ease and convenience of shopping and drive conversions for small businesses.

Facebook has been pushing into ecommerce for a number of years, no doubt aiming to be as ubiquitous for online shopping as it is for social media and become the go-to platform for online shopping. It launched Marketplace back in 2016 and added limited in-app shopping to Instagram last year, as well as launching its Libra cryptocurrency. It has also enabled product catalogues on business pages for some time now.

Businesses will be able to be set up digital storefronts for free (more on that later), telling their brand story in customisable fonts and colours, upload catalogues and feature specific products, with Facebook users then able to purchase direct via the platform. Zuckerberg says businesses will also be able to connect their loyalty programs and use Facebook’s AI and augmented reality offerings to create more personalised shopping experiences.

So what’s in it for Facebook? Small businesses make up the majority of Facebook’s advertisers and in Zuckerberg’s words ‘the biggest part of our revenue’, so Facebook’s moves certainly aren’t purely altruistic: The company has a big stake in ensuring small businesses survive.

“Our business model here is ads, so rather than charge businesses for Shops, we know that if Shops are valuable for businesses, they’re going to in general bid more for ads and we’ll make money that way,” Zuckerberg admits.

The company claims to have 160 million SMBs globally using its platforms, including Facebook, Messenger, Instagram and WhatsApp.

Analysts UBS agree some of the move to online retail seen through social distancing and lockdowns will be permanent.

The company says it expects online sales for non-food retailers to rise to 17 percent of total sales by 2024, up from around 11 percent now.

Australian Bureau of Statistics figures show while Australian retail saw an historic fall in turnover in April, online sales jumped to 10 percent of the monthly turnover.

Breaking with its previous model of making businesses go all in with Facebook’s own tools, Shops will see the company working with partners including Shopify, BigCommerce, WooCommerce and Cafe24.

“We’ve changed our approach to partner more closely with others in the ecosystem,” Zuckerberg says.

While Covid might be the prompt for the additional ecommerce features being released right now, Zuckerberg says he believes we’ll be living more of our lives online and doing more business online, well after Covid is beaten.