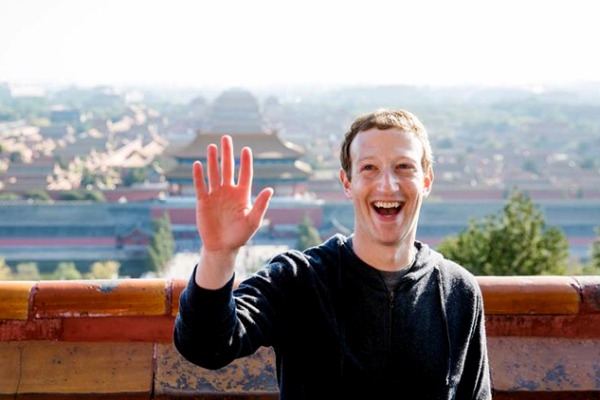 Facebook’s threat to ban news content for Australians has come to fruition – but it’s also impacted dozens of other organisations, including charities and the Bureau of Meterology.

The Facebook pages of Australian news outlets and other affected sites this morning showed no posts and Kiwis reporting they’re unable to share stories.

The code is due to be debated in parliament this week, but Facebook, which along with Google has opposed the planned changes, last night made the shock pre-emptive strike.

In a blog post last night, Will Easton, Facebook Australia and New Zealand managing director, said the company would restrict publishers and people from Australia from sharing or viewing Australian or international news content in response to the proposed new Media Bargaining law.

“The proposed law fundamentally misunderstands the relationship between our platform and publishers who use it to share news content,” Easton says.

“It has left us facing a stark choice: Attempt to comply with a law that ignores the realities of this relationship, or stop allowing news content on our services in Australia. With a heavy heart, we are choosing the latter.”

Facebook’s decision – and a flurry of reports from users of the inability to share links to news – prompted a quick response from communications minister, Paul Fletcher, who told 2GB radio the decision was being considered ‘very carefully’ by the Australian government ‘but it certainly raises issues about the credibility of information on the platform’.

Easton says the platforms have ‘fundamentally different relationships’ with news providers, which may result in differing responses from the platforms.

“Google Search is inextricably intertwined with news and publishers do not voluntarily provide their content.

“On the other hand, publishers willingly choose to post news on Facebook as it allows them to sell more subscriptions, grow their audiences and increase advertising revenue,” he says.

“In fact, and as we have made clear to the Australian government for many months, the value exchange between Facebook and publishers runs in favour of the publishers – which is the reverse of what the legislation would require the arbitrator to assume. Last year Facebook generated approximately 5.1 billion free referrals to Australian publishers worth an estimated AU$407 million.”

Easton says the business gain from news  for Facebook is ‘minimal’, claiming news makes up ‘less than four percent of the content people see in their news feed’.

Google had also threatened to withdraw its search engine from Australia if the code went ahead, but has since signed agreements with a number of local publishers, including Nine Entertainment and Seven West Media.

The bill would require companies which hadn’t signed such deal with publishers to pay a fee, determined by an independent body, for the content.

But while Facebook may have planned to block just news content, it’s actions have had a much wider impact, with the Facebook pages of a number of government agencies and charities among those also impacted.

Carsten Rudolph, associate professor at Monash University’s Department of Software Systems and Cybersecurity, says “There will be a variety of unintended consequences of this announcement. Content blocking of this nature can result in more unnecessary outlets being blocked, rather than less.

“This is already occurring with the likes of emergency services and weather forecasts being blocked. We’ve also seen that satirical sites, such as The Betoota Advocate, have also been blocked from using their Facebook page.”

Rudolph says the issue raises questions about the role of digital platforms in society.

Rudolph says these types of blocks cannot be circumvented via a VPN or other similar solutions, as Facebook does not rely on IP address localisation.

“The platform has sufficient information about each of its users and it cannot be used without being logged in,” he says.

“Unfortunately, Facebook has shown again that is not for democracy, it is antidemocratic, and not willing to follow laws of the country,” she says.