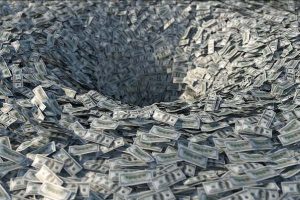 CIOs urged to do it once, do it right…

In the rush to digitally transform themselves to cope with the challenges of Covid and its varied lockdowns, some companies are risking significant and unnecessary costs – and even reputational damage according to one quality assurance company.

At last week’s virtual New Zealand CIO Summit, IDC US senior vice president Matt Eastwood noted that the analyst firm fully expects some companies to have to roll back hastily-made technology changes over the coming months. Now, Kiwi company Qual IT, which boasts big names including NZ Police, Tower, the New Zealand Transport Agency and Transpower among its client list, has also sounded a warning for companies to exercise caution and also to elevate the tech procurement to boardroom discussion.

“In this environment, it is critical that leadership know exactly what they want, before IT investment decisions are made.”

Shane Hewson, Qual IT co-founder and director, says the changes to employee and consumer behaviour brought on by lockdowns mean companies are having to quickly onboard and integrate systems, platforms and products that enable remote working and online business transacting.

“This has come at a time when avoiding big costs is at the forefront of shareholders’ minds, as CEOs and boards are faced with the dual pressure of keeping margins razor thin, while having to quickly change how their organisations operate which often requires expensive IT investments,” Hewson says.

That, he says, is ‘a recipe for disaster’ if not properly managed, and something that can turn into a ‘massive money pit’.

His words echo those of a number of other organisations, including IDC, who have noted that some of the rushed work done in the early days of Covid, as companies scrambled to rapidly enable work from home and to set up online business, will need to be revisited

Eastwood told CIO Summit attendees to expect to need to unwind some of the technology moves made during Covid.

“There were a lot of decisions that were made initially as we pivoted into this pandemic that were the right decisions for that moment – they were about keeping people productive and safe,” he says. “But they might not have been the best decisions for long term digital decision making.

“We do see part of the path being the need to come back and unwind even, some of those earlier decisions and put things in place that are a bit more permanent, will scale better and will serve our needs much further into the future.”

He notes that in the haste to get everyone working from home and to keep business ticking over while in lockdown, additional and unwanted technical debt may well have been added for many companies.

“This will need to be rethought and cleaned up.”

Qual IT, meanwhile is emphasising the need for planning and testing – yes, those standard key lynchpins of any project – before spending in response to the current market changes.

Jon McPhee, Qual IT co-founder and director, says companies and government departments need to avoid knee jerk reactions to mounting pressure, and instead bring IT investment decision making to the board level, integrate it into the very essence of their strategy and ensure it is at the inception of budgeting processes.

“IT is no longer a separate function, but has become fundamental to a business and now, post-Covid even more than before, it actually determines and drives how that business operates, McPhee says.

“That is why, in this environment of pressure and uncertainty, it is critical that the board and leadership, know exactly what they want, before IT investment decisions are made.”

IDC figures show 34 percent of companies globally have accelerated their digital transformation in response to Covid, with 17 percent putting DX on hold and 49 percent continuing as previously planned. Australian and New Zealand companies have been quick to accelerate their efforts, with 70 percent of Kiwi companies and 83 percent of Australian companies adding new projects to their DX roadmap back in June.

“From where we are sitting, quality starts with a good, sound business case,” Qual IT’s Hewson says.

He says the company, which has offering systems and product testing for more than 16 years and has 250 staff across New Zealand, has seen first-hand how messy things can get without the proper preparation, analysis, planning, management, support and governance of IT investments from start to finish.

“In the current climate organisations can’t afford to run over budget, over timelines and still end up with imperfection,” Hewson says.

“If you know from the get-go where the risks are, then you are less likely to get it wrong.”

It’s simple advice, not just for the Covid era, but for any time.