News > A fascination with the future of work

A fascination with the future of work 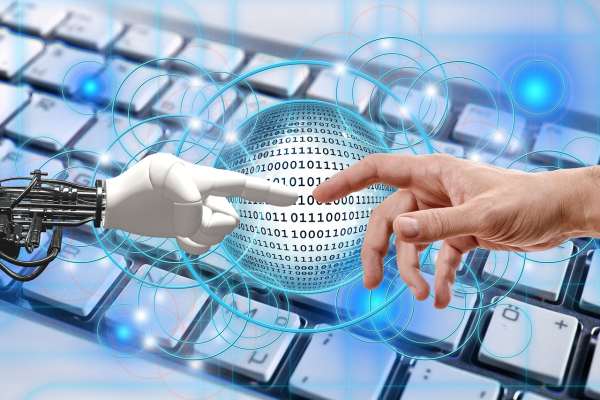 It’s closer than you think. In fact, it’s here and now…

There’s something of a preoccupation with how people are going to keep themselves busy in a brave new world of technological enablement, with intelligent systems and services doing much of the heavy lifting for us. But here’s the thing. It isn’t about employees or employment, it is about society. And getting work done isn’t about technology or how people spend their time at the coalface, it is about the effort involved to achieve a desired outcome. The future of work, then, requires a look at just what work is, and perhaps more importantly, to what end we ‘do’ work in the first instance.

That much became clear at a thought-provoking ‘Future of Work’ discussion at ServiceNow’s Now Forum which took place in Sydney this week.

“What will disappear is a lot of the stuff we do at work which doesn’t add any real value.”

For those who don’t know, ServiceNow is an American service management vendor which provides a ‘platform for work’ in the cloud. Built on ITSM principles, the hot new thing ServiceNow brought to the party isn’t the cloud or the platform, but rather the vision that these principles are not bound to the boring (to some) olde worlde of IT – and that’s a vision that led to Forbes describing ServiceNow as ‘the world’s most innovative company’.

The innovation lies in successfully applying this structured approach, along with workflows and process visibility to disciplines including HR, facilities management, business operations and elsewhere.

Work versus value
But what will disappear – thankfully – is a lot of the stuff we do at work which doesn’t add any real value.

Among the reference customers ServiceNow had on stage to share the problems they have and how new ways of working are solving those problems was Flight Centre. Mountains of uncoordinated systems including spreadsheets and emails, made it nigh impossible to look after the needs of some 10,000 employees. Everyone providing support was busy, to be sure, but the outcomes were sub-optimal, with the value these workers could provide mired in administration.

Enterprise Operations Manager Michelle Carroll said it is her mission to transform this mess into a ‘technology centre of excellence’, and ServiceNow has played a key role in bringing her vision to life.

“When I walked in, call volumes were through the roof, there was no self-service and we had in excess of 200 calls waiting up to 40 minutes at any one time.”

A month after ServiceNow went in, call volumes were down 50 percent, said Carroll, and wait times reduced to just four minutes. Subsequent introduction of ServiceNow for IT operations management delivered equally positive results, bringing visibility to the company’s operations along with an 88 percent reduction in mean time to restoration; “that equates to millions of dollars,” said Carroll.

And such is the non-IT nature of ServiceNow, that she’s got her eye on multiple other areas of Flight Centre where it can have an effect: “Risk and compliance is next, then Security Operations. We’re on a journey to complete the orchestration of all moving parts to achieve operational excellence,” she explained.

Fewer staff…is that bad?
So, what’s the problem here? What happens at companies like Flight Centre when the paper-shufflers are put out of a job?

Far from a Utopia where we’re relieved of the mundane and tedious, the worry is that, across companies like Flight Centre, engineering company WSP Opus and telecom provider Spark NZ (which are busy with digital transformations of their own, using ServiceNow as part of the exercise), a ton of jobs are going to go. Will we have more people than jobs? And despite technology advances of years past which appear to have put the lie to this theory, does the pace of the thing this time mean workers can’t adapt? While Xanadu beckons, will it be only for the select few? And what becomes of everyone else?

Amazingly enough, these are the sorts of concerns which occur not only to those in the ‘technological firing line’, but also to those enabling the change. ServiceNow VP and MD A/NZ, David Oakley hinted at it when explaining that this region is one of the most innovative in its use of technology – perhaps spurred by minimum wage laws – and companies like Australian bank NAB are reducing their workforces dramatically by ushering in new ways of working.

“I’m shocked at how quickly these things are playing out,” he said, referring to ‘massive technology disruption’.

And yet, the United States where ServiceNow is domiciled has just reported some of the lowest unemployment figures in years. The impact of automation, it seems, has yet to decimate the workforce.

But the best point that Oakley made was an almost throwaway comment. “We need to make sure automation is used in the service of people.”

Who are the people?
While the people Oakley was quite reasonably referring to are employees – those working within organisations and for whom cutting out tedious paper- or email-based tasks with automated, technology-driven tools makes their job experience surely better, there’s another set of people who are arguably more important.

But what doesn’t change is the reason we do jobs in the first place.

And so, when looking at the ‘future of work’, it’s perhaps useful to go right back to basics with the sort of questions a five year old is likely to pose, simply because the rest of us tend to take the answers for granted, or we never wonder in the first place.

Questions like ‘what is work, anyway? Why do we work? How do we work, is it really ‘9 to 5’? Was it ever? Did we work like we do today, a decade ago? Fifty years ago?

The first two questions are apparently easy. Work is an activity involving mental or physical effort done to achieve a result. Why do we do it? Not because we need a dollar, but because society is needy, infinitely so. It doesn’t matter how well you meet the demands, there will be more tomorrow and the demands themselves will change. So long as there are people, there is work to be done.

And these are the people we should be concerned about. The needs of the many. Customers benefit when Spark improves its service delivery, by whatever means, and needs fewer employees to do it. Customers pay less when an insurance company processes claims automatically and instantly. Citizens benefit when the government administers taxes with a few thousand employees, rather than a few hundred thousand.

This is the future of work
More than being an innovative company itself, the software ServiceNow provides is used by partners and end-customers to themselves innovate and define how work is done in their organisations.

And that, really, is the future of work: it is what various organisations make of it, using an expanded set of tools to do it, and in response to the way in which the workforce makes itself available.

Donovan Jackson travelled to Sydney as the guest of ServiceNow.