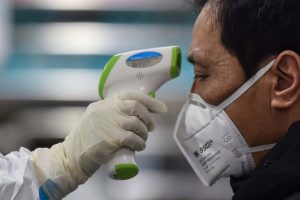 In a global society, gaining insights into health threats is more important than ever…

As government and health authorities globally grapple with the threat and spread of coronavirus, technology from analytics and AI to robots is putting its money where its mouth is and providing some much needed assistance.

The COVID-19 outbreak, which the World Health Organisation was first informed about on December 31, after a ‘pneumonia of unknown cause’ was detected in Wuhan City in China, has – as of Monday February 17 – infected more than 71,000 people (more than 70,000 of whom are in China) and claimed the lives of 1,770. Nearly 11,000 people have recovered according to Johns Hopkins University mapping. 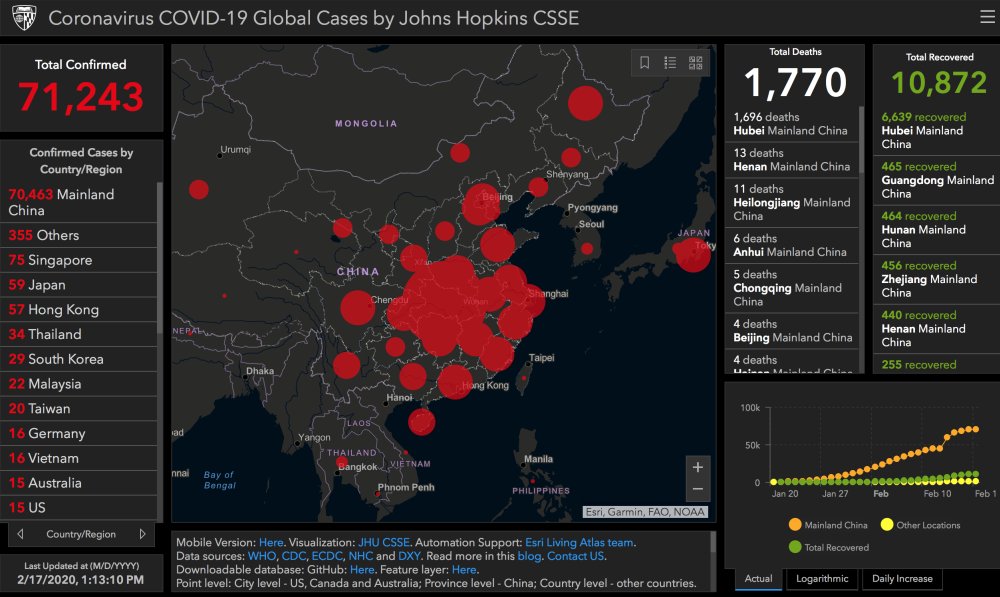 “My hope is that we can learn from it so that future emerging disease, which might be more deadly, could be effectively managed through the use of the latest technologies and algorithms.”

“The early warning of emerging infectious diseases has been intertwined with data, statistics and analytics since the advent of modern public health,” Do told iStart.

“The use of advanced tools is not new. John Snow’s famous map of cholera cases clustering around water pumps in London in the 1850s is an excellent example.”

But technology such as the internet of things and the advancement of analytics has changed the paradigm.

“Technologies like natural language processing (NLP) can be used to mine and extract information and leverage algorithms that allow machines to identify key words and phrases that can be used to provide insights into public health threats or early indications of threats.

The quicker insights are being used to more quickly do contact tracing, quickly identifying people who may have been exposed to a host patient, and so limiting further exposure.

In China, local authorities are using data and analytics to locate anyone who might have been in contact with infected citizens, reportedly turning up at home to check people’s temperatures.

Several technology firms have also developed apps using data scraped from state media lists, to enable people to check if they’ve been on the same flight or train as any confirmed virus patients.

“AI and ML allow us to unlock a host of insights that were not previously possible with classical statistics and analytics,” Do notes, citing the ability to synthesise non-traditional datasets, such as travel data, without needing to explicitly understand relationships and anomalies.

“In addition, these techniques can provide insights into noisy datasets where [there is] incorrect information as well as possible insights into indicators of emerging threats.”

But the availability of open source data, and access to basic analytics offerings (combined with social media amplification), has also brought with it its own challenges – witness this month’s viral Twitter storm claiming emissions data from China showed victims were being incinerated. (Others offered up the less sensational explanation: Wuhan is home to steel mills which continue to idle, producing the sulphur dioxide attributed to cremations.)

It’s not just data and analytics coming to the fore.

A system developed by Chinese tech giant Baidu – best known for its search engine – is being used to screen train passengers in Beijing. It harnesses infrared and face detection technologies to detect fevers in anyone passing through the station. Register a temperature of 37.3 degrees Celsius or higher and the systems flags prompting a secondary check.

Baidu has said the system can check more than 200 people per minute, with a margin of error within 0.05 degrees Celsius.

Meanwhile, robots are being deployed in hospitals to help with the influx of coronavirus patients. Guangdong Provincial People’s Hospital in Guangzhou City is using autonomous delivery robots to transport medicine around the hospital. Each robot, which can open and close doors and take elevators autonomously, can carry out the work of three delivery people, reducing the risks to clinical staff.

Providence Regional medical Center in Washington in the United States has deployed a robot sporting a stethoscope, camera and microphone to help treat a quarantined patient. Nurses, however, are still required to position the robot at the door of the quarantine unit.

Meanwhile, a hotel in Hangzhou China has deployed robots to deliver meals to more than 200 travellers in quarantine at the hotel.

“[Technology] can also help during quarantine through telemedicine and leveraging of smart devices to relay information to providers in addition to if hospitals reach capacity and care has to be delivered to the masses,” Do says.

But while the coronavirus threat might be a global threat (though it’s important to note that the spread of the virus is largely in China, most other countries where cases have been reported are holding steady on their infection numbers) the systems are, at best, ad-hoc.

“There is potential for a more overarching system for future pandemics and outbreaks that can be on standby so that it can easily be leveraged and shared across jurisdictions to gain insights into emerging threats at a much faster pace,” Do says.

“In addition, as more non-traditional sources become available, it is important to have an overarching system that resource poor areas area able to leverage and share information on emerging public health threats,” she adds.

“COVID-19 is something of a mixed bag. It is certainly spreading more quickly than similar coronaviruses, like SARS or MERS, but on the positive side the fatality rate seems to be much lower.

“My hope is that we can learn from it so that future emerging disease, which might be more deadly, could be effectively managed through the use of the latest technologies and algorithms to help contain and prevent the spread of a public health threat like COVID-19 in the future.

“As newer public health threats emerge, it will be more important than ever to get insights more quickly as we have become a more closely knit globalised world.”