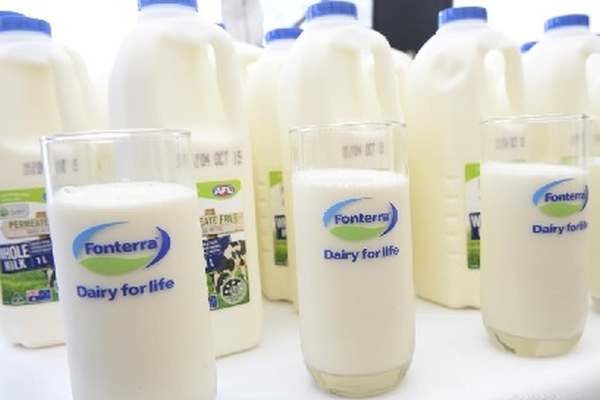 Fonterra has signed on as the first major user of Microsoft’s planned New Zealand Azure data centre region in a deal the vendor is portraying as a big win.

Comments from Fonterra CIO, Piers Shore, suggest the global dairy giant has plans to standardise onto Azure as its preferred cloud platform.

The rhetoric around the deal does not make it clear what that means for long term partner AWS which has been supplying cloud hosting and IaaS services to Fonterra for several years.

It is also not clear whether the announcement translates to any ‘net new’ deal with Microsoft. Fonterra has been an Azure customer a number of years, having centralised its global data analytics platform onto Azure to handle data capture and analysis on a new cloud-based platform, dubbed ‘New Historian’, in 2018. The platform provides Fonterra with access and visibility into operational data and plans were afoot to include analytical tools when the application was fully implemented.

The platform aims to bring together all parts of Fonterra and build a culture around data.

Fonterra’s existing Azure instances run out of Microsoft’s Australian regions and with a New Zealand region currently in the planning stages a migration, once NZ is up and running, would make sense to bring services closer to NZ staff.

Microsoft says transferring data from onsite data centres to the Azure cloud platform will vastly increase the amount of data Fonterra can gather and analyse in real time, using everything from IoT sensors on farm milk vats to smart machines in its factories to help optimise operations.

“Already Fonterra is trialling machine learning to detect improperly sealed or faulty bags of powdered milk in its factories, so all products arrive at stores in perfect condition, without wastage.”

Shore says the new platform ‘aims to bring together all parts of Fonterra and build a culture around data’.

“By capturing and integrating data across the organisation, this will create a foundation for actionable insight and enable Fonterra to deepen our relationships with farmers and customers, optimise our supply chain and manufacturing operations and delivery better products and services.”

Fonterra has been a high profile AWS customer, fronting AWS webinars and sessions to discuss its work, including building a new cloud data and analytics platform to enable rapid data experiments, something David Bloch, Fonterra general manager of advanced analytics told attendees at one event had enabled a culture of experimentation and prototyping at Fonterra.

The company has been running its waterways mapping and auditing system, based on the ArcGIS platform, using the ArcGIS server residing in AWS’ Sydney facility.

Fonterra had previously been using platform-based analytics on its core SAP and Salesforce systems and bringing the data together using AWS’ data hub. The announcement does not state whether the deal includes migration of these and other legacy applications to the Azure platform.

Back in 2018, Jeff Gibson, then Fonterra’s manager of service management, noted the depth of the AWS relationship and the critical requirement for Fonterra to ‘get closer to customers’, saying that it was automating the workflow of provisioning cloud services using ServiceNow, in partnership with AWS, to provision infrastructure environments in minutes to make them available faster to Fonterra’s 22,000 employees.