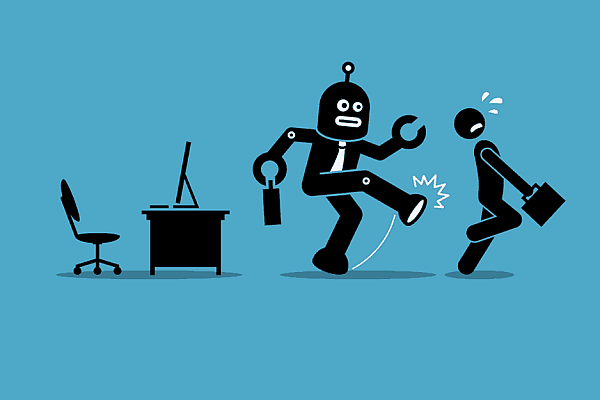 Oceania leaders see less disruption ahead than other APAC countries…

The latest Asia Pacific State of the Region report suggests changes to the workforce, brought on by technology, are already upon us – but despite the litany of warnings in recent years, we’re still ‘starkly unprepared’ to deal with the consequences.

The Pacific Economic Cooperation Council State of the Region 2018-2019 report is based on a survey of 529 senior business leaders, government policy advisers, and the research community – people selected specifically for their understanding of policy settings across various markets.

Unsurprisingly, it mirrors many other previous reports in finding that those surveyed expect the size of workforces across the region will decline due to the introduction of new technologies, while the level of skills required will rise and the occupation and skills structure of the workforces will change.

“The region’s preparedness to deal with the … possible disruption coming from new technologies is sobering.”

Regionally, clerical support workers are expected to be most hit, followed by labourers in mining, construction, manufacturing and transport, and plant and machine operators and assemblers, including train drivers, car and other transport drivers and mobile and fixed plant operators.

Growth in demand for elderly care workers, at 26 percent on average across the region, came in at 22 percent for Oceania.

Similar differences were seen in Oceania respondents expectations for job loses, with Oceania respondents far more reserved than those seen elsewhere in the region. Clerical workers, did however, top the listing for jobs most likely to decrease greatly, at 14 percent (below the regional average of 20 percent), followed by labourers on 12 percent (versus regional average of 15 percent) and plant and machine operators on 11 percent (versus 18 percent). All other categories fell into single digits.

Just eight percent of Oceania respondents felt there would be ‘intense’ skills shortages for ICT professionals and information and communications technicians, with 10 percent expecting intense shortages for science and engineering professionals, nine percent for science and engineering associate professionals and 15 percent for elderly care workers. Clerical support workers topped the list for the occupations with intense skill surpluses, with 15 percent of Oceania respondents expecting the surplus – again, down on the regional average of 22 percent.

The report highlights a high mismatch with jobs being lost and new jobs being created without the skilled workers to fill the position, underscoring the need for education, labour and social policy ‘to play a critical and active role in managing the impending technological transformation, safeguarding economic development whilst also protecting the weakest and most vulnerable’.

“Our overall assessment of the region’s preparedness to deal with the training, upskilling and possible disruption coming from new technologies is sobering and should constitute a call for action in policy circles,” the report says.

It further notes that social policy, education systems and labour markets are ‘starkly unprepared’ for dealing with the disruptions that are likely to come, with little difference between advanced and emerging economies.

“How well the economy adjusts to technological change will depend on its capacity to match the skills on offer by all available workers, employed or looking for work, with the skills required by all jobs, vacant or filled.

“Given the anticipated magnitude of the change we are expecting, one should expect extensive skills mismatch (that is, simultaneously extensive skills shortages in some areas and extensive skill surpluses in other areas), increased labour market turnover, including job-to-job transitions, and that all types and forms of education and training, labour market reform and social care/security reform, will play a critical role in helping economic and social life recalibrate and rebalance itself.”

Oh, and if you’re wondering what some of the most stable occupations are going to be, ship and aircraft controllers and technicians top the list with a job growth expectation of plus two percent and a skills shortage of two percent.

The full Pacific Economic Cooperation Council State of the Region 2018-19 report can be downloaded here.