Gaining an edge in geopolitical disruption 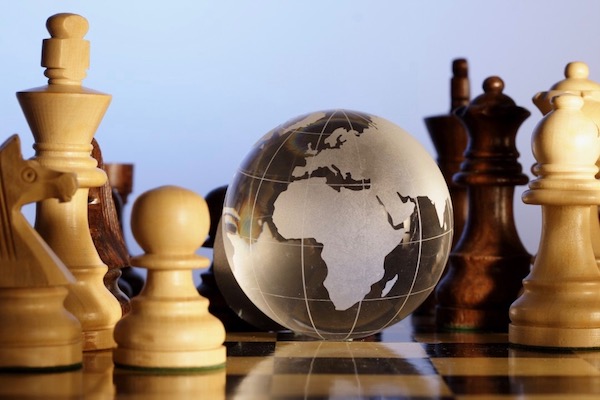 Brian Prentice is eyeing the current geopolitical scene with wariness.

A Gartner VP analyst and member of the company’s CIO Research Group, Sydney-based Prentice says the rapidly changing landscape presents some fundamental issues that are going to pose ‘significant’ problems to CEOs, boards of directors and, by extension, CIOs.

“The lightbulb we had going off here was to put the human being at the edge.”

At the heart of it is ‘digital balkanisation’ – or the fragmenting of technology stacks along national lines as ‘great power competition’ steps up again and countries and regions enforce their own control mechanisms and suppliers. For multinationals, digital balkanisation brings with it the potential for fragmentation of operations.

Gartner has forecast that by 2025, half of multinational operations will have to redefine their enterprise architectures to remain legal.

“The geopolitical landscape is changing and we are now starting to see great power competition,” Prentice told iStart. “Obviously the US and China is the most noticeable example of that, but the EU is setting out its own great power strategy, and there is interesting discussion about Russia and where they see themselves fitting and other types of more nascent types of things, emergent political trends within the Islamic world, the Islamic ummah [community],” he says.

“Governments are recognising that the social and economic fabric of their own country, culture, society is being hinged to digital tech and that digital technology is coming from [foreign] suppliers.

“If your supplier for a critical piece of economic or social infrastructure is in the jurisdiction of another country then the politicians in that country can make decisions that impact stuff in your country.

China is going one step further than the EU’s GDPR with its PIPL requiring companies dealing with Chinese citizens, regardless of where they are in the world, to meet PIPL regulations. China’s proposed new IP protocol standards too, highlight potential changing market dynamics.

Meanwhile, the pulling of Swift from Russia has set some countries on edge.

“You have this globally integrated banking system run by a number of different institutions and everyone has been operating under the belief that this is a globally integrated system and it should be no problem. And what has happened is a lot of countries around the world have now got a wake up call that the US has certain decision making power over Swift which can essentially un-bank a country, which can tear them out of a broader global remittance situation.

“While that is directed at Russia right now, the response to that is coming out of not just Russia, but also China, India, Brazil, other countries to say our sovereignty is at risk because of these situations,” Prentice says.

It is, he notes, difficult to disassociate technology from the idealogical and cultural frameworks of different countries and increasingly countries are starting to understand that the technology stack on which they currently rely is inherently American.

And, Prentice says, it’s creating a new world where we can no longer assume the digital free markets and the global protocols we’ve all been used to, exist in the way they have in the past.

“If a multinational’s operation has been built around this digital technology, particularly around creating highly centralised decision making authority which is implemented through digital tech and made consistent in business processes and whatever, if that digital free market starts to come apart, the very mechanism by which the multinational is running its business has got a serious problem that needs to be addressed.”

Prentice is open that he doesn’t believe it’s a burning issue for most local organisations right now across a large part of their operations.

Nonetheless, he’s urging Australian and New Zealand multinationals to widen their scope to look more closely at geopolitics and the possible ramifications on their business – something he says recent Gartner work, backed up by research from other companies, suggests isn’t happening.

In Gartner’s research, conducted earlier this year, executive leadership were ‘all over’ supply chain and cybersecurity issues coming out of globalisation issues, but trade disputes, sanctions and war were ‘barely on the radar’.

“Our view, if you look at global risk indexes is this just doesn’t seem mapped to reality. It seems we are entering into an environment fraught with much more risk than we are seeing executive leadership demonstrating a concern about.”

Prentice is also clear that he’s not advocating a radical re-architecture of a businesses’ entire technology underpinnings.

In many cases companies will be able to meet compliance requirements without making significant changes.

“They might have to do a new version of the HR system or come up with some new policies and roles and express those and then they’re compliant and we’re done.”

He cites the example of the German government’s requirements that information about employees who are German citizens has to reside in Germany.

“If I’m running a single instance of Workday for all of my employees worldwide, I’ve got a problem. Now we have to make a change to the technical architecture. We might have to do a specific implementation of Workday in Germany which is run in Germany on German located data centres that Workday would have to deal with. Then we have to figure out how to do the integration to make sure that we have seamless operations on the HR side of things.”

But that, he says is another ‘done, dusted, no problem’ scenario.

“What happens if we start to see things bubbling up where it becomes even more significant than this?”

Some organisations have already found themselves in this situation, he notes, referencing a food services company with operations in Russia. They’ve opted to continue their Russian operations – avoiding any further disruption to the food supply chain. One of their core ERP systems however is with a vendor leaving Russia. At the same time, Russia is accelerating its move towards its own sovereign internet, Runet. (Prentice questions too whether Russia may start advocating a Russian technology stack through their association with the Eurasian Economic Union.)

“Now you have double edged problem – you may be mandated to run on Russian-based infrastructure with Runet and you now need to figure out a whole new set of applications to be able to run in this environment.

“How do you do that while maintaining a globally integrated multinational organisation?”

That’s where Gartner is proposing the edge as a ‘stop gap’ solution, enabling a business to redesign its operating structure to comply with digital free market frictions like national digital infrastructures and legal complexity.

The proposed solution is a blend of edge computing, edge analytics and privacy enhancing computational techniques.

“The idea here is that we still want a mechanism by which the data from that place can still flow to some sort of centralised function because we need to have the analysis of the data to make effective business decisions.

Gartner’s metatopology puts people – or a ‘digitally distinct national or person who a company has to engage with but whose computing environment emerges from a nationally-deterministic network whose data is regulated by national laws’ – as the focal point of the edge operation.

“Think of the edge operations as self-contained sandboxes that comprise certified and compliant applications of a specific country. Each country will have its own unique sandbox as regulations and restrictions vary from one nation to another.

“This sandbox allows digitally distinct end users or nationals to be connected to their originating work country, yet remain compliant to laws and regulations under its jurisdiction in another country.”

It’s a model Prentice says works from both employee and customer standpoint.

“If we are trying to deal with those customers inside China as a multinational organisation and there are new rules being applied, how do we accomodate that in our system? But if we put it out at the edge, we have that rich environment and we can deal with that.

“The lightbulb we had going off here was to put the human being at the edge.”

For Prentice, it’s a model companies can harness when they run into an extreme version of the problem – and that’s something that Gartner believes will be more common in the future.