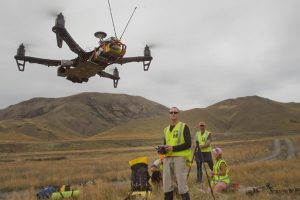 As drones gain increasing prominence in Australian and New Zealand skies, Gartner has offered up its latest assessment of the enterprise drone market, forecasting a 50 percent year on year increase in shipments for 2020.

Don’t get too excited about that 50 percent increase however: The unmanned aerial vehicles aren’t exactly taking over the world – at least not yet.

The analyst firm is predicting global shipments of IoT enterprise drones will total 526,000 in 2020. By 2023 global shipments are forecast to reach 1.3 million units, as drones take over tasks such as site surveying and earthworks management – things they can handle more quickly and safely than can be done by foot.

But the technical complexity of other applications means in the short term at least, Gartner believes most use cases will be based around surveillance and monitoring, with fire services monitoring and insurance investigation key areas.

It’s in the fire and emergency services arenas where drones are gaining high prominence both locally and globally, with police and firefighting agencies deploying the drones in public safety operations, wildfire management, crime scene investigations and search and rescue operations.

In New Zealand, drones were deployed in the wake of the White Island/Whakaari eruption to identify the location of bodies to enable their recovery and to monitor the volcano. Crown research institute GNS Science uses UAVs to get samples from the crater lake and to monitor changes on the volcanic island – New Zealand’s most active volcano.

They are also being deployed across Australia and New Zealand by local fire services. In Australia firefighters are increasingly relying on drones to collect data and monitor fires.

Anthony Wallgate, chief remote pilot for Fire and Rescue NSW, says while the drones were initially introduced as a tool that complemented other resources, they’re now ‘an essential part of our firefighting and rescue services’.

“They are utilised across our prevent, prepare and recovery phases and add a layer of safety for our firefighters in the dangerous situations we face.”

Wallgate says the drones – including Mavic 2 Enterprise Dual and Matric 210 models – are used to create a fire intelligence picture covering fire behaviour and location providing real time information, including thermal imaging, which can be used to allocate resources.

But the use of personal drones near fires in Australia has seen Wallgate pleading for people to ground their own drones, saying if members of the public fly drones in or near a fire area, all fire-fighting aircraft are grounded for safety reasons and are unable to fight the fires.

Drones were also deployed during the October fire at the under-construction New Zealand Convention Centre in Auckland.

In fact, their use in such areas has Gartner forecasting the number of drones used by police and firefighters will grow from one per 210,000 people to one per 47,000 between 2018 and 2020.

It’s the construction industry which is leading the charge for drone usage, Gartner says. Growth in construction deployments is forecast to increase from 141,100 endpoints in 2019 to 509,500 come 2023.

It’s far and away the key commercial use of drones according to Gartner. Fire services monitoring takes second spot with just 32,700 deployments in 2019, a figure expected to grow to 67,000 by 2023.

Another growth sector to watch out for is the insurance industry, Gartner says. While insurance investigation accounts for 31,800 shipments this year that figure is expected to nearly triple to 135,800 by 2023, putting it second only to construction monitoring.

“Drones are used to carry out inspections on buildings and structures after a claim has been made, to assess the extent and cause of the damage,” says Gartner principal analyst Kay Sharpington.

“They can also be used to evaluate the type and condition of the building when providing an insurance quote.”

Sharpington says the drones can reduce the cost of scaffolding, ladders and employee time and provide a comprehensive photographic record of the building condition.

As to that long touted ‘drone delivery’ use, with drones rushing deliveries to eager consumers, well, that might just be a little further off. Gartner notes regulatory restrictions and the logistical challenge of coordinating flight paths, managing airspace over densely populated areas and managing various payloads, are yet to be overcome making retail a longer-term opportunity for drones.