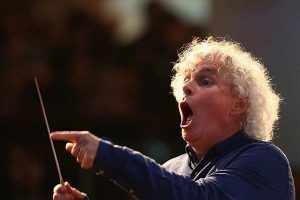 From decentralised web to AR cloud and AI PaaS, there’s a whole slew of emerging technologies for IT teams to get their heads around in order to enable their organisations to take advantage of emerging digital ecosystems.

Gartner’s annual list of emerging technology trends flags sensing and motion, augmented human, postclassical compute and advanced analytics as five key overarching trends IT teams need to be aware of. But within those categories lie 29 technologies the analyst firm says are likely to deliver over the coming years.

While the name of the report suggests these might be overhyped technologies to turn a blind eye to – at least for now ­– Gartner says they’re actually the technologies which will shape business and have ‘transformational impact’. The technologies, Gartner says, show promise in delivering a high degree of competitive advantage over the next five to 10 years.

“Technology innovation has become the key to competitive differentiation,” says Gartner research vice president Brian Burke. “The pace of change in technology continues to accelerate as breakthrough technologies are continually challenging even the most innovative business and technology decision makers to keep up.

“Technology innovation leaders should use the innovation profiles highlighted in the Hype Cycle to assess the potential business opportunities of emerging technologies.”

While Gartner publishes a multitude of hype cycles each year – from AI to Digital Marketing and Advertising – the Hype Cycle for Emerging Technologies is unique in that it garners insights from more than 2,000 technologies into a set of 29 emerging technologies and trends. 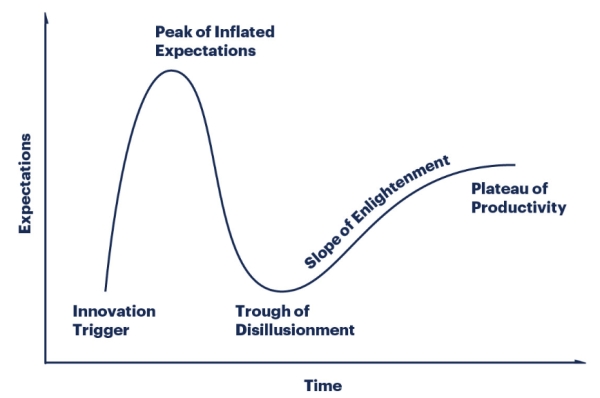 The emerging technologies hype cycle, which has been running for more than two decades, is also arguably among the more interesting of the hype cycles, providing a cross-industry perspective.

This year’s cycle outlines five big ‘transformational’ trends, based on the 29 ‘must watch’ technologies:

Sensing and Mobility
Combine sensor technologies with AI and you give machines a better understanding of the world around them, enabling mobility and manipulation of objects. At least, that’s the argument Gartner puts forth for this category, saying utilising intelligence enables the ability to gain many types of insights which can be applied to many scenarios.

Postclassical compute and comms
Forget Moore’s Law: While core computing, communication and integration technologies have previously been made through improvements in the traditional architectures – from faster CPUs to increasing throughput predicted by Moore’s Law, the next generations of these technologies will adopt entirely new architectures, Gartner says.

“This category includes not only entirely new approaches, but also incremental improvements that have potentially dramatic impacts,” Gartner says.

“With only a few satellites launched, the technology is still in its infancy, but over the next few years it has the potential for a dramatic social and commercial impact,” Burke says.

Adanced AI and Analytics
It wouldn’t be a technology hype cycle without AI and analytics, and in this case Gartner says the technologies to track include adaptive machine learning, edge AI, edge analytics, explainable AI, AI platform as a service, transfer learning, generative adversarial networks and graph analytics.

Breaking down the hype cycle to the individual technologies, this year sees 5G on the precipice: Currently balancing on the peak of inflated expectations, there’s only one place to go now and that’s down into the trough of disillusionment – a necessary step in Gartner’s hype cycle before it can climb the slope of enlightenment to the plateau of productivity.

Level four autonomous driving (that’s autonomous driving where the vehicle is capable of peroforming all driving under certain conditions) leads the way – it’s already plunging down the trough of disillusionment and not expected to hit mainstream for more than 10 years, according to Gartner.

Also sliding down the trough are 3D sensing cameras and next generation memory but their trajectories to mainstream are expected to be quicker, at two to five years and five to 10 years, respectively.

This year’s report sees a shift away from highlighting technologies previously covered in the hype reports, with the report instead focusing on introducing new technologies. Gartner however, stresses that doesn’t mean the technologies highlighted in the 2018 hype cycle for emerging technologies have ceased to be important.

And if, rather than crystal ball gazing, you want to time travel back to 2009, consider Gartner’s Hype Cycle for Emerging Trends for that year: On the Peak of inflated expectations were cloud computing (expected to hit mainstream adoption within two to five years) and e-book readers.

Social software suites, microblogging, Green IT (whatever happened to that one?) video telepresence, mesh networks: sensor, online video, home health monitoring (due to hit mainstream in 5-10 years), public virtual worlds, RFID were all plunging into or in, the trough of disillusionment.

Speech recognition was about to hit the plateau of productivity, while over the air mobile phone payment systems, web 2.0, tablet PCs, electronic paper, Wikis, corporate blogging, locaton aware applications and SOA were on the slope of enlightenment.

You win some, you lose some…