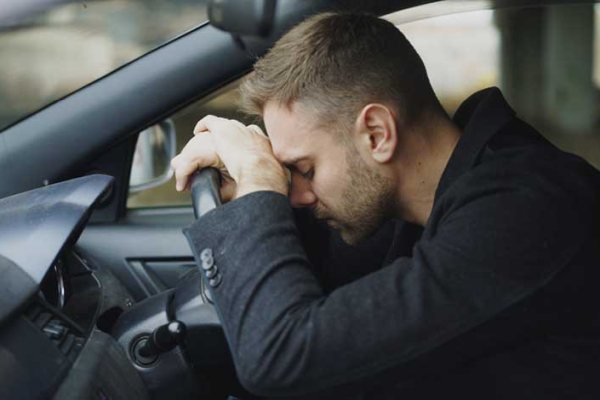 The gig economy was supposed to provide workers with something approaching autonomy. But could management by algorithm be the new scourge of the working class?

A new study, entitled Hands on the wheel: Navigating algorithmic management and Uber drivers’ autonomy, highlights the seeming paradox between gig workers’ sense of autonomy and the systems that manage these workers.

Based on interviews with Uber drivers and analysis of thousands of forum posts, the study found Uber drivers unhappy with the ramifications of algorithmic management, a trend seen in other management-by-app companies, say the researchers.

One of the key complaints, say the researchers, is the feeling of excessive – and unrelenting – surveillance. (Uber tracks driver GPS location, speed and acceptance rate of customer requests, and drivers are subject to constant performance evaluations from riders.)

“Both transparency and human support in time of need may help address the feelings of ‘dehumanisation’ drivers reported when left at the mercy of algorithms or the computerised system.”

“While human managers are traditionally able to form close, trust-based, and long-lasting relationships with employees, this is impossible when overseeing thousands of employees mediated by a digital platform,” says the report.

The researchers say the tracking of behaviour using digital devices has the potential to diminish workers’ autonomy and can create “a constant feeling of surveillance and control”.

This, when coupled with a lack of co-worker and management contact, can lead to feelings of isolation and a heightened awareness of information and power imbalances.

“In comparison with ‘traditional’ management contexts, workers may feel they are working for an abstract ‘system’ rather than an organisation composed of people,” says the report.

“Without this social interaction, they may feel isolated. The social aspects of work are absent, and workers tend not to build either positive or negative social ties. This lack of communication also implies there is little opportunity for any open, two-sided communication, such as suggestions or questioning and discussing management decisions.”

A related frustration for drivers was the fact that Uber collects so much information about them, while the drivers themselves have a limited understanding of how Uber’s systems and software actually works. For example, drivers report that they do not know how rides are allocated or how near other drivers are to their current position, and in some cases feel that Uber economically ‘games’ the system against them, a criticism which may have some truth to it.

“In many cases, the [Uber management] system receives explicit information not revealed to the driver for strategic reasons,” says the report. “For example, passenger destinations are withheld from the driver until the passenger enters the car to prevent drivers from strategically cancelling rides.”

It makes sense that Uber does not broadcast the specifics of its algorithms of course – companies operating in highly competitive environments rarely do, but that imbalance of information has consequences.

“Algorithms based on big data and statistics are often too complex to understand, and since they are adaptive in nature, they also frequently change. In such situations, transparency in algorithmic management is extremely low.

“Compared with ‘traditional’ management practices, algorithmic management contexts can provide greater transparency because they rely upon an explicit set of rules. However, in practice, companies are rarely motivated to disclose the underpinning criteria of their algorithms and are sometimes unable to fully explain the results themselves, creating very low transparency for those managed by the algorithms.”

Most troublingly, drivers reported that the whole process can lead to feelings of dehumanisation as they are forced to conform to the will Uber’s digital systems.

The report highlights the needs for transparency for gig workers and most of all, human interaction as a means of support.

“When drivers were faced with problems or troubles, they reported interactions with driver support via email to be problematic,” say the researchers. “Drivers hoped that Uber would help them in times of need, but were disappointed when this took time and resulted in automated email responses.

“A feasible approach might be to preserve the human element in the company’s provision of support. One of Uber’s major competitors in New York City is Juno. Unlike Uber, Juno employs a human customer support system that answers immediately and helps drivers with any questions or problems. Several drivers identified this as one of the benefits of and reasons for switching. Both transparency and human support in time of need may help address the feelings of ‘dehumanisation’ drivers reported when left at the mercy of algorithms or the computerised system.”