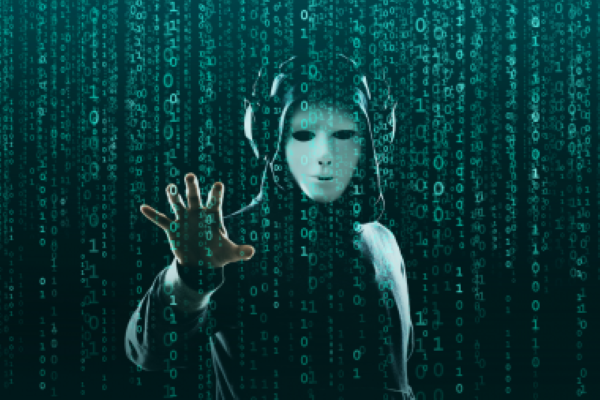 As the wild west that is the crypto land gains credibility – and faces new legislation – one mystery looks set to prevail, with a court case which had the potential to reveal Bitcoin’s creator (or otherwise) turning into something of a damp squib.

At stake was half of a treasure trove of 1.1 million Bitcoin, valued at some US$50 billion and mined by Satoshi Nakamoto.

Back in 2008, a whitepaper was published under the name of Satoshi Nakamoto detailing cryptocurrency, a ‘peer-to-peer electronic cash system, which would exist outside the reach of governments. ‘Nakamoto’ went to ground around 2011 – after mining those 1.1 million Bitcoins – and hasn’t resurfaced, leaving amateur sleuths on the hunt for him/her/them ever since.

Wright, meanwhile, claimed he was in fact Nakamoto and tried to register copyright of the original Bitcoin whitepaper in 2019. It’s a claim that has long been disputed. Adding to the skepticism, Wright hasn’t proved he has the key or moved any of the Bitcoin believed to have been mined by Nakamoto. (Plenty of other names have been bandied about as the possible Nakamoto, including Elon Musk, who has denied it.)

While Elizabeth Holmes and Theranos grabbed mainstream headlines, in a Miami court the Kleinman v Wright civil suit ambled on with a very lengthy jury deliberation – and some strong words from the judge encouraging the jury to reach a decision.

Finally, a decision: Kleinman’s estate isn’t entitled any of the assumed Bitcoin stash. While Wright might be keeping his fortune (assuming of course, he a. has it, and b. still has the key for it) he was ordered to pay US$100 million for intellectual property breaches to the business he founded with Kleiman, W&K Info Defense.

Perhaps more importantly, Wright’s successful defence against the Kleiman family, means Wright doesn’t have to transfer half of the original Nakamoto Bitcoin to Kleiman’s family and Nakamoto’s identity continues to remain a mystery. (Wright has said he would prove his ownership if he won at trial, however, he has previously said he would prove he is Nakamoto, only to bail on the promises.)

But if Nakamoto’s identity remains shrouded in mystery, cryptocurrency itself is emerging from the wild west, with increasing numbers of retailers in the United States, including Starbucks, Nordstrom, Whole Foods and Home Depot, accepting crypto payments and Walmart piloting the sale of Bitcoin in some stores.

It’s not just the retailers, either.

There’s a range of crypto credit and debit cards to be had allowing users to make online or in-person purchases, or withdraw cash from ATMs, even when the retailers themselves don’t accept crypto.

Mastercard recently being offering crypto payment services on its network in the US, while the Commonwealth Bank of Australia has announced it will enable customers to buy and sell crypto through its app in a move sure to bring more legitimacy to the crypto scene. CBA’s offering is expected to roll out next year, following trials this year.

Meanwhile the Australia’s Federal treasurer Josh Frydenberg has announced ‘the most significant reforms to our payments systems in 25 years’ with a raft of regulatory proposals covering cryptocurrency, digital wallets and buy now pay later (BNPL).

Among the proposals is forcing exchanges to hold assets onshore.

“Given the pace of change and those leading it, if we do not reform the current framework it will be Silicon Valley that determines the future of our payments system,” he says.

“At the same time, with several central banks around the world now developing their own digital currencies, we cannot allow ourselves to be disenfranchised in this new digital payments era.

“Australia must retain its sovereignty over the payment system.”

The reforms will come in two phases with ‘the most urgent and immediately implementable’ changes being consulted upon in the first half of 2022, and the remainder by the end of 2022, Frydenberg says.

By mid-2022, he says the government will have completed consultation on the establishment of a licensing framework for Digital Currency Exchanges, and have finalised consultation on a custody or depository regime for businesses holding assets.

Come the end of 2022, a framework to replace the current one-size-fits-all payment licensing arrangements with a ‘functionally based framework adopting graduated, risk based regulatory requirements’ will have been settled on and a mapping exercise of cryptocurrencies will be completed.

The Reserve Bank of New Zealand is also consulting on a Central Bank Digital Currency (CBDC) – a digital version of a country’s fiat currency, backed by a central bank.

In a note of caution, however, Blockchain Global, the parent company of Melbourne-based crypto exchange ACX which went into voluntary administration in 2020, has also collapsed.

Missing in action: Around AU$50 million.

Also falling is the smaller Melbourne-based exchange Mycryptowallet which went into administration earlier this month.

Meanwhile, in a video posted on Twitter immediately post-verdict, Wright promised that he’s not going anywhere, saying his ‘original invention’ is coming back.

“We’re going to make everything change from cryptocurrency to Digital cash the way it is meant to be.”