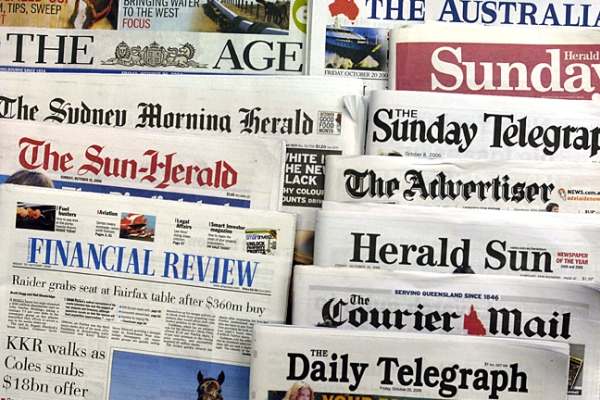 No news is free news, says the Australian Government, so Facebook and Google will have to pay local media companies for their content.

In April the Australian Government tasked the ACCC with the creation of a mandatory code of conduct ‘to address bargaining power imbalances between Australian news media businesses and digital platforms, specifically Google and Facebook’.

Now that draft code has been released for public consultation.

Thanks to a ‘fundamental bargaining power imbalance’ between news media and the digital giants, creators and publishers have been forced to accept ‘less favourable terms’ for their inclusion on digital platform services, says the ACCC.

That’s a problem, says the competition regulator, as a strong and independent media landscape is ‘essential to a well-functioning democracy’.

The code doesn’t set the price Facebook and Google will have to pay for news, rather, it sets strict rules of negotiation by which an agreement between platform giants and news businesses must be reached. That includes a three month negotiation period, and, if no agreement can be reached, forced arbitration – if requested by a media organisation.

And the ACCC wants new agreements inked quickly. If, after negotiation and mediation, a deal still cannot be struck, the code of conduct says that arbitrator will simply choose which of the two parties’ final offers it finds the most reasonable.

“News content brings significant benefits to the digital platforms, far beyond the limited direct revenue generated from advertising shown against a news item,” says ACCC chair Rod Sims. “News media businesses should be paid a fair amount in return for these benefits.

“We believe that our final offer arbitration proposal provides a compelling incentive for parties to put forward fair and reasonable proposals, given each has just one chance to make an offer, and only one offer can prevail.”

The code also includes a set of ‘minimum standards’ for the platform giants, including 28 days advance notice of ‘changes to algorithmic ranking and presentation of news’, meaning that Facebook and Google will need to inform news organisations of any alteration likely to affect referral traffic to news sites, including news behind paywalls.

The code will initially apply only to Facebook and Google, however other digital platforms may be added to the code ‘if they hold a significant bargaining power imbalance with Australian news media businesses in the future’, says ACCC.

And when it comes to penalties, the ACCC isn’t messing around: For larger breaches, there are fines of up to AU$10 million per breach, three times the benefit obtained, or 10 percent of annual turnover, whichever is highest.