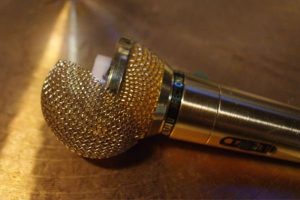 When it comes to online content, most of us probably have information floating around out there that we’d like to see disappear forever. In the case of governments, many are asking the big platform providers to remove content – with nearly 400,000 requests made to Facebook, Google, Microsoft, Twitter and Wikimedia.

Since 2009, Google has been recording and disclosing the requests received from courts and government agencies, with other companies following suit.

Now, UK research site Comparitech has run the figures to see which governments are most active in trying to control online data.

While Australia doesn’t make Comparitech’s overall top 20, regular content removal requests see it feature in all of the individual lists.

Most of the Aussie requests were made to Google. The platform company’s six-monthly Transparency Report shows 417 requests for content removal from its services – including web searches, YouTube and blogger.com. Those requests covered 3,590 items with defamation, privacy and security and bullying and harassment the key reasons given for the requests.

As to the types of requests received, Google’s report shows the likes of an Australian Securities and Investment Commission request to remove 206 Google Play apps ‘providing a highly speculative form of trading akin to gambling and linked with scams’, a police request for the removal of vigilante ‘paedophile hunting’ videos and the request to block an image and autocomplete prediction from Google search which allegedly identified a participant in a court proceeding whose identity was meant to be confidential.

New Zealand, in comparison, has made 87 requests, covering 321 items, since 2009. And New Zealand’s key concern? For the six months to December 2018, it was adult content, accounting for four of the six requests. Prior to that privacy and security, and defamation lead the way. The Kiwi numbers for the next half-year, covering the March Christchurch attacks, will take a significant jump on the back off the requests for removal of content relating to the attacks.

To put those figures in perspective, however, consider that Google received 132,723 requests for removal of information from its services to December 2018.

YouTube accounted for 52 percent of all requests globally to Google, with web search accounting for 23 percent and Blogger.com, 9.6 percent.

As to which countries are most prolific with their requests for removals, according to the Comparitech report (which only covers up to July 2018), more than half of the then 115,301 requests came from Russia, with 61,471 requests. Turkey and the US were also demanding removals, with 10,379 requests and 7.964 requests respectively.

Facebook was also a prime source of concern for Australia’s government and courts, with 323 requests made (New Zealand logged just eight, but that’s another figure which is likely to swell considerably when the 2019 stats are released).

Twitter rated just 47 requests to remove content from Australia – but that low figure is still enough to rank the country 19th. NZ made six requests to Twitter.

Just 19 countries made requests to Microsoft for removal of content between January 2015 and December 2018, with Australia ninth most ‘prolific’ – if that word can be used when just seven requests were made. Despite the lack of countries making requests, New Zealand still managed to get in on the act, with one request.

And despite Wikimedia content removal requests rarely being actioned, Australia made 41 requests, ranking the country 10th overall. None of those requests were actioned with the only request actioned, according to the report, being a 2014 request from the Ukraine requesting removal of a photo of a blogger’s visa to Myanmar, which had later been used in Wikipedia.

Globally, across all the platforms, India is most prolific at requesting removals – logging 77,620 requests – of which 70,815 were directed at Facebook content. Russia took second place with 77,162 complaints and Google the primary target, while third placed Turkey was taking Twitter to task with more than 30,000 of its 64,000 complaints aimed at that platform.

China makes it to number 13 on the list – but that’s largely thanks to its blanket bans of websites. It makes it on the list on the basis of its complaints around Microsoft services.