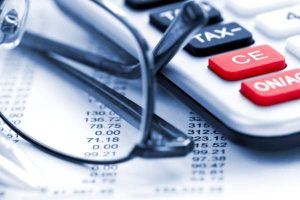 There have long been calls to amend Australia’s RDTI scheme. Airwallex, Atlassian, Canva, Redbubble and Freelancer were among those venting their spleen in a strongly worded letter to the Morrison Government earlier this year, as the Federal Government moved to cut R&D costs.

“Now is not the time to reduce the level of government support for R&D in Australia, which already lags behind peer OECD nations,” said the August letter.

“While we appreciate that the Bill was born in a different time to achieve different objectives, we strongly oppose it today not only for what it contains but for what it is lacking – measures to actively support and stimulate R&D activity in Australia at a critical juncture as the innovation and tech sector seeks to recover from the global impacts of Covid”.

“Research and development, the adoption of digital technology, and affordable and reliable energy will be critical to Australia’s future economic prosperity.”

Now that the 2020-21 budget has arrived, research-focused enterprises Australia-wide are breathing a sigh of relief. Among the big-budget numbers, the Government has performed a U-turn on its wildly unpopular R&D incentive reform plans, and instead decided to boost incentives to the tune of AU$2 billion.

“In this budget, we are providing $2 billion in additional research and development incentives – removing the cap on refunds, lifting the rate and rewarding those businesses that invest the most.”

Budget documents reveal the details: The AU$4 million cap on claims for companies with a turnover of less than $20 million will be scrapped. The refundable R&D tax offset will increase from 13.5 percentage points to ‘a generous’ 18.5 percentage points above the claimant’s company tax rate.

For larger firms, the complex multi-tiered ‘intensity’ measurement will be simplified. (R&D ‘intensity’ is the proportion of a business’s total expenses spent on R&D expenditure for the income year. Calculating intensity is intended to provide a higher rate of support for entities that devote a ‘significant portion of their overall operations’ to R&D).

“For larger companies, those with aggregated annual turnover of $20 million or more, the government will reduce the number of R&D intensity tiers from the current proposed three tiers to two tiers.

“This will provide greater certainty for R&D investment while still rewarding those companies that commit a greater proportion of their business expenditure to R&D.”

The R&D expenditure threshold has also been raised from AU$100 million to AU$150 million per annum.

As for New Zealand, modifications have been made to the R&D tax credit regime starting from the 2020-21 financial year. The Government has pledged NZ$1 billion for the incentive – a 15 percent tax credit on research and development up to NZ$120 million – over four years.

Created to supersede the Callaghan Innovation Growth Grant, focused on businesses spending between $50k and $120 million a year on R&D. There are provisions for businesses looking to spend less or more.

“Work to increase R&D spending to two percent of GDP over 10 years was part of the Coalition Agreement between Labour and New Zealand First. This incentive puts us on the path to achieving this goal,” said Minister of Research, Science and Innovation Megan Woods of the scheme.

Similarly, for businesses new to (or expanding) their R&D in New Zealand, Project Grants can cover up to 40 percent of R&D project costs.

It also earmarked NZ$149 million for the creation of an R&D Loan Scheme to encourage businesses to continue with their R&D programs through the current Covid-19-blighted economic environment. For those loans, interest is charged at three percent, or waived if paid back in the first year.

“Without new ideas and innovation we risk missing out to the rest of the world as we all look at how to rebuild our economies,” says Woods.