News > How to be a great CIO: Focus on the basics

How to be a great CIO: Focus on the basics 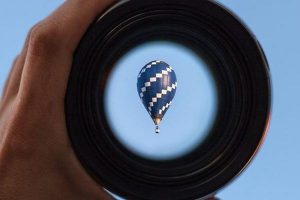 When it comes to running the IT side of things, it’s easy to be seduced by all the whiz-bang going on today…

Big data, artificial intelligence and its children – deep and machine learning – neural networks, digital transformation, even. But, while that sort of thing does get Richard Kay’s attention, none of it really matters until the absolute basics are properly sorted. And that’s what propelled Kay to win the 2017 CIO of the Year.

With nominations open for the 2018 CIO of the Year Awards, iStart caught up with last year’s winner. “When I started at NZTE, to be honest, I thought I would be getting stuck into the whiz-bang. But what confronted me, really, was a sad story of IT. Computers didn’t work. Networks were shaky. People couldn’t communicate or collaborate easily,” he related.

Recalling some of his first days, Kay said he was sent off to Dubai where he asked a trade commissioner what success meant from an IT perspective. “The answer was simple – he said he wanted to remove IT as an excuse for people not being able to do things.”

It is perhaps not the sexy, futuristic vision that most might expect from an IT department, Kay readily admitted. But, he pointed out, when saddled with IT debt (of the technical kind) and in the context of the pace at which change happens in this industry, the task ahead was straightforward. “I pushed hard to replace everything. And I mean everything, right down to the cabling. We got what I call ‘modern’.”

As a result, the activity of the IT department has completely changed. “When you have IT departments battling to get things current, you could have them spending half a year trying to upgrade desktops. That’s not a focus on core business; now, we have everything modern, everything in the cloud. What this means is the entire team can now move from right to left on true digital transformation where we can add value to the business.”

Channelling New York mayor Rudy Giuliani, Kay said he thinks of his approach as fixing broken windows. “We spent six months doing that, fixing a ton of small things that were annoying the hell out of people. Things like sorting the WiFi, cabling, things that didn’t work on the Intranet. As we fixed these things which got in the way of people doing their jobs, it built trust with the business. And as that trust built, we started to address the bigger things, like service desk, support – removing friction from our employees’ lives.”

Modernisation might sound expensive and it flies in the face of traditional approaches to ‘sweating assets’. But in IT, assets can quickly become deadbeat, with Moore’s Law and attendant developments in usability and performance making those sweaty old things a liability. “We’ve found that modernisation hasn’t cost anything. This transformation, moving to new, reliable and better equipment, switching off a ton of stuff which is apparently half way through its lifecycle, has come with reductions – of 15 percent – in the operational budget. And sometimes, you must be ruthless in switching that stuff off,” Kay noted.

Trust, he added, is a crucial commodity for an IT department to achieve real results; it is more necessary than ever in a frenetic environment. Kay said technology moves so rapidly that there isn’t time to ‘do it the old way’. “You have to move fast. We’ve had to bend and break a few rules, you have to have the confidence from the business that the decisions you make and the actions you take get the results that the business needs.”

With those basics well sorted and a sleek new foundation in place, he said NZTE’s IT department is now focusing on more advanced interventions, like insights, customer enablement, looking into bots and how and where the big buzzword du jour – artificial intelligence – might be able to make a difference. “Though, I do think AI isn’t nearly anywhere near what the media would have you believe it is capable of.” He chuckled when iStart suggested it was just a newer name for ‘software’, in much the same way that ‘digital transformation’ is a catchy term for ‘IT project’.

Asked what it’s been like being CIO of the Year for a year, Kay let out a laugh and said he’s endured plenty of good natured ribbing from colleagues and peers. “I’ve had my desk decorated as a running joke; but this has been great recognition for me and the team and it has further reinforced the trust that the business now has in the IT department.”

He has some final words of advice for his peers. With so much happening in technology today, it can be hard to see the wood for the trees: “I spend a lot of the day deciding what not to do. You must focus on what counts and what matters. When you know what isn’t important, you get more done.”

The 2018 CIO of the Year award is made at the culmination of the CIO Summit, which takes place on 13-14 June this year. The prestigious award is presented at a gala dinner which is the must-attend event for New Zealand technology executives.