News > Greentree boots up in the cloud

Greentree boots up in the cloud 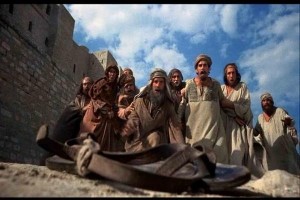 From disparaging ‘sandal-waving zealots’ to members of the congregation…

With the launch of its very own Software-as-a-Service offering, Greentree International has come full circle after CEO Peter Dickinson once rather beautifully described ‘faux’ cloud computing advocates as ‘sandal-waving zealots’ and, less than a year ago, said its software wasn’t likely to be offered as a service.

In a chat with iStart and with a chuckle, Dickinson said his ‘zealots’ statement was more about the tendency of the tech industry to jump boots and all into the latest hype and, staying with footwear, shoehorn their solutions to fit into the latest dose of hyperbole. “Actually, I’m really not a cloud sceptic; we use many, many SaaS services in our own environment and have done so for quite some time. Back then, we were more ‘cloud agnostic’ inasmuch as our own software was concerned, opting to wait and see what our clients required.”

With that cleared up, it makes sense that the opening paragraphs of its press release stress that Greentree as a Service (GaaS) is ‘a true SaaS solution’. How so? The entire ERP system is in the cloud (it isn’t, said Dickinson, ‘Greentree Lite’), is accessed by a browser and is capable of scaling users up and down as required. It also doesn’t have onerous contract requirements: a three month bond and three month notice is, broadly, what’s required. That’s what makes it SaaS and not a cloud hosted solution – the two things being similar, but not the same.

The company further pointed out that its software has been available as a cloud hosted solution since 2002. Those good with numbers will recognise that GaaS means three Greentree deployment methods are possible: on-premise, cloud-hosted and as-a-service. Something, one imagines, for everyone.

Dickinson added that some partners, notably BizLink IT, have long offered their own-developed versions of multi-tenanted Greentree as a service; this, to some extent, explains how the company was able to deliver GaaS from ‘not likely’ to ‘in-market’ within the space of just over a year. “The capability has always been reasonably ‘there’. The messy bits are the changes that had to be made to licensing and billing systems, financial management and support systems. Not so much the software, but rather the ancillary areas is more what was required.”

In the statement, Dickinson had this to say: “In building GaaS we have looked to create the best possible SaaS experience for the mid-market ERP customer. This means providing the full functionality and configurability that the Greentree4 ERP software currently delivers to on-premise and cloud-hosted customers, as a bundled, user-based, monthly subscription; GaaS includes software, cloud hosting, maintenance and a range of other services.”

Greentree further justified the timing of its leap into the cloud by noting a Gartner expectation that 33 percent of New Zealand and Australian CIOs will prioritise cloud as their second area of new IT spending in 2016. Beefing that up, 17 percent will prioritise ERP as their fourth area of new IT spending in 2016 ahead of categories such IT security, CRM, networking and legacy modernisation.

But Dickinson said the ERP mid-market has been slow to engage with cloud-based deployment, hence Greentree’s initial reluctance to rush headlong into the hype (and he’s described addressing this sector as being ‘for masochists’ – we do love Dickinson’s turn of phrase). “For most mid-market enterprises, their business management systems are absolutely mission-critical. Most companies have made a significant investment in legacy systems and data and are quite rightly cautious when engaging with new technology platforms.”

As evidenced by Gartner (and no doubt, Greentree’s own experiences with its 1000-odd deployments across Australia and New Zealand), that’s in the process of changing, just in time for some GaaS. It may also explain Dickinson’s own conversion from agnostic to preacher. “We are now seeing the balance swing in favour of the convenience, flexibility and minimal upfront capital requirements that SaaS offers.  This is matched by cloud performance now meeting the high-volume processing, security and risk-management profile the mid-market demands.”

Finally, he said any solution, whether on-premise, hosted or SaaS, just has to be fit for purpose. Same thing for footwear: “Sandals are more useful for walking on, and not necessarily for waving about,” he quipped.