News > Half of APAC enterprises achieve half of their intelligence potential

Half of APAC enterprises achieve half of their intelligence potential 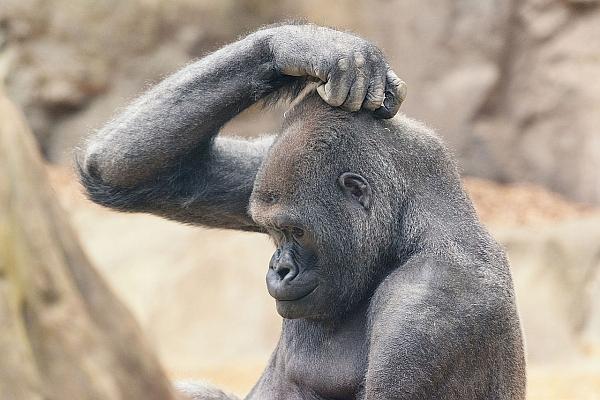 Research out of Zebra Technologies Corporation was cause for some head scratching, with a headline announcing that half of APAC companies have achieved half of their ‘intelligence potential’. Being as we are at iStart half man, half machine and half not good at fractions, and wholly no good at understanding what constitutes an intelligent enterprise, we took the opportunity to have a chat with the company’s ANZ regional director Tom Christodoulou.

First off, what’s an intelligent enterprise? “From our perspective for the study, it is the adoption of technology solutions that integrate cloud, mobility and Internet of Things technologies,” he explained.

Of course, good old Wikipedia has a definition, too.

IoT, said Christodolou, is about more than the sensory capture of data; the cloud component provides the necessary analysis because, after all, what good is data unless it is used, and the ability to turn the resulting information into action (there is of course that missing link in between, too – the networks which connect sensors to the cloud). “Sense, analyse and act,” he noted. “For us, the intelligent enterprise is based on 11 criteria and based on that we went to market and surveyed a whole lot of people to see what’s going on.”

The study perhaps should have been named ‘The IoT Enterprise’, but who are we to say.

For those who don’t know, Zebra makes printers, barcode scanners and other mobile devices, and wraps around them software and services. It said its “Intelligent Enterprise Index” global survey analyses where companies are on the journey to becoming one such Enterprise and how they are connecting the physical and digital worlds to improve visibility, efficiencies and growth.

To the findings, then.

Globally, 45 percent of companies are on the path to Intelligent Enterprise-ness, scoring between 50-75 points on the overall index; Zebra didn’t say but one imagines this index is a scale of 1-100. Only eight percent exceeded 75 points on the index. In comparison, Asia Pacific respondents scored above the global average, with 51 percent of those polled scoring between the 50-75 points, but merely two percent were above the 75-point benchmark that qualify them to be considered an “intelligent enterprise”.

Zebra said its findings for APAC show that IoT vision is strong and investment set to increase, with 38 percent of companies spending more than $1 million toward IoT annually, and 80 percent expecting that number to increase in the next one to two years. However, 39 percent of companies today have not executed on their IoT plans or do not have any plans at all. Although only 36 percent currently have company-wide deployment, it is expected that 65 percent will have it deployed company-wide in the future.

Eighty-one percent of APAC companies have a method in place to measure ROI from their IoT plan, and 73 percent have IoT plans that address both the cultural and process changes necessary to implement it. But many companies lack an adoption plan, with 54 percent of expecting resistance. And 83 percent of companies share information from their IoT solutions with their employees more than once a day, of which half of these employers share in real or near-real time.

Specific to the APAC results, we asked Christodolou if the results came as any surprise. “One thing that stood out is that while 51 percent are on the way to being intelligent, only 2 percent are. That shows the concepts of mobility, cloud and IoT are here and now, so the question becomes ‘how good are you at using it.”

The answer, he said, appeared to be ‘not so good’. But since ‘not so good’ represents the early stage of maturity at which IoT almost certainly is (see our interview with IDC’s Vernon Turner), that’s just fine. “The important conclusion to draw is that most companies surveyed are on the journey. And 80 percent are planning to increase investment, which shows they are seeing value from IoT which justifies that further spend,” Christodoulou added.

In fact, he said, customer experience was a key driver for 70 percent of APAC respondents, versus 54 percent looking for revenue increases and 53 percent looking to expand into new territories. “IoT helps identify gaps in efficiency and performance, providing the basis from which you can improve.”

He said now is the time to move on from gathering data – a foundation of sorts – to the analysis and action parts. “What makes companies smarter [using IoT] is clear vision and return on investment.”

And you won’t get that by creating terabytes of new stuff sitting on a server somewhere.