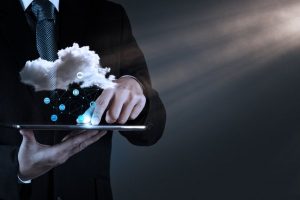 If you’re looking to set up a digital business, Australia’s the place to be in APAC, excluding Japan, – so long as it’s a platform business – with the country topping the region, while a poor showing in digital media and ecommerce has seen New Zealand relegated to twelfth globally.

That twelfth position, however, is still above Singapore’s thirteenth placing, and puts New Zealand second in Asia Pacific.

The rankings come in the first Harvard Business Review (HBR) Ease of Doing Business survey, aimed at identifying the countries succeeding at facilitating the setting up of digital businesses. HBR says that’s something that requires ‘distinctive policy focuses and investments’, with digital regulations and public policy – from privacy and accessibility of data to rules governing sharing economy companies or protecting freelance workers – key determinants of ease of doing digital business.

Word of note: HBR defines a digital business as one that has a digital platform as core to its business model, be it an ecommerce platform, digital media platform, sharing economy platform or online freelance platform.

Their reasoning for the platform focus? “Arguably, digital businesses represent one of the most dynamic growth aspects of most major economies.”

So what was the verdict for Australia and New Zealand?

Australia took sixth place overall, out of the 42 countries covered. The country was ranked in the top 20 percent for data accessibility – the extent to which data is able to be easily transferred across and within borders, government openness to sharing anonymised data and privacy safeguards – and the online freelance digital platform category.

All remaining categories saw Australia placed in the top 40 percent.

For New Zealand, the story was a little different, with the country ranking in the bottom 40 percent for digital media and in the middle 20 percent for both e-commerce and sharing economy.

The HBR survey is in many ways an extension of the World Bank Doing Business survey – in fact, HBR says their survey is a complement to the World Bank offering, providing the opportunity to not only compare countries in terms of ‘traditional’ business friendliness, but also in the factors which affect setting up digital business.

Back with HBR’s digital business survey, the United States topped the overall list, just edging out the United Kingdom. The Netherlands, Norway and Japan rounded out the top five, followed by Australia, Denmark, Switzerland, Canada and Finland.

So what’s setting the US and UK apart? According to HBR, it’s their market sophistication, supply and institutional boosters for the digital economy, accessibility of data and strong performance in terms of translating the ‘ease’ across all four platforms.

When it comes to Singapore, traditionally well regarded for its digital nous, HBR notes that the country has a high online freelance score with its digital and analogue foundations also in the top 20 percent globally. But restrictions on open data sharing and regulatory constraints on digital media businesses drag the overall score down. Its decision not to be a signatory to the Open Government Partnership – which both Australia and New Zealand are members of – also lowers its data accessibility score.

As to the bottom-runners, Russia was in last place, with Indonesia ranked 41, Turkey 40th and China 39th.