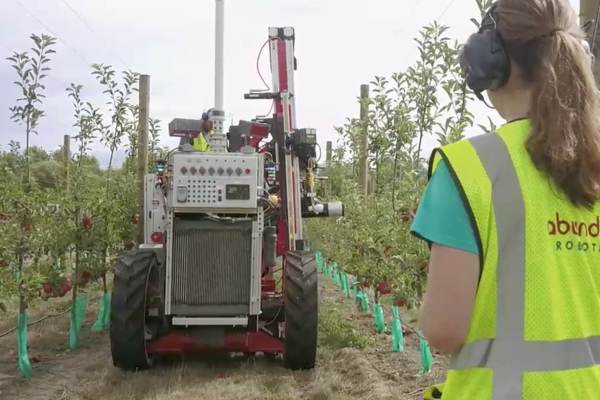 Seasonal labour shortages could be reduced in future, with trials this week in Hawkes Bay of a robotic apple picker.

The picker, developed by Abundant Robotics, uses computer vision and machine learning to recognised and scan apples on the trees for ripeness before sucking them off.

This week’s harvest in Hawkes Bay was the first commercial harvest for the technology, which has been six years in the making. Abundant Robotics started life as a group of researchers in a robotics lab in Silicon Valley.

“Robotic technology reduces the physical demands of the work for our people as well as boosting productivity.”

Creating robotics for fruit picking has proved challenging. Most crop harvesting tools, such as combine harvesters, are based around harvesting the entire plant.

Dan Steere, Abundant Robotics chief executive, says it was technically challenging to create the apple picker, given the need to avoid damaging the trees while harvesting delicate fruit.

“Developing an automated apple harvester requires solving a number of complex technical problems in parallel, from visually identifying harvestable fruit and physically manipulating it to pick without bruising, to safely navigating the orchard itself,” he says.

New Zealand’s Robotics Plus is also working on automation to harvest kiwifruit and apples. The four year collaboration between the Tauranga company and the University of Auckland, University of Waikato and Plant and Food Research garnered a $7.6 million grant from MBIE.

Gary Wellwood T&G Global innovation manager, says the Abundant Robotics’ pickers will be a complement to human pickers, enabling the scarce workforce to instead be used in more skilled roles, such as preparing the canopies.

“Apple-picking is tough physical work and it’s seasonal. Robotic technology complements the work our people do with its ability to pick a large proportion of the fruit, much of it at the upper levels of the trees, reducing the physical demands of the work for our people as well as boosting productivity.

In February, the Ministry of Social Development declared a seasonal labour shortage in Hawkes Bay, enabling those on visitor visas to apply to work on orchards and vineyards in the region.

T&G Global is hoping automation of picking will help with shortages in future.

But while the technology may have potential, Landon-Lane admits it will be some years before all T&G orchards can be harvested robotically.

The robot can’t work in standard 3D orchards, where trees are, well, trees. Instead it requires a 2D setup, with the apple trees espaliered. T&G admits it has taken time to prepare orchards to be robot ready.

Canopy innovation and trialling of different ways to achieve ‘automation compatibility’ has been a feature of orchard expansion initiatives since 2017, with high density planting and specific pruning methods implemented to make the orchards suitable for the robots. 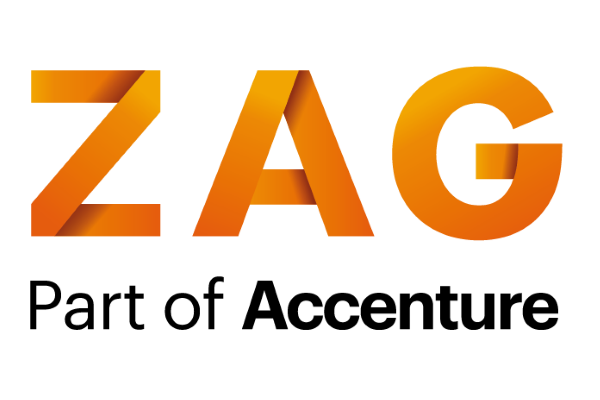